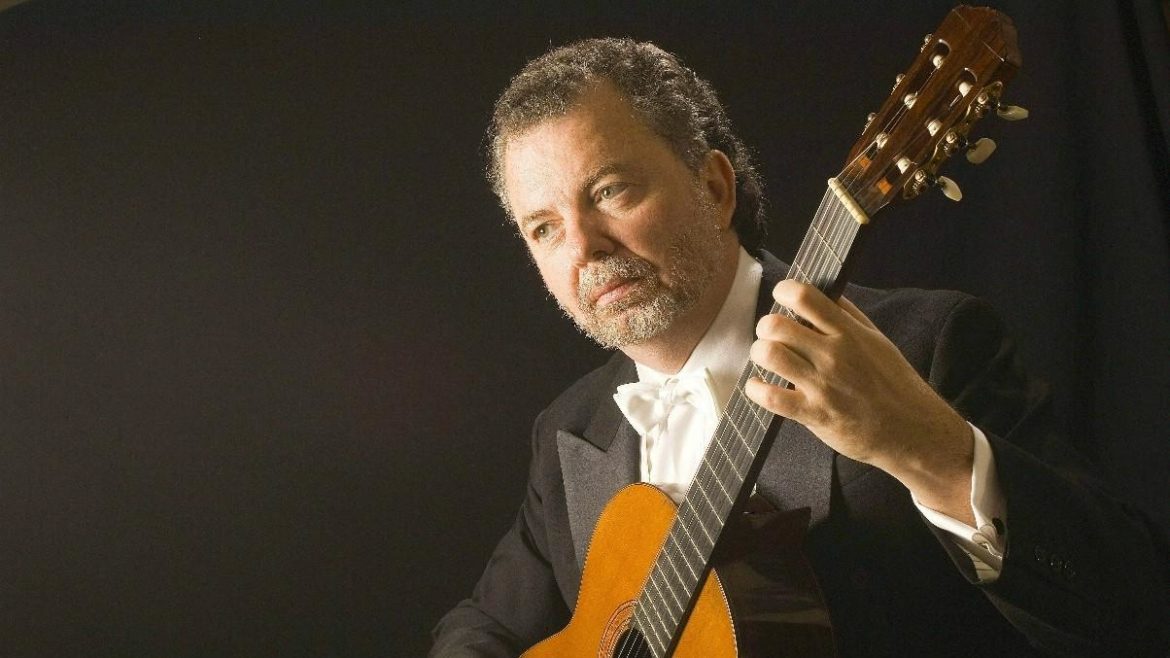 WHERE: Musco Center for the Arts, 415 Glassell St., Orange

TICKETS: $25-$45. All print-at-home tickets include a free parking pass.

It’s been said that the cello voices the human soul. Following that metaphor, the French horn evokes the unearthly. The clarinet can be mournful or merry, especially, if the latter, when it calls on the Yiddishkeit tradition. The piano contains multitudes, from Mozart to Pinetop Perkins. Every orchestral instrument in the western canon, however versatile, has a central identity.

Still, the Spanish classical, or acoustic, guitar remains something of an enigma in its hypnotic effect on the listener. It’s simple in design: six strings (usually) stretched over a long neck and shapely polished box that looks like an abstract version of a woman’s torso. It resists bombast, yet it can blaze with flamenco heat. It can explore the densest intricacies of a Bach partita, and it can hold back the night in a single note. Its range is astonishing and endlessly unfolding; and as Andres Segovia, the kingly patriarch of virtually all modern players, often said, “it contains just a little bit of melancholy.”

Of the small group of virtuoso players who have followed Segovia through the 20th century and beyond, Cuban-born Manuel Barrueco, who plays Sunday at the Musco Center, has sat at or near the top for decades.

To hear Barrueco play is to witness not just masterful intelligence, but a lucidity and central calm informed by a hidden Latin fire, like a high-octane engine under a luxurious hood. In fact, recalling the Lexus TV commercial in which he sat in the back seat playing Albeniz’ difficult “Asturias” to demonstrate the car’s smooth ride, you can believe that if it came under rocket fire in a sudden attack, Barrueco could still play on without missing a note.

His resume is staggering: solo appearances through almost every major city in America, Europe, Latin America and Asia. Solo concert performances with the Russian State Symphony, the Royal Philharmonic, New Japan Philharmonic and the Orquestra Sinfonica do Estado de Sao Paulo, among many others. He’s played the Royal Albert Hall in London, Concertgebouw in Amsterdam, and the Philharmonie in Berlin – also a largely incomplete list of major orchestras. He played the American premiere of Toru Takemitsu’s “To the Edge of Dream” with the Boston Symphony, and the world premiere of Takemitsu’s “Spectral Canticle,” written specifically for him and violinist Frank Peter Zimmermann.

Along with his mastery of the classical canon, Barrueco is a champion of the new and wide-ranging, including works by Steven Stucky, Roberto Sierra, Arvo Pärt and Gabriela Lena Frank. He’s recorded with Al Di Meola, Steve Morse of Deep Purple and Andy Summers of The Police. His Spanish and Latin American repertoire has also made room for Keith Jarrett and Chick Corea. He played Lennon & McCartney with the London Symphony.

He’s a three-time nominee for Grammy Awards and a winner for his 2013 part in adapting flamenco guitarist/composer Manolo Sanlucar’s ballet, “Medea,” performed by the Tenerife Symphony Orchestra. His early Vox recordings are collector’s items. The man gets around.

A major amount of time is devoted to teaching at his alma mater, the Peabody Institute, where a few of his proteges have gone on to world-class careers (Barrueco began his studies at age eight in Cuba). He also established a guitar curriculum at the Manhattan School of Music and gives master classes around the world (which will include, in this trip, Chapman University in a weekend partly devoted to the Orange County Classical Guitar Festival).

His central approach to a piece of music is this, as he recently told Voice of OC: “The first thing I ask is, what kind of style is it? If it’s romantic or classical or baroque, a certain amount of information goes along with that. I look at what makes different styles, or how ideas in those styles are developed, like one Hemingway book compared to another. It’s a story, you have to know what it’s trying to tell you, where the climax is, and the high and low tensions. Then you begin to go through every moment.

“When you play a piece of music,” he added, “it should almost sound like it’s being improvised. You have to live with it, like a person, until you feel like it’s playing on its own. You sing through the instrument. It has different possibilities, different beauties you want to make use of. At the end, what you try to do is put it all together in a way that will be as convincing and interesting as possible.”

Says Kanengiser, “Before I went to college, I got a copy of his record where he plays some Villa-Lobos etudes. It was a complete revelation to me that anyone could play with such technical control, and with such elegance and grace. It was the first time I heard a guitarist sound like a world-class pianist. His large gestures and sweeping control of dynamics and rhythm were like a whole other level of refinement.”

At USC, Kanengiser took master classes with Barrueco. In his first, “He really took me to task for not singing what I was playing, not singing out loud, but singing the lines while I was playing. His manner was a European style of tough love. It was important to hear that at that point in my career. He established a much higher level of musical integrity. As a recording artist and performer, he established his cred with his Albeniz album, ‘Cataluna.’ Hearing that, the world would never be the same.”

Barrueco is 67, but his mixed memories of life in Cuba are glowing for its innately rich musical environment, where “popular song was almost on the level of Gershwin” and the Buena Vista Social Club would qualify as just another neighborhood band.

Barrueco’s recollections are also bitter and painful. At age 14 he had to flee with his family after Fidel Castro took power. “We had to leave my sister and her husband behind. We left the house, the guitar, my baseball team. My father was a businessman. We had a pretty nice existence. But if you were not a communist, you were a social outcast. Indoctrination was everywhere. If you were against the system, you were an enemy of the people.

“It was a lack of freedom,” he added. “Kids were brainwashed. We left because it became an economic problem. The government took everything we had, the house, everything. People were beginning to disappear. In Miami, we were reunited with cousins. It became one of the happiest moments of my life, because we went from the fear and repression in Cuba to being reunited with family.

“For people who have never lived in a system like that, it’s impossible to understand how a government can have so much control. People should have the right of self-determination. That’s the beauty, even if it’s flawed, of democracy. People have the right to change, without bullets.”

Barrueco’s Sunday performance will open with Renaissance composer Luis Milan’s “Six Pavans,” and follow with Hector Angulo’s “Yoruba Chants from Cuba,” “The Cuban Dances” by Ignacio Cervantes and “Preludio y Danza” by Julian Orbon. He’ll also play selections from Spain’s famed classical composers: “La Maja de Goya” and “A la Cubana” by Enrique Granados; and four pieces by Isaac Albeniz, including “Asturias,” the one he played so effortlessly in the Lexus ad, as if it were a perfectly natural thing to do.

Lawrence Christon is a contributing writer for Arts & Culture at Voice of OC. He can be reached at lrchriston@hotmail.com.