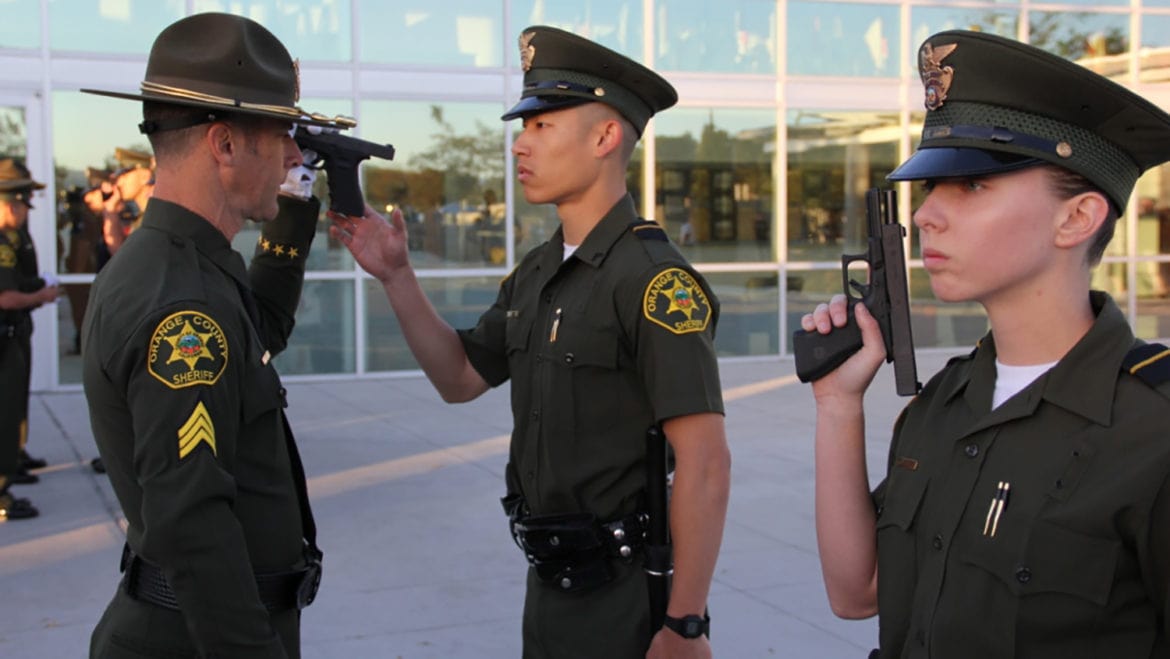 This month, Orange County supervisors endorsed an effort by the deputy sheriff’s union to keep a series of misconduct records secret, in direct opposition to a new state law seeking to open up public access to records about officers’ use of force, sexual assaults or lying while on duty.

Orange County Counsel Leon Page initially sent his lawyers into court to fight the abrupt legal request from the deputy sheriffs union late last month. He also alerted local media, including Voice of OC, which also showed up in court to defend First Amendment rights of access to public records.

Our lawyers tell us Page’s actions saved the county from being sued by media groups.

Yet following the first court date, Page was publicly rebuked by supervisors in open session at the Jan. 29 meeting – led by Supervisor Andrew Do, who benefitted most recently in the 2016 cycle from a crucial, six-figure campaign mail effort funded by the deputy sheriffs union.

Supervisors’ Chairwoman Lisa Bartlett co-sponsored the initiative that also seeks to take Page out as lead spokesman on legal matters and replace him with the County Public Information Officer – until supervisors figure out how they can run the county counsel office and develop political positions on county cases.

This is dangerous stuff, with ominous implications.

County supervisors are hoping you don’t understand their play, which is why their public discussion on Jan. 29 was so cryptic regarding their concerns.

Yet after supervisors went into closed session that afternoon with Page, his lawyers ceased their effort to protect the public’s right to know in Orange County.

That means this Thursday, when we go back before Superior Court Judge Nathan Scott to oppose the union’s request to seal misconduct records, your media representatives – Voice of OC, the LA Times and So Cal Public Radio – will go in alone, without the County of Orange.

That’s entirely thanks to Orange County’s Board of Supervisors.

Your county counsel did his job.

A little too well, it seems.

It reminds me of the summer of 2017 when your Registrar of Voters Neal Kelley worked with state officials to develop a new concept around voting centers – ie: making it easier for people to vote.

Kelley was allowed to work with state voting officials on the concept until partisan politicians at the state level found out and concluded that such efforts wouldn’t help out Republican results.

After engaging your local board of supervisors, the result was similar.

Kelley was thrown off the project – embarrassed at the state level for the nakedly partisan action of his bosses.

Again, he did his job, too well.

It’s a wonderful message to send out into the public executive ranks.

It works well for campaign donors as well.

It’s clear they get service in Orange County.

The public, in turn, gets a subpar standard.

Consider the implications for police accountability.

Gov. Jerry Brown signed the new law, SB1421, into effect last fall after state legislators adopted it against the wishes of just about every police union in the state. The legislation, sponsored by State Rep. Nancy Skinner, D-Berkeley, came in direct response to popular concerns about a lack of accountability regarding police misconduct in California.

Skinner’s bill put the legislature clearly on the record regarding the importance of accountability in terms of maintaining public confidence in law enforcement.

“Peace officers help to provide one of our state’s most fundamental government services. To empower peace officers to fulfill their mission, the people of California vest them with extraordinary authority- the powers to detain, search, arrest, and use deadly force. Our society depends on peace officers’ faithful exercise of that authority. Misuse of that authority can lead to grave constitutional violations, harms to liberty and the inherent sanctity of civilian life, as well as significant public unrest.

The public has a right to know all about serious police misconduct, as well as about officer-involved shootings and other serious uses of force. Concealing crucial public safety matters such as officer violations of civilians’ rights, or inquiries into deadly use of force incidents, undercuts the public’s faith in the legitimacy of law enforcement, makes it harder for tens of thousands of hardworking peace officers to do their jobs, and endangers public safety.”

Over the holidays, just before the law was scheduled to go into effect, the San Bernardino County Deputy Sheriff’s union attempted to head straight to the state Supreme Court to immediately block access to the records on a statewide basis.

Supreme Court justices did not rule on their request.

After that, police unions across the state went into local courts to argue that the new state law can’t be applied retroactively to incidents that have already occurred. They also argue the legislature doesn’t have the right to change their protected status.

Primarily, they have all filed what are called “reverse Public Records Act” cases against numerous California counties where the unions are seeking to have responsive records withheld as a block.

They are going to court to protect their members.

Last month, your publicly-funded county lawyers went into court and argued eloquently that the records were public and that the Sheriff’s Department would soon start to produce responses to pending public records requests – as did other counties.

But now, your elected representatives in Orange County have ordered your attorneys to stand down, so they won’t be there in court later this week to keep protecting your right to know.