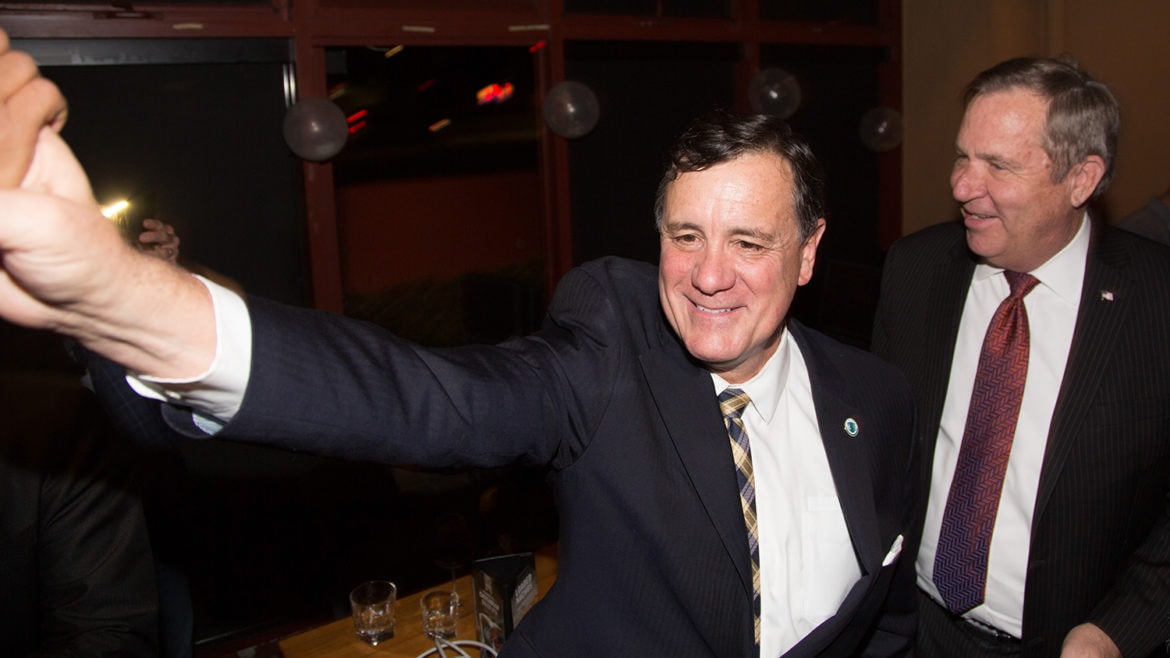 Irvine Mayor Don Wagner is maintaining a strong vote lead from a special election Tuesday, likely cementing a strong Republican supermajority on the Orange County Board of Supervisors until at least 2021.

The latest official vote count, released at 5 p.m. Thursday, showed Wagner leading Democrat Loretta Sanchez by 3,324 votes, with 1,573 known ballots remaining to be counted. (Additional mail-in ballots from Election Day can arrive at the election office as late as 8 p.m. Friday, which is the final deadline for all ballots to received.)

Wagner’s vote lead has widened or held steady with each update, which as of Thursday evening was based on 70,593 ballots counted and reported.

“I’m very gratified by the results, and thankful to the voters of the 3rd District for the opportunity to serve them in this capacity,” Wagner told Voice of OC Thursday evening after the latest results were released.

“I promise to work hard every day, and realize the county has a number of important issues that need attention. And with the Board of Supervisors now at full strength, we can give those issues the full attention they deserve.”

Sanchez – the only Democrat in a field of seven candidates – had not conceded as of Thursday evening, with her campaign saying it is “waiting for all votes to be counted in the race.”

The closely-watched race for 3rd District, the seat formerly held by District Attorney Todd Spitzer, will influence the power and policy dynamics on the powerful county Board of Supervisors.

Board members oversee the sprawling $6 billion-per-year county government in charge of law enforcement budgets and contracts, homeless services, mental health programs, child protective services, county regional parks, as well as where the county’s first veterans cemetery might be, among many other duties.

Republicans have safely won all five supervisor seats for more than a decade, though elections for the powerful Board of Supervisors are getting more competitive.

Hundreds of thousands of dollars in campaign money was spent supporting Wagner and Sanchez, with the largest financial support coming from a handful of companies and unions rather than individual donors.

Wagner received major campaign support from Great Park developer Five Point, which gave to the Friends of the Great Park PAC, which in turn gave to the Engage OC committee that spent directly on ads supporting Wagner.

Sanchez, a former Congresswoman, received major financial backing from the largest union for county workers, the Orange County Employees Association, and the county firefighters’ union, through their independent expenditure committees.

Democrats tried to position themselves for a potential a three-person majority on the board in early 2021, by electing Sanchez and flipping another Republican supervisor’s seat next year – that of Supervisor Andrew Do, who won election in 2016 by a 0.4 percent margin.

Strategists on both sides of the aisle still see next year’s 1st District race for Do’s seat as competitive, given the demographics and Democrats’ 17 percentage-point voter registration advantage in the district.

Wagner, if he’s certified as the winner, will finish out the remainder of Spitzer’s term and will face re-election again next March, when Spitzer would have been up for re-election.

The 3rd District runs from Irvine up through Orange, Tustin, Anaheim Hills, and Villa Park to Yorba Linda. The district also includes the county’s inland canyon communities that fall outside of cities. Republicans have a 3.4-point advantage in voter registration in the district, with 34.7 percent of registered voters to Democrats’ 31.3 percent.

Among the five supervisor districts, Do’s central county 1st District has the strongest Democrat advantage in voter registration, with 41.7 percent of voters registered as Democrats and 24.4 percent registered as Republicans, according to the latest data from county election officials.

About half of the ballots left to count after election night were mail-in ballots turned in at polling places. That practice has been aided in recent elections through campaigns going door-to-door to collect mail-in ballots from voters, known as “ballot harvesting.”