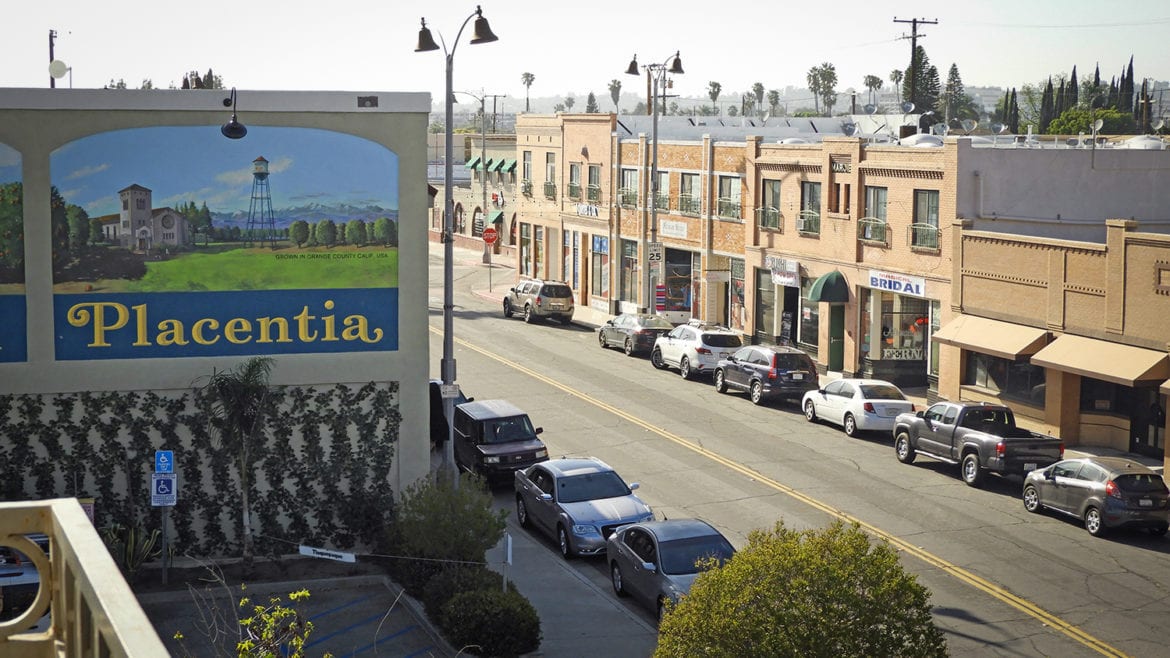 A portion of Old Town Placentia on the corner of Santa Fe and Bradford avenues. April 24, 2019.

Old Town Placentia will see some street and sidewalk upgrades, along with other infrastructure, after County Supervisors took the initial step to partner with the city to help fund the state’s first redevelopment through county-city tax increment financing.

The move is the result of a state law former Gov. Jerry Brown signed in 2014, which established the creation of Enhanced Infrastructure Financing Districts, designed to help offset the State’s dissolution of Redevelopment Agencies.

“This has been on the books now for almost five years … I’m very happy to see this come forward for one of my cities,” Supervisor Doug Chaffee said at Tuesday’s meeting.

Chaffee, who brought the item to the board, said the move to fix the aging streets, sidewalks and other infrastructure in the old town area by Melrose Street and Chapman Avenue, will help bolster profits for local businesses and benefit residents in the area. The project area borders Fullerton and Anaheim. 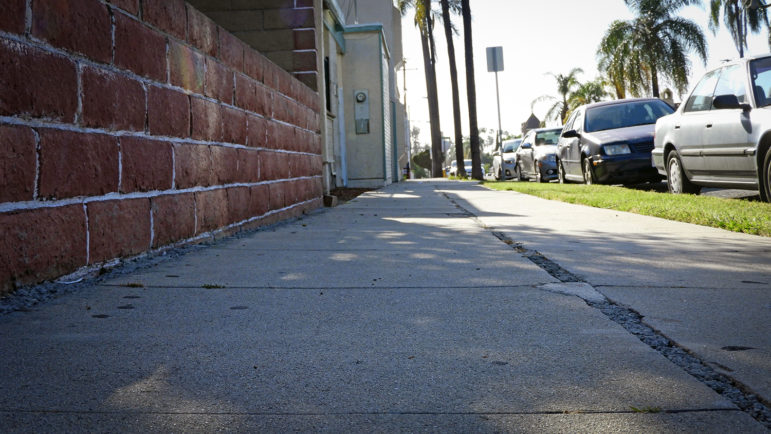 An aging sidewalk that’s had a large crack filled with asphalt in Old Town Placentia on April 23, 2019.

The county took the first step in the process of creating the financing district and no funding commitments have been made yet.

Supervisor Michelle Steel was the only dissenting vote because she said she wanted to see a board policy in place before beginning to partner with a city to create a financing district.

“I have many concerns about going down this road …  we have limited property tax dollars and Orange County gets less in property tax than any other county in this state,” Steel said. “This item is putting the cart before the horse.”

The financing district won’t draw property tax revenues from local school districts, according to the staff report. The move is expected to raise the area’s value from $365 million to $460 million.

The county will contribute 46 percent of the existing property tax increments generated in the financing district boundaries — $3.5 million over 20 years, according to the staff report.

Tax increment financing is basically jurisdictions funding redevelopment and banking on higher property taxes after the projects are finished to recover development costs and generate new tax revenue because the area should be able to attract new property owners.

The financing plan isn’t expected to come before supervisors until June.

Supervisor Andrew Do said while he supports the item, he would like to see a concrete policy also.

“I applaud the city for its due diligence. I do believe at the end of the day we gain more in increased tax revenues than we give up, through this vehicle,” Do said. “The question I have … is one of policy. There are certain fundamental questions that we must ask ourselves. Even if it is rare, it still should be guided by policy.”

He also questioned what the County financing threshold should be.

“Should there be a cap how much the County supports projects? 100 percent? 80 percent? 60 percent?” Do said. “For how long should there be a cap? And ultimately how the process through which any proposals in the future should get to the board. We don’t want proposals, not in this case obviously, that are half baked.”

But the County can simultaneously move forward with Placentia’s plan and create a policy for future financing districts, Chairwoman Lisa Bartlett said.

“I think this can run parallel,” Bartlett said. “Today is just establishing the district or the intent. It has to go through a number of future phases with approvals … So it’s not like we’re approving a project or approving any tax increment today.”

There will also be an oversight committee that will have two County supervisors on it.

Placentia City Councilman Ward Smith, reading a letter from Mayor Rhonda Shader, told supervisors the redevelopment partnership will bring in more tax revenues for both the County and the city.

The project “would generate approximately $15 million in net fiscal benefit to the County of Orange over the next 50 years. The city will be able to leverage this financial tool to produce over 1,600 new housing units, create 3,900 construction jobs and over 1,100 permanent jobs at full build out,” Smith said.

“Furthermore the project will provide over $160 million in ongoing annual economic output and will have significant transit, housing and sustainability benefits for the entire county,” he said.

Smith also said the redevelopment partnership will be the first county-city tax increment financing district in the state and can be an answer to cities’ redevelopment woes after the dissolution of redevelopment agencies in 2012.

“The [partnership] is a limited tax increment financing district created after the dissolution of Redevelopment Agencies in 2012,” Smith said. “This important project is a perfect example of how well thought out a conservative public-public partnerships can thrive in a post redevelopment world.” 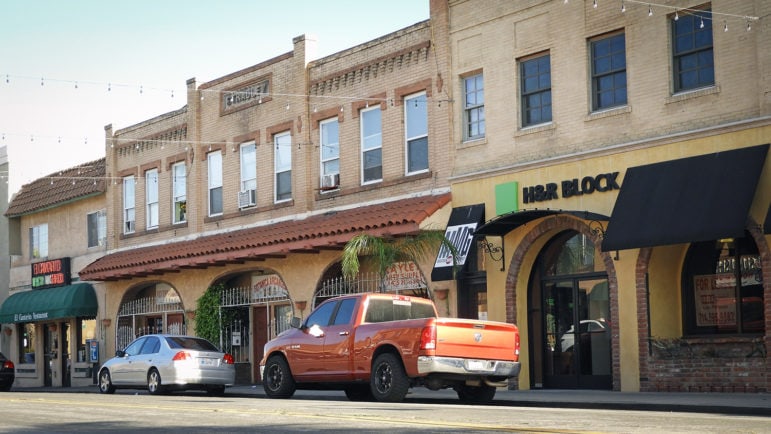 A view of Old Town Placentia on Santa Fe Avenue and Main Street on April 23, 2019.

Supervisor Don Wagner acknowledged some abuses of Redevelopment Agencies, but said Sacramento’s move was a cash grab. Wagner was an assemblyman when the agencies were dissolved in 2012.

“There’s no question there was some abuses of redevelopment. But I was in Sacramento and I can assure you it was a money grab,” Wagner said. “It had nothing to do in terms of getting rid of redevelopment abuses.”

Placentia City Councilman Chad Wanke said the partnership could be a model for other jurisdictions.

“…it will be the first county-city [financing district] in the state … we can show the rest of the state how we can work together to find solutions that aren’t imposed on us by the state,” Wanke said. “It won’t just benefit the city, it will provide a countywide benefit.”