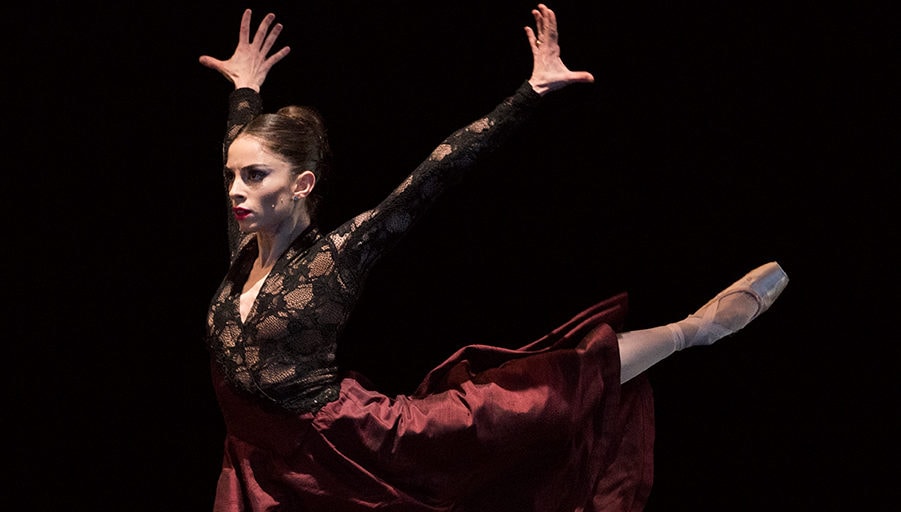 Ever since its first season in 2005, the Laguna Dance Festival has been held annually in the town of its birth. It was founded by Jodie Gates, a former Joffrey Ballet star, who has been an enthusiastic Laguna resident since she settled there after accepting an appointment with the UC Irvine dance department more than 15 years ago.

Gates told me it was one of her dreams to organize an annual showcase of world-class dancers and companies in a town that she had fallen in love with. Laguna’s alluring combination of culture and natural beauty had charmed Gates when she first visited many years before.

But times change. Gates has moved on to the University of Southern California, where she runs the esteemed Glorya Kaufman School of Dance, and she lives part of the time in L.A. County now. And this year, for the first time, the Laguna Dance Festival’s main event will be held not in Laguna but Irvine. The announcement was made last week, along with a tentative program for the 15th annual festival.

“I’ve been pondering the next steps for the Laguna Dance Festival – its brand, what else it can do for Laguna Beach and Orange County,” Gates said. “And the opportunity to perform at such a beautiful dance house came our way at a time when we have no home in Laguna.”

Gates said she was unable to get the dates she wanted at the Laguna Playhouse for this year’s festival – customarily it is held around Labor Day, though some years it has been held at other times in the late summer and fall – because the playhouse’s busy calendar didn’t have the open days.

“The challenge of getting dates soon enough to hold the festival in the fall was tough,” Gates told Voice of OC. “I had to sign the companies I was interested in by a certain date, or I’d lose them. Many of them tour, so their calendars are set long in advance.” As a result, the dance festival must always plan according to a much longer timeline than the playhouse does.

Ellen Richard, the playhouse’s executive director, makes the final call on scheduling, and her first priority is the theater company that she runs there. She said she wanted to accommodate the dance festival’s wishes, but her theater seasons are getting increasingly busy. “We do seven subscription shows a year and it sometimes takes a ridiculous amount of time to set our season,” Richard said. Because of the complications of programming their own line-up, “we are only able to give out dates to the dance festival and the (Philharmonic Society’s) music festival once our season is set.” This year, Gates and her group couldn’t wait that long.

May 17: Annual Spring Soirée at [seven-degrees] with live dance performances.

Sept. 29: RUBBERBANDance at the Irvine Barclay Theatre. Pre-show talk. Master class by the company at 10 a.m.

One person who’s delighted with the change of venue is Jerry Mandel, president of the Irvine Barclay Theatre, which will host the principal concerts of this year’s Laguna Dance Festival.

“I’ve known Jodie for years,” Mandel said. “She’s such an important person in the dance field. She approached us when she realized that (the Laguna Playhouse) didn’t have the dates she wanted.”

While Mandel was quick to claim that he had no intention of stealing one of Laguna’s premiere performing arts events, he thinks the move makes sense. “We’re a great dance facility,” he said of the Barclay, which at 750 seats holds considerably more patrons than the Laguna Playhouse. “Our stage is perfect for dance; it’s large yet intimate. And we have a longstanding dance tradition and a loyal dance audience here.” (Mandel’s predecessor, Doug Rankin, developed an impressive dance season that featured unusual and seldom-seen companies). “My hope is that this (venue) will help Jodie expand what she wants to do,” Mandel said.

Many of Laguna arts patrons, on the other hand, were understandably upset with the Laguna Dance Festival’s announced departure.

“I’m pretty steamed up about it,” said Chris Quilter, a longtime supporter of the arts in Laguna and a familiar face at many of the town’s major performing arts events. “Here’s what I don’t understand: the Laguna Playhouse has become a presenting house. They originate very little new programming of their own. And yet, for some reason, they don’t consider the dance festival, or the (Philharmonic Society’s annual) music festival for that matter, as important parts of their season. The music and dance festivals ought to be considered jewels in the playhouse’s crown, instead of being viewed as impediments to the rest of the theater’s programming.”

Quilter is also frustrated that the city’s arts commission, a panel that meets twice a month, hasn’t discussed the playhouse’s programming issues. The commission’s purpose, as stated on the city’s website, is to “advise city council about matters pertaining to artistic and aesthetic aspects of the city. This includes rules and regulations necessary for the administration and preservation of fine arts, performing arts, and aesthetic aspects of the community.”

“The arts commission is mute on this issue,” Quilter said. “There have been no public discussions, which I cannot understand.”

A spokesperson for the arts commission confirmed Quilter’s statement. “The Arts Commission has not discussed the matter, therefore a commissioner could not represent the body and make a comment,” said Siân Poeschl, the city’s cultural arts manager, in an emailed response to an interview request.

Clearly, it would be helpful if city representatives took a leadership approach to the problem. It seems like a no-brainer to guarantee specified times in the calendar for two prestigious festivals that epitomize the city’s image-making ambitions, especially in a theater that benefits financially from the city’s largesse and pro-arts tax policy.

On the other hand, the 50-year-old playhouse is seriously in need of major upgrading, and the newer Irvine Barclay Theatre has undergone significant improvements under Mandel’s direction. There’s an equally good argument to be made for the Laguna Dance Festival to perform in a welcoming and well-maintained environment, regardless of its location. Ultimately, the arts thrive where they’re treated well – and Laguna could improve in that regard.

Paul Hodgins is the senior editor of Arts & Culture at Voice of OC. He can be reached at [email protected]