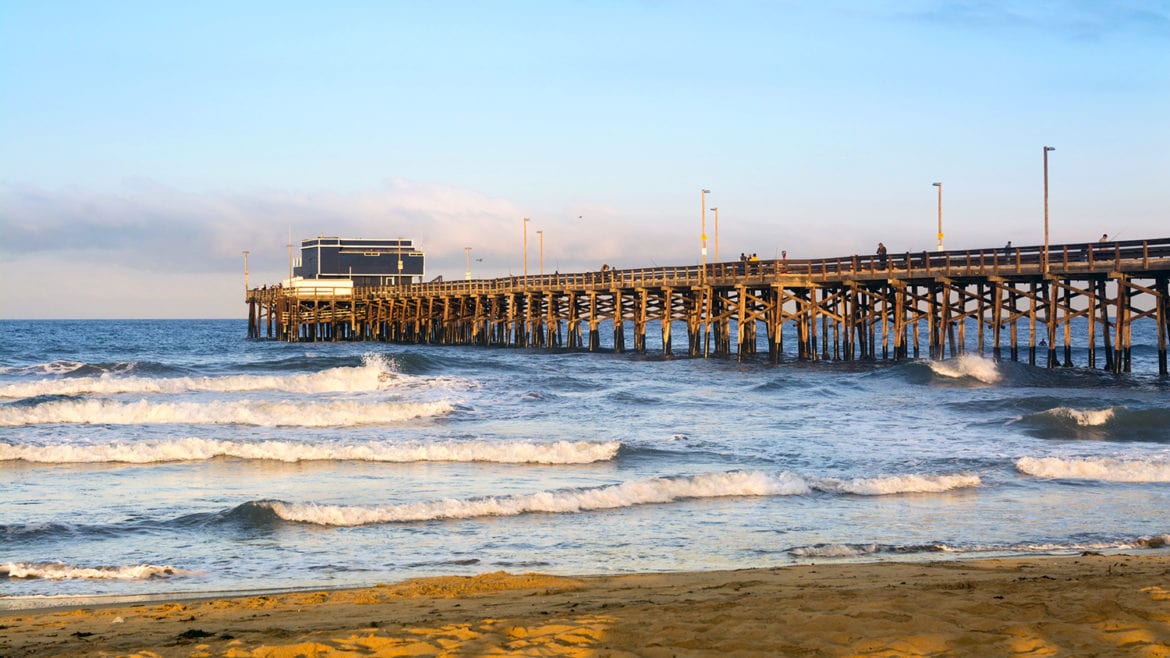 It’s hope-inspiring that a bipartisan bill was introduced in the House of Representatives in January which could save our children and grandchildren from what scientists tell us is an ongoing and growing climate disaster affecting everyone, including residents of Orange County (O.C.).

The evidence is incontrovertible that the climate is in crisis and that burning fossil fuels is the primary cause. A recognized global authority on climate change has warned that there is precious little time left, just 12 years, to drastically reduce greenhouse gas (GHG) emissions enough to avert the worst effects of climate change.

Sea Level Rise
As in other coastal communities, most of the worry in O.C. about climate change has centered on the pressing issue of sea level rise and coastal flooding from warming oceans and melting glaciers and ice sheets. Climate-driven sea level rise dramatically amplifies coastal flooding from any storm. A global average sea level rise of at least one foot and up to eight feet is predicted by 2100, according to the National Oceanic and Atmospheric Administration (NOAA). This range reflects uncertainty in how the rate of sea level rise will increase in future decades. Be mindful also that sea level will continue to rise for centuries after because of global warming.

Sea level rise is not uniform across the globe because of differences in land movement (sinking or uplifting), ocean dynamics, and effects of lost sea ice on the Earth’s gravitational field. Climate experts at the non-profit research organization Climate Central use NOAA’s regional sea level monitoring data to make localized future predictions about flooding events. The flooding forecasts for O.C. are frightening even though this coastal community is expected, for now, to fare somewhat better than others nearby.

For example, because of climate change, by 2060 the likelihood that O.C. will experience at least one flood every year exceeding three feet above the current high tide line approaches 100 percent. Over 10,000 people in O.C. live below the three foot mark and are unprotected by mitigating features, like levees. This includes well over 6,000 people defined as “low social vulnerability,” which means that affluence is no protection. This makes obvious sense given the price of beachfront properties.

The five O.C. zip codes likely hit hardest by future flooding are 92661, 92662, 92663, 92646 and 92647. You can use Climate Central’s online tool to see what kind of flood risk your property could experience in upcoming decades. Coastal cities like Newport Beach are starting to grapple with the implications of taking proactive preventative measures now versus a more wait-and-see approach to flooding.

Sea level rise brings other threats to coastal communities, like seawater intrusion which causes accumulation of salts in groundwater aquifers, in surface waters, and in soils. Some accumulation of salts in coastal environments occurs naturally from storm surges and tides, but in the absence of climate-driven sea level rise, the impacts occur very gradually over the course of 100,000 years or longer in concert with glacial and interglacial cycles. Sea level rise from global warming is occurring on a time scale of decades or even less, which translates into imminent threats to drinking and irrigation water derived from local aquifers (the source of about half of the county’s water supply), to crop production in affected soils, and to wildlife in fragile coastal ecosystems like wetlands.

Seawater intrusion is already threatening O.C.’s coastal aquifers. The OCWD (Orange County Water District) injects water into wells placed along the perimeter of groundwater basins to create hydraulic barriers preventing seawater from migrating inland to where water is pumped out. Elevated salt levels beyond the barriers in recent years confirm the intrusion of seawater and are forcing OCWD to create more injection wells.

The Energy Innovation and Carbon Dividend Act
Sea level rise is just one of many hidden costs of burning fossil fuels. The prolonged droughts and spates of deadly wildfires in California in recent years have made such costs all too real. Others we can expect if action is not taken to tackle the climate crisis include increasing poverty, food and water shortages, social unrest, mass migrations, and spread of diseases.

By putting a price on carbon emissions, TheEnergy Innovation and Carbon Dividend Act (H.R.763) shines a spotlight directly on the hidden costs of burning fossil fuels and very swiftly reins in GHG emissions. Here’s how it would work and how it’s a win-win for the public and industry.

A steadily rising price is placed on the carbon content of fossil fuels – coal, oil and natural gas – when they enter the economy. It starts low ($15/ton of CO2-equivalent emissions) and increases yearly by $10/ton until GHG emissions are reduced by 90 percent. The predictable increases in fossil energy prices stimulate the market-driven innovation needed to transition to renewable energy sources, all without government intervention: no subsidies and no new rules and regulations.

Consumers are protected from the expected rise in the cost of fossil fuel-based energy by returning all the money collected to American residents in equal monthly carbon dividends. Because rich and poor receive the same dividends, the majority of low and middle-income families actually break even or come out ahead, and everyone is free to spend the dividends as they please. What’s more, because carbon pricing adds nothing to government coffers, politicians on both sides of the aisle can support it.

H.R.763 is an American led global response to climate change. The bill imposes a carbon border fee on imported goods from nations which fail to impose some form of a price on GHG emissions. In addition to nudging other nations to follow suit, the border tariff enhances the competitiveness of American firms which are more energy-efficient than their global competitors. It also discourages American business from relocating to places where they can pollute more.

H.R.763 promises to reduce carbon dioxide emissions in 2030 by 40 percent compared to 2016 levels and by 90 percent in 2050, according to a widely respected economic modeling firm. In 20 years, national employment should grow by close to three million jobs and over 200,000 American lives would be saved by the reduction in air pollution. The cost of health care would fall as we move away from highly polluting fossil fuels, which sicken many, especially the very young and old.

There is widespread agreement among economists, both Republican and Democrat, that pricing carbon and returning the money to consumers is the most cost-effective solution to the climate crisis. H.R.763 has already earned the backing of several societal organizations, including the Presbyterian and Episcopalian Churches, U.S. Conference of Catholic Bishops, Evangelical Environmental Network, Young Evangelicals for Climate Action, Environmental Defense Fund and Nature Conservancy.

It is widely believed that a carbon-pricing bill will pass – the only question is when. It’s up to the public to let Congress know we want action on climate change now. The three new House members representing O.C. who have already signed on as cosponsors of H.R.763 deserve our heartfelt thanks: Gil Cisneros (D-39th), Harley Rouda (D-48th) and Mike Levin (D-49th). We must insist that the four others representatives covering O.C. do the same: Linda Sanchez (D-36th), Katie Porter (D-45th), Lou Correa (D-46th) and Alan Lowenthal (D-47th).

And, start talking to your family, friends and neighbors about the climate crisis and this critical legislative step toward a healthier, more prosperous and sustainable future. Nothing short of the planet’s livability is at stake.