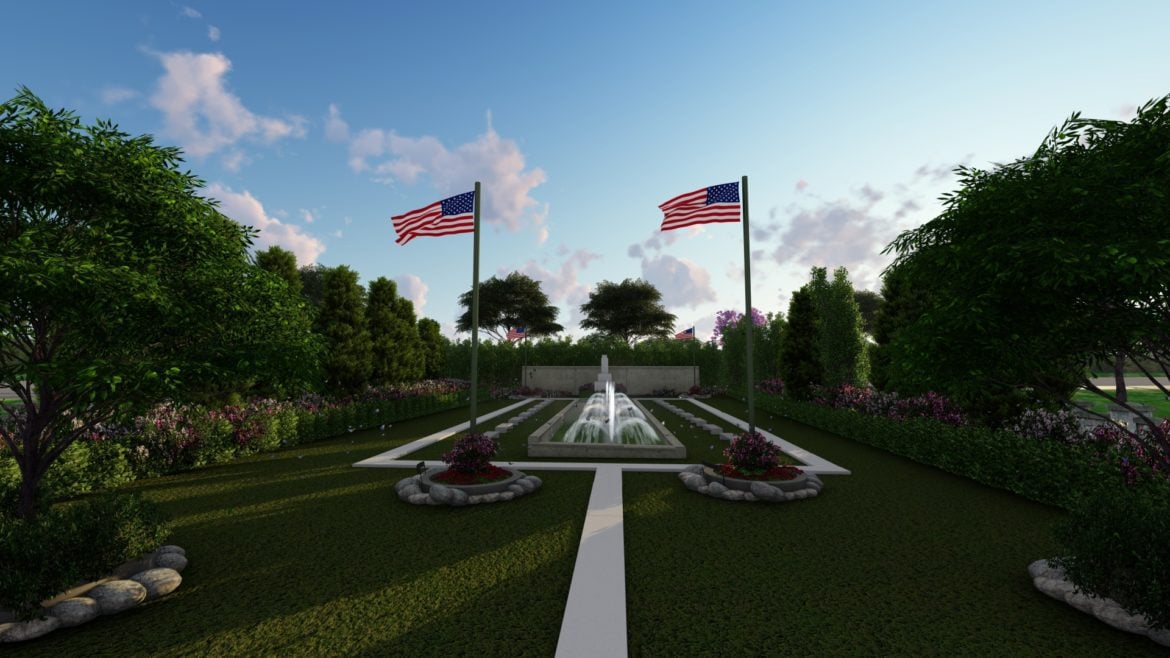 Mayor Christina Shea had her opinion posted on May 23rd on this site that favors abandoning the original location of the Southern California Veterans Cemetery, the 125-acre ARDA (Amended and Restated Development Agreement) site in the Great Park, in favor of an alternate Great Park location, the so-called “Golf Course” site.

CalVet spent $500,000 to thoroughly analyze the ARDA site and prepare a design for a Veterans Cemetery.  That 333-page “Concept Plan,” released in June 2016, is available on “BuildTheVeteransCemetery.org” under the Documentation tab.  In the Concept Plan is a cost estimate of $30 million for removing the asbestos from, and then demolishing the buildings, removing some lead-contaminated soil, and preparing the entire 125 acres for the Veterans Cemetery that will be built in 10 phases over a period of 100 years!

The cost estimate also includes $47 million to build the first phase of the cemetery, accommodating 10 years of burials, including administration and services buildings and a surrounding, tree-lined path, berm and screening wall.  As City parkland, that $30 million for clearing the site would have to be spent regardless what features are built on it.

Mayor Shea makes a cost comparison of the ARDA site with the Golf Course site, except that there has never been an analysis of the Golf Course site concerning its suitability for a cemetery, nor a cost estimate, so any cost comparison is fiction.  What is true, however, is that the main 8,000 foot and 10,000 foot runways of the base do not pass through the ARDA site, as Mayor Shea would have you believe.  One main runway, 39” thick (!), does, however, pass through the Golf Course site.  According to Shea, that runway has been broken up, though its cost for removal has not been estimated.

What has been estimated is the cost to remove the runway and apron on the ARDA site, which is the original, comparatively short and relatively thin runway built when the base first became operational.  Its cost for removal appears in the CalVet cost estimate as roughly $1.5 million.  However, it has been proposed that that runway and apron, as well as the iconic control tower, be retained as part of an air museum, so WWII era airplanes can land and be displayed for air and ground shows.  In fact, that proposal has been incorporated into a video rendering of the proposed Southern California Veterans Cemetery.  There are no such historic artifacts on the Golf Course site.

Mayor Shea also mentions that the ARDA site is bifurcated by a major road, Cadence Boulevard.  That is the reddist of red herrings.  The ARDA site with Cadence Boulevard running through it was approved by CalVet, and then by the U.S. Department of Veterans Affairs in September 2016.  In any case, burial areas across Cadence Boulevard will not be needed for 70 years!  Meanwhile, it could be a forest for walks or meditation.

On May 23, 2019, the State Assembly, on a 67-1 vote, passed AB 368, putting the Southern California Veterans Cemetery back on the ARDA site.  The only dissenting vote was from Assemblymember Steven Choi (former Mayor of Irvine)!  It had already been passed out of the Assembly’s Veterans Affairs and Appropriations Committees with unanimous votes.  It now goes to the Senate and then the Governor.  The plan of the bill’s legislative proponents is that the State will entirely fund the Veterans Cemetery with three $30 million grants in the next three years’ budgets, covering inflation escalation.  The State will then build succeeding phases and maintain the Veterans Cemetery in perpetuity, at no cost to the City.

Lastly, Mayor Shea states:  “Decisions affecting local government control should not be made blindly and without full transparency and disclosure.”  Agreed!  However, Measure B, strongly supported by then council member Shea, would have rezoned the ARDA site for 812,000 square feet of commercial development, and then by separate, secretly negotiated agreement signed by then Mayor Wagner, have virtually given away that site to developer FivePoint in a highly unbalanced land-swap.  The City would have received a pittance in return and residents would have been beseieged by a massive increase in traffic in north Irvine.

Well, Measure B was resoundingly defeated, 63% to 37%.  The residents of Irvine saw through the scam and shouted loudly that they want the Veterans Cemetery at the original ARDA site.  It’s already been too long for the City Council to finally fulfill the will of the people, rather than come up with ridiculous and unfounded excuse after excuse, while being beholden to a developer rather than to the residents.

Harvey H Liss, P.E., Ph.D., is currently a writer and editor of Irvine Community News & Views.  He has resided in Irvine for 42 years, and was an Irvine Planning Commissioner in 2014.  A former assistant professor of civil engineering and applied mechanics, he was afterwards, in the late 1970s, project civil engineer for the Irvine Village of Woodbridge’s NE quadrant.  He is a California licensed professional civil engineer.