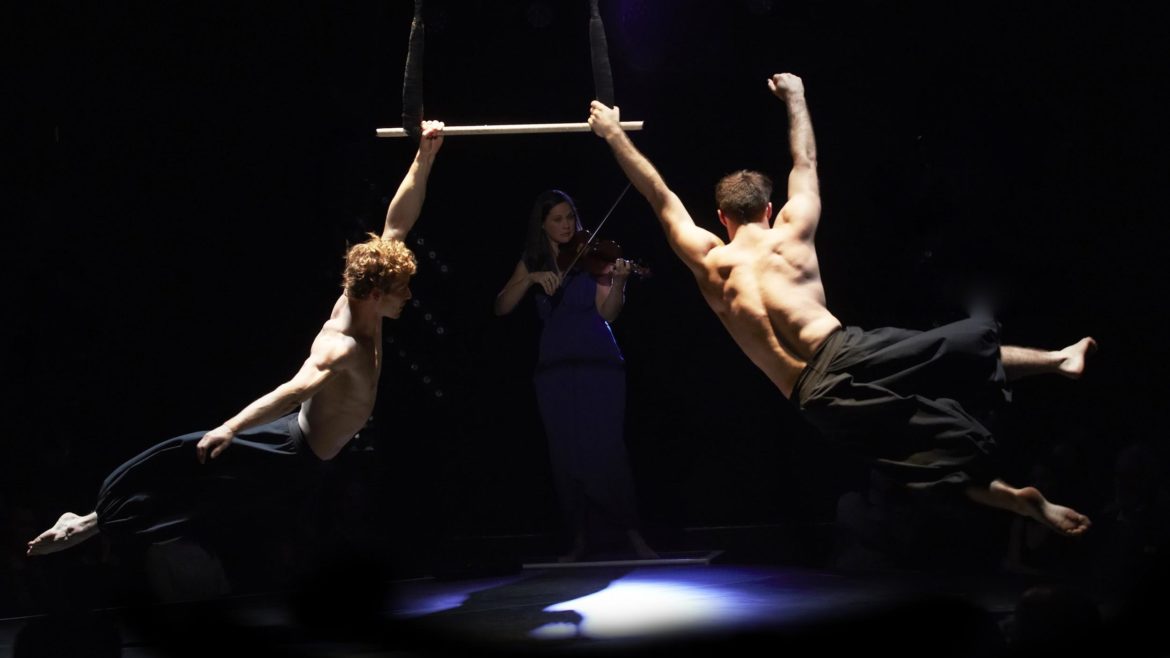 Circa Contemporary Circus features three performers and a violinist.

Circa’s ‘What Will Have Been’

There’s the classic circus – big top, big animals tamed from the wild, parades of clowns and, of course, a ringmaster – and then there’s the contemporary circus.

The latter is what most people today think of when you say “circus,” and the success of entities like Cirque du Soleil has spawned a plethora of new circus troupes throughout the world.

One you’ve probably not heard of may eventually come to be referred to as “triple C.” For now, though, Circa Contemporary Circus is carving a niche for itself by blending the acrobatics and contortions of the human body with a musical soundtrack that mixes the classical strains of Bach with the modern sounds of electronica.

All this is prelude to the announcement that the Brisbane, Australia-based troupe is bringing the United States premiere of its newest show, “What Will Have Been,” to the Yost Theater in downtown Santa Ana, with Santa Ana Sites functioning as the show’s presenter. Created in 2015, the show has toured Australia, the United Kingdom, France, Hungary, Sweden, Finland and Mexico, but this will be its first appearance in the U.S.

Using movement and acrobatics, the show draws on the disciplines of dance, music and theater. With a cast of only three acrobats and a violinist, it is a much more intimate affair than its more popular cousins.

Allen Moon, director of Santa Ana Sites, said he sees the company “as an ensemble that lies outside of the contemporary circus box in that they use the circus format as a means rather than an end. They work across mediums – opera, modern dance, physical theater – and use a circus vocabulary to arrive at their destination, to create their medium, rather than simply displaying their circus ‘tricks’ as the end point.”

“Contemporary circus is, in many ways, completely different from that ‘classical’ notion of a circus,” Moon said. “While the latter occupies itself with a straight ahead presentation of ‘acts’ that we associate with the genre, contemporary circus deals with elements that are associated with the performing arts. It’s much more comparable to contemporary dance.”

Circa, Moon said, “has a large body of work, and the ensemble members know many different pieces in order to keep an active repertory. I’ve seen a number of Circa’s works, including ‘Il Ritorno,’ ‘Opus’ and ‘Carnival of the Animals,’ and each has its own tone and creative through-line. It can be opera, a grande ballet, a contemporary dance, all told with a circus language.” 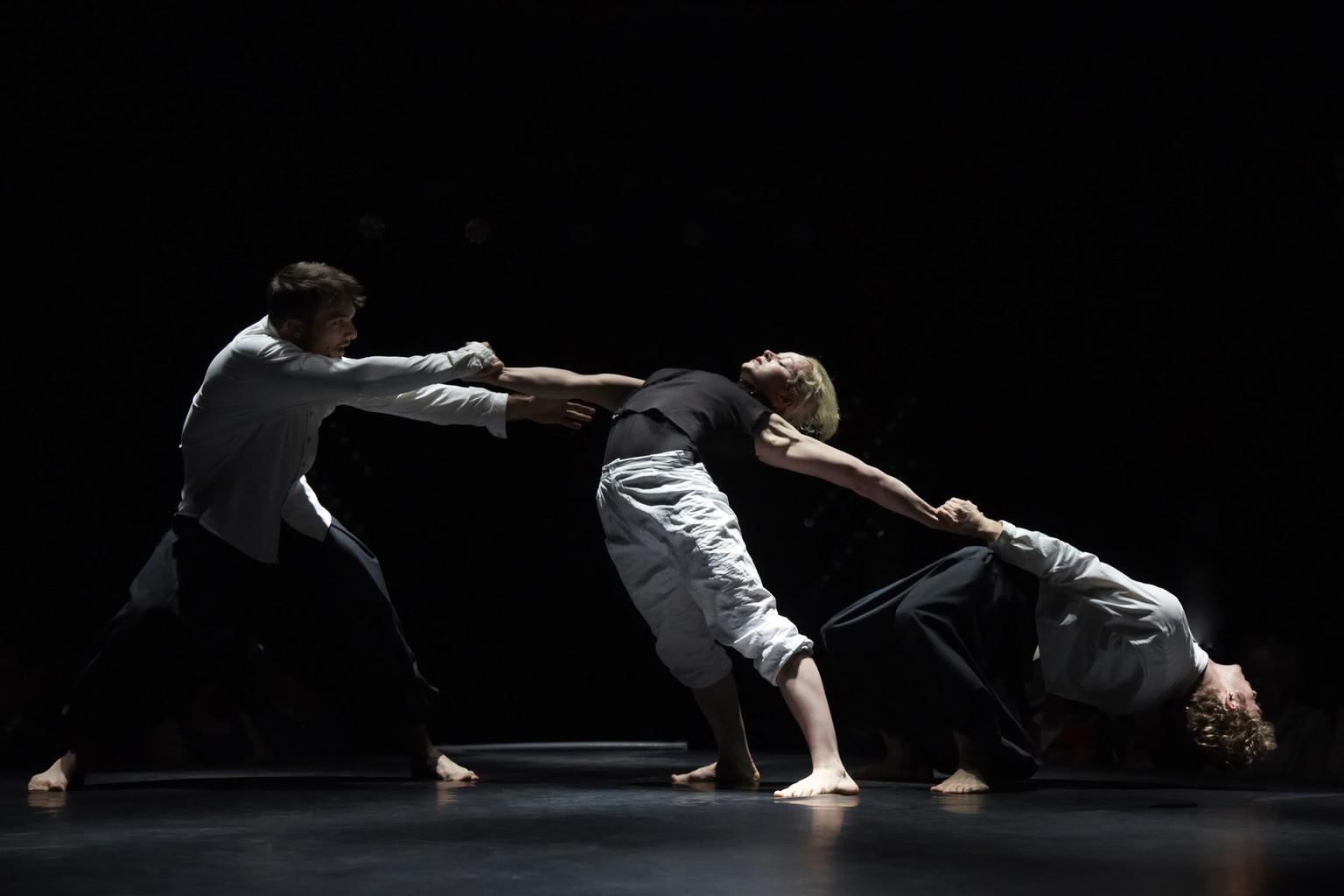 Circa Contemporary Circus to perform at the Yost Theater in Santa Ana on May 30 and 31.

While most of Circa’s shows are larger ensemble works, “What Will Have Been” is more intimate in nature – an element, Moon says, “gives the audience a special kind of focus. There’s not a dozen bodies flying around the space. We, the audience, are able to home in on the emotional dynamic between the acrobatics. It’s stripped down and is allowed to achieve a raw elegance.”

That intimacy should serve the Yost Theater and its audiences well, creating a mutual synergy between performance and venue. Located on the East Street Promenade of Santa Ana’s historic East End district, Orange County’s oldest operational theater opened in 1912 and seats up to 400, making it fairly intimate. (The venue underwent several name changes from 1912 to 1919, receiving its current name 100 years ago when purchased by Ed Yost.)

Moon said Santa Ana Sites “has shown work across many mediums, theater, dance, music but never circus” – so he’s “tremendously excited to bring contemporary circus to the community and even more excited by the fact that it is Circa, one of the premiere ensembles in the world.”

The company has been featured regularly at leading festivals and venues in New York, London, Berlin and Montreal and within the regular season programs of the Brooklyn Academy of Music, The Barbican Centre, Les Nuits de Fourvière and the Chamäleon Theatre as well as various festivals in Australia.

The Santa Ana performance is one of only a handful of U.S. appearances for “What Will Have Been” this year. After Orange County, Circa will bring the show to South Carolina, Connecticut, Massachusetts and Idaho.