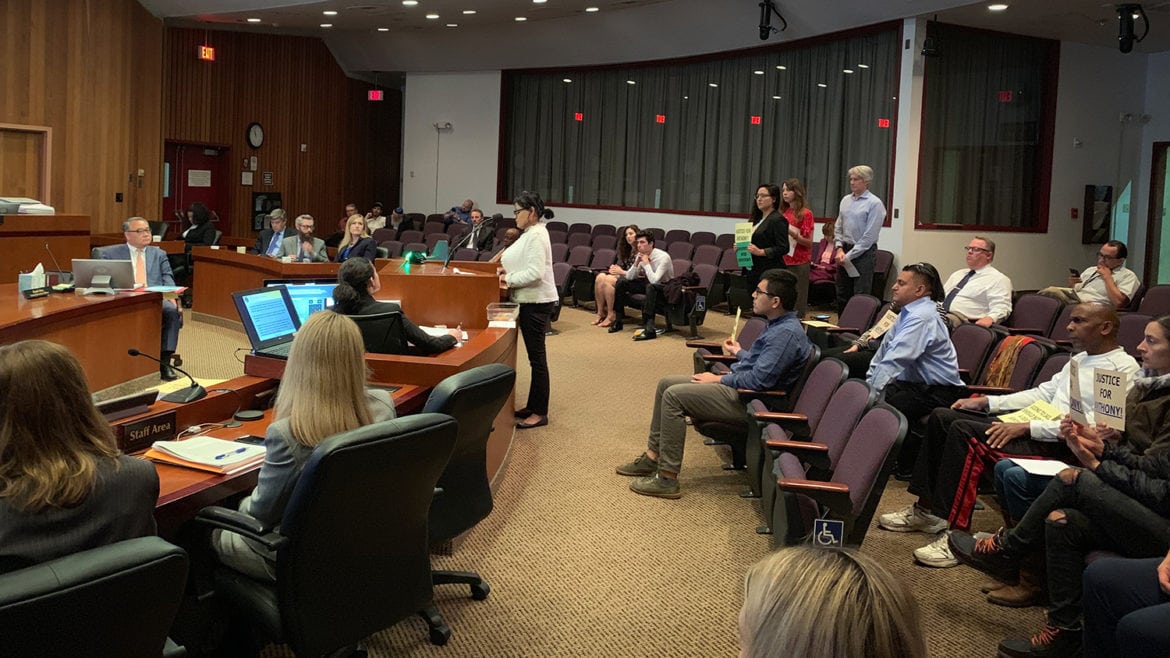 More than two weeks after an inmate died at an Orange County jail, officials still are declining to say what happened leading up to his death, who discovered him unconscious, and who was with him when he was found.

Anthony Aceves, 37, was found unresponsive in his bed the morning of May 23 at the Theo Lacy Facility in Orange, according to the Sheriff’s Department, which said he was taken to a hospital and pronounced dead. His body had “no obvious signs of trauma,” a sheriff spokeswoman said earlier this week.

DA and sheriff officials said Friday they had no new information to disclose, other than the fact Aceves was not alone in his cell when he was found unconscious, and that no sheriff employees have been placed on administrative leave in connection with the death.

Officials say the DA’s office, which reviews all in-custody deaths in county jails, is looking into Aceves’ death.

Two years ago, the death of OC jail inmate Danny Pham went unexplained for months, before DA officials announced Pham was killed by his cellmate.

It turned out sheriff officials had placed Pham, who was previously homeless and in jail for non-violent auto theft, in a cell with a man who confessed to killing homeless people, and the cellmate killed Pham.

In Aceves’ case, officials have not indicated any foul play was involved in his death, but haven’t ruled it out. That remains under investigation, a DA spokeswoman said Friday.

Aceves’ death has drawn interest from two county supervisors, after Acevez’ mother, Diana Alvarez, publicly asked for answers and said she had not been contacted by the sheriff or DA, which she said she was promised by a deputy coroner.

Alvarez told supervisors Tuesday her son had schizophrenia and that 12 days after his death, officials had not made his remains available for her to bury, which sheriff officials disputed.

On Tuesday, after Alvarez spoke, Supervisors Lisa Bartlett said she would have her chief of staff follow up on Alvarez’ concerns, and Supervisor Don Wagner asked for those findings to be shared with his chief of staff.

The next day, a DA investigator called Aceves and spoke with her, before being told future communications would have to go through her attorney.

“The family was contacted as [part of the] normal course of investigation, and then rather than being interviewed, the DA’s office was told through the family’s attorney not to contact them anymore,” DA spokeswoman Kimberly Edds said Wednesday evening.

The investigators weren’t calling to provide information, but rather to interview Alvarez, according to Henderson, her attorney.

After Alvarez’ public comments to the Board of Supervisors Tuesday, arrangements were made with his family to release his remains to a mortuary.

Last year, a grand jury found almost half of deaths in Orange County jails could have been prevented through low-cost diagnosis and treatment of medical issues.

In October, a federal judge found county officials let OC inmates go without psychiatric care for five weeks when their psychiatrist took a leave of absence.

And on Tuesday, the county grand jury released a new report expressing concern that jail staff do not check vital signs, such as heart rate and blood pressure, on many inmates booked into jail.

“Performing vital signs on all inmates could protect the health of inmates entering the Orange County Jail system…by reducing the risk of a cardiovascular incident due to undiagnosed hypertension,” the grand jury wrote.

“Besides saving lives, this could help reduce the cost to the Orange County taxpayer of having to send inmates to an outside hospital for treatment while at the same time providing potential savings by reducing prospective civil litigation.”