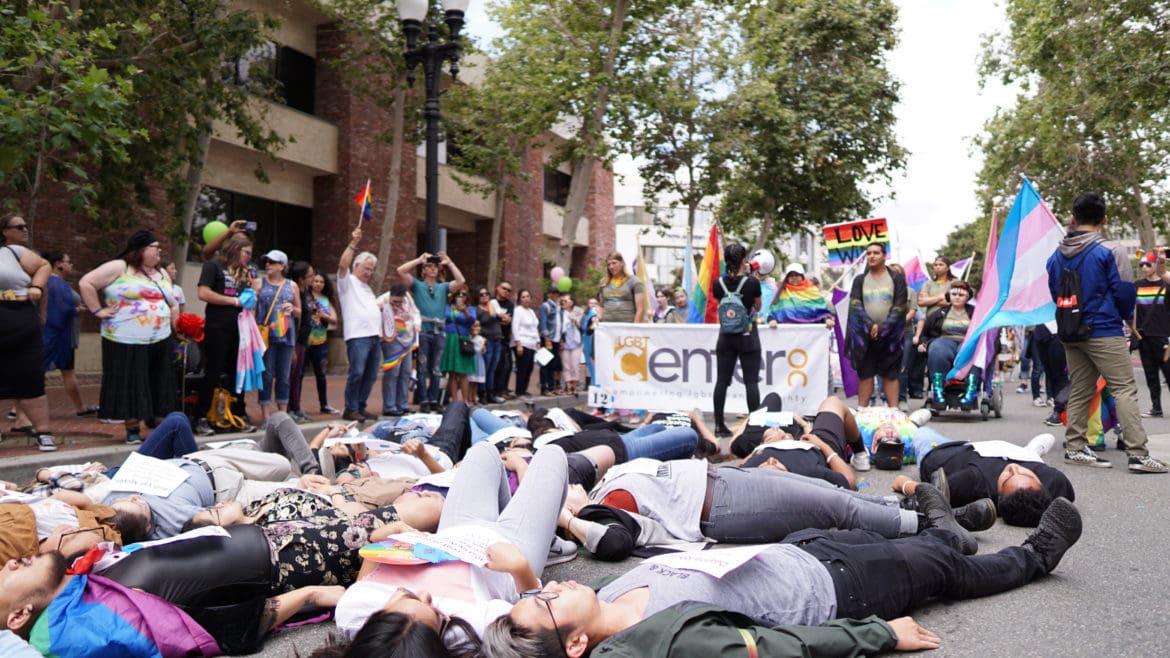 VROC doing the "die in" and being stepped over and walked over by the Center's leadership. 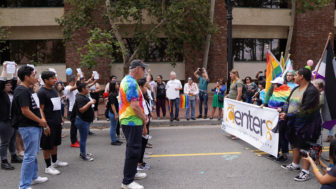 This decision raises serious concerns within our community—concerns we want to deliberate publicly. Let’s be clear: we have tried to dialogue with The Center OC. Multiple organizations, such as the ACLU of Southern California, Santa Ana Building Communities, Invest in Youth, VietRISE, and Resilience OC, publicly voiced their dissent and called for dialogue within the little time they were given. We continue to ask that The Center OC dialogue with local LGBTQ+ communities and organizations.

We continue to be dismissed. When we asked The Center OC to reconsider their decision, The Center OC leadership demanded that we provide concrete, specific, and recent examples of police brutality against LGBTQ+ people that warrant concern.

The community—largely LGBTQ+ youth, queer people of color, and The Center OC youth leaders—demonstrated a “die in” at OC Pride. Community members wore signage naming those who have been brutally abused at the hands of law enforcement, with cases as recent as 2019. In silence, we lay on the asphalt to honor those that the Center chooses to ignore. Our bodies were literally walked over. Our signs were walked on and run over. 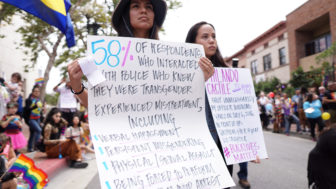 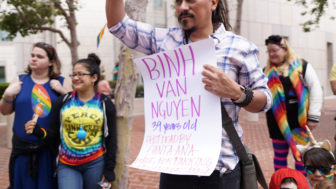 Anyone willing to listen to the community understands that trauma is still alive and deeply rooted in the everyday lives of LGBTQ+ people. If healing is a priority to The Center OC leadership and to law enforcement, then they must listen to those who are hurting and those whose traumas continue to haunt them. Wounds do not heal by forcing them to reopen. The Center OC leadership cannot help in healing wounds if they refuse to recognize their existence.

The Center OC stated in a press release that they welcome dialogue. However, when community members attempted to engage in dialogue online and in person, the Center responded by expunging community members’ online comments, ignored messages, blocked social media accounts, and literally walked over our bodies.

We have seen other organizations respond in much more empathetic and constructive ways where they brought community leaders together. Earlier this year, Pride Toronto opened a dialogue about armed and uniformed police presence at their parade. The organization held an open vote to make its decision by consensus. Democratic consensus is possible, but The Center OC chooses to eschew democratic dialogue. As one of the oldest gay and lesbian community centers in the United States, The Center OC must confront our community’s tumultuous relationship with being silenced at the hands of a “democratic” government. At the very least, they must take great care to not repeat history. Still, We find ourselves silenced, our voices ignored, and our bodies disregarded.

Second, through open, democratic and direct community engagement, The Center OC must remedy the harm caused by disregarding minority and marginalized groups.

As Orange County watches, The Center OC exercises their own personal decision-making, the LGBTQ+ community asks:

Has the LGBT Center of Orange County forgotten its mission?

Going forward, we again invite the LGBT Center of Orange County to have a conversation with us about how they intend to engage with the community. We ask: what are the Center’s plans to remedy the harm that they’ve caused and what does advocacy mean to them?

Stevie Vu is a nationally recognized public speaker and queer activist in Orange County. She is a Youth Organizing intern at VietRISE and is also in charge of Communications and Public Relations at the Viet Rainbow of Orange County.

My Nguyen was born in Vietnam and grew up in Kansas City. He began organizing since 2011 advocating for undocumented students rights for instate tuition, racial equity, youth homelessness awareness in public schools, youth leadership training, and a speaker on the topic of transforming trauma to organizing. His mission is to build strong communities and to continue the work of sustainable advocacy by empowering marginalized communities.

James Huynh is a PhD student at UCLA studying LGBTQ Asian/American health inequities. He is the gay son of Vietnamese refugees. He serves on the board of the Viet Rainbow of Orange County.