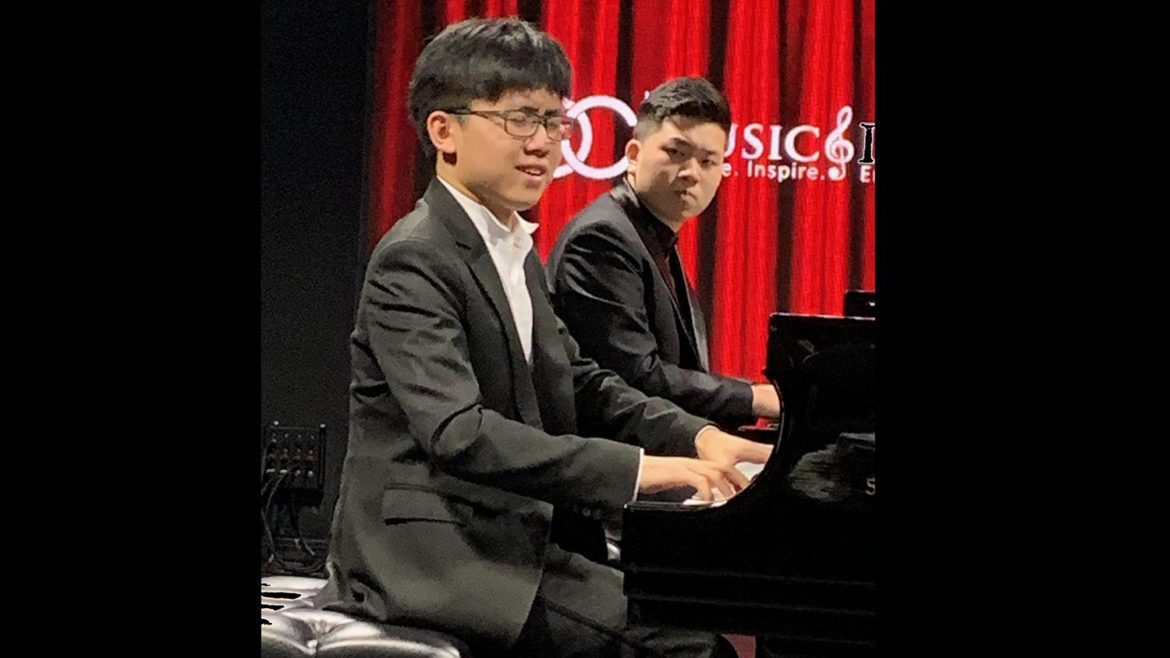 Piano competitions are unique in the world of classical music. Winning one can launch a career.

And there’s nothing as thrilling for the audience (or potentially stressful for the performer) as whipping through some devilishly difficult piece of music in front of a full orchestra. It’s all about precision, control, coolness under pressure, and endless hours of practice. And you only get one shot to nail it.

Orange County is getting set to introduce its own addition to the high-stakes world of piano competitions. But unlike most such events, it has non-musical goals in its inaugural year: to improve relations between China and America.

The Orange County Steinway Academy Rising Stars Piano Competition, being held for the first time on Aug. 7 and 8, is more than just a contest. It features a combination of master classes and competitions, and it’s aimed at accomplished students as well as young virtuosos at the beginning of their career.

OCSTARS, as it’s called, consists of three parts: the Master Class Round, the Audition Round, and the Winners Round. All three rounds will be held on the campus of California State University, Long Beach. The junior and senior divisions will compete for the Judges Award for Extraordinary Achievement. The adult division will compete for the Steinway Academy Prize.

“When we created this project with Steinway, we had two goals,” said Doug Freeman, Executive Chair and CEO of Orange County Music and Dance, which is organizing the event. “The first was to create programs that would inspire and empower kids in Southern California to pursue their own passion. The second was to build international relationships, attracting kids from all over the world who love music as much as we do.”

This year, advanced students aged 11 to 17 from China’s Shanghai Conservatory and Beijing Central Conservatory were invited to the master classes. “They’ll be exposed to some of the really great music educators and performers in this country,” Freeman said. The master classes precede the competition, ending on Aug. 3.

The contest is about more than declaring winners in each category, Freeman explained.

“Our goal is to provide a learning experience as well as an opportunity. It’s a chance for students to be evaluated at their level by top judges, and for them to see the level of expertise of other artists their age from other parts of the world. Seeing how others perform is one of the greatest gifts of a competition. It inspires performers to work a little harder and be more creative.”

Freeman and other members of his school visited the major music conservatories in Shanghai and Beijing last fall, meeting students and talking to their instructors. They came away impressed with the general level of musicianship. “There are kids within those groups who will be the next Lang Lang,” Freeman said.

The teachers at both conservatories identified students who they felt were ready for OCSTARS. “We auditioned 11 students while we were there,” Freeman said. “But the teachers really made the decisions about who was ready for this kind of immersion.”

In addition to the master classes, most of the participating pianists also get to perform with an orchestra — either Pacific Symphony or the Santa Monica Orchestra. They are also given chances to perform solo recitals. “Last week, we were at the Chinese Consulate in Los Angeles,” Freeman said. They will also perform at South Coast Plaza. “They’re getting plenty of chances to play in front of people.”

Freeman insisted that recent rising tensions between the U.S. and China have had no negative effects on this year’s inaugural program. In fact, he said, the present political situation made him more determined that ever to more forward.

“I would say that it has reinforced our commitment to bridge the cultural divide between the two countries and build reciprocal relationships. This project predates the current tensions, and it will continue long after they go away.”

More Than a Contest

Enlisting the support of piano manufacturer Steinway as a sponsor of OCSTARS proved to be surprisingly easy, Freeman said.

“I flew to New York and met with the CEO of Steinway. I explained to him what our goals were, and in the span of about 30 minutes we shook hands. He understood the importance of the project.”

Steinway is lending instruments as well as other forms of support. “I’m sitting here at the Steinway store in Santa Ana. We’re getting a couple of pianos that they’re loaning us to fill out our complement of Steinways,” Freeman said.

For help with the master classes, Freeman reached out to the well-respected Colburn School in Los Angeles. “I contacted the artists individually. Only one person that I talked to wasn’t able to do it.”

For the competition, Freeman has enlisted six eminent musicians to be adjudicators. They include Yoheved “Veda” Kaplinsky, a lecturer and professor of music at the Juilliard School who heads the pre-college department; Fabio Bidini, a widely respected pianist and pedagogue; and pianist/conductor Carlo Ponti, son of late film producer Carlo Ponti Sr. and Italian actress Sophia Loren.

The competition includes some prize money (the biggest award is $2,500) and medals for the winners, but winning isn’t the focus, Freeman insists.

“Our job isn’t simply to announce, ‘This person is the best performer.’ There are so many ways you can be recognized for your talent. And there are so many ways to give back and make the world a better place through the music that you make. That’s what this event is all about.”

Find out more at on the OC Music and Dance website.