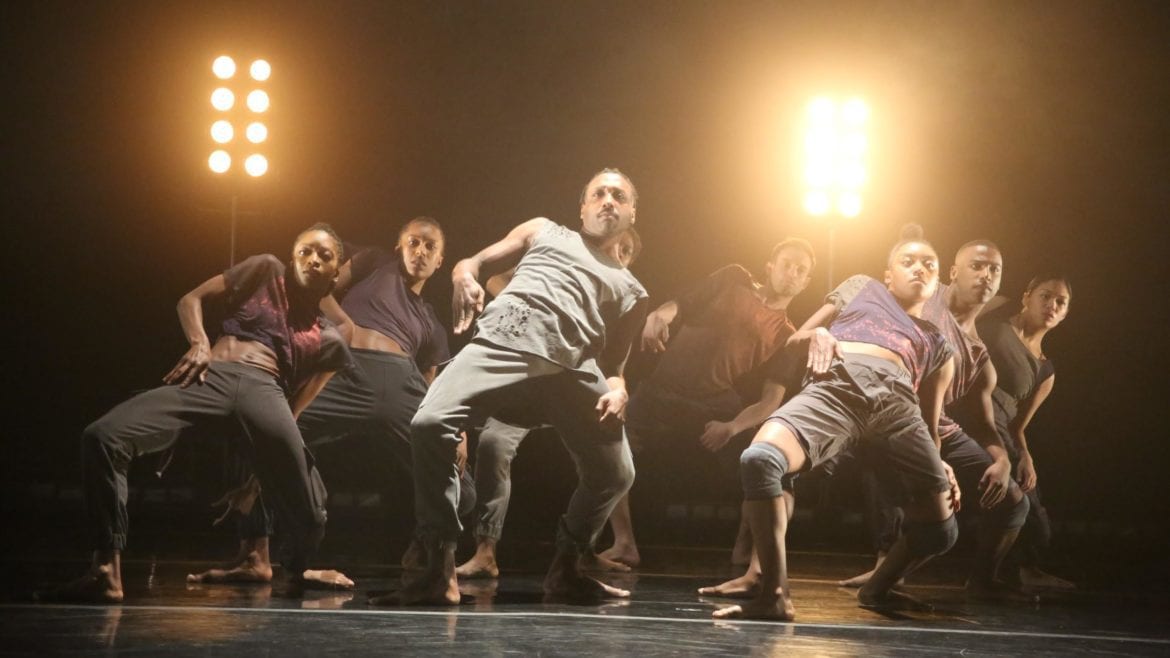 The 2019-2020 arts season in Orange County brings fresh influencers to the scene. New leaders are everywhere: Andrew Brown at the Pacific Chorale, Renee Bodie at the Soka Performing Arts Center, David Ivers at South Coast Repertory, Tommy Phillips at the Philharmonic Society of Orange County. (A search is underway for the next president of O.C.’s largest arts institution, the Segerstrom Center for the Arts.)

We asked the Voice of OC arts writers to weigh in with their can’t-miss picks for the upcoming season, which arrives amid a wholesale changing of the guard.

THE ASSEMBLY: Lara Wilson, director and chief choreographer of The Assembly, an Orange County-based contemporary ensemble, takes pointed inspiration from important cultural and social issues affecting women. Her new piece, “How To Draw an Outline,” considers the boundaries impacting women’s bodies and power. The work’s Sept. 12 outdoor performance at the Muckenthaler Cultural Center is the culmination of a 2019 residency by the five-member ensemble at the Fullerton arts center. 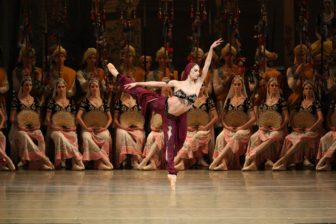 MARIINSKY BALLET: As classical dance, like every other art form, undergoes its inevitable metamorphosis, we can look to the Mariinsky as one of the few institutions that maintains the hallowed Russian classical style with impeccable beauty and urgency. At the Segerstrom Center (Oct. 16 – 20), the dancers, accompanied by the Mariinsky Orchestra, present “La Bayadère,” the Marius Petipa classic from 1877. Some have called for its retirement, saying its pseudo-Indian story is offensive. But then there’s the “white scene” of the third act, one of the highlights of the ballet’s repertory. At the Los Angeles County Music Center (Oct. 24 – 27), they perform George Balanchine’s full-length “Jewels,” a must-see masterwork that the Mariinsky performed at Segerstrom in 2003.

AMERICAN BALLET THEATRE: One of the benefits of the Segerstrom Center’s close relationship with ABT (it has visited almost annually since 1986) is that it has sometimes served as the out-of-town tryout theater for new ballets. That will be the case with choreographer Alexei Ratmansky’s untitled story ballet premiering March 5 – 8, 2020. The tale comes from the first century AD Greek novel “Callirhoe”; the libretto is by Guillaume Gallienne, a French actor and director at the famed Comédie Française, who worked with Ratmansky on an earlier balletic adaptation of a Balzac novel. The score will probably also lean toward the heroic, with music gathered from Russian composer Aram Khachaturian’s oeuvre. 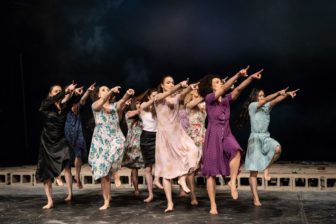 TANZTHEATER WUPPERTAL PINA BAUSCH: The late Pina Bausch continues to be a force in the dance world as a provider of emotionally driven tanztheater (or dance theater). Her company’s performance of “Palermo Palermo” at The Music Center will be the first showing in the U.S. in 29 years. Audiences can expect to see a theatrical work that is at once beautiful, shocking and surreally humorous.

A.I.M. BY KYLE ABRAHAM: Kyle Abraham and his company A.I.M (Abraham.In.Motion) speak to a new generation of dancers and dance audiences by infusing modern concert dance with the energy of hip-hop and urban dance. The company’s performance at the Carpenter Center follows Abraham’s recent commission for the New York City Ballet and a performance at Jacob’s Pillow. 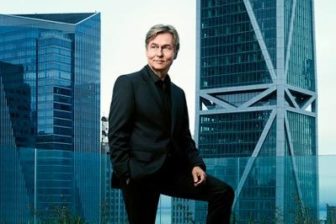 Esa-Pekka Salonen to lead the L.A. Philharmonic and the Colburn Orchestra at the Segerstrom Concert Hall this season.

LOS ANGELES PHILHARMONIC: The venerable Philharmonic Society of Orange County launches its symphonic season with an orchestra at the top of its game and a conductor/composer of invigorating energy and clarifying insight. Esa-Pekka Salonen, now conductor laureate of the Los Angeles Philharmonic, brings the ensemble for its annual visit to Segerstrom Concert Hall in a program featuring two pillars of the repertoire, Tchaikovsky’s ever-present Violin Concerto (with the young Swedish violinist Daniel Lozakovich as soloist) and Bartok’s always dazzling Concerto for Orchestra. The concert opens with the local premiere of Salonen’s own latest orchestral work, “Castor.”

PACIFIC SYMPHONY: MUSIC OF FLORENCE PRICE: The rediscovery and revival of the music of Florence Price (1887-1953), the first African-American woman to be performed by a major symphony orchestra, back in 1933, is one of classical music’s happier recent developments. The Pacific Symphony will play two of her eloquent works for the first time in November, the Piano Concerto in One Movement and “Dances in the Canebrakes.” Also on the all-American program are George Chadwick’s exuberant “Jubilee” and Gershwin’s “Rhapsody in Blue” (with Aaron Diehl as soloist) and “An American in Paris.” Mei-Ann Chen, who always seems to get great work out of this orchestra, conducts.

OPERAS: Ever since the demise of Opera Pacific in 2008, Orange County’s opera lovers (and there are plenty of them) have had to find it where they can. They’ll have two chances this fall season. Esa-Pekka Salonen brings the Colburn Orchestra and celebrated Wagnerians Waltraud Meier and Eric Owens for a concert performance of Act 1 Wagner’s “Die Walkure” on Nov. 3. (Hindemith’s “Mathis der Maler” is scheduled for the second half.) Then, during the holiday season, the fledgling Lyric Opera of Orange County, which goes out of its way to feature local singers, stages two one-acters, Menotti’s “Amahl and the Night Visitors,” a Christmas classic, and Debussy’s “The Prodigal Son.” 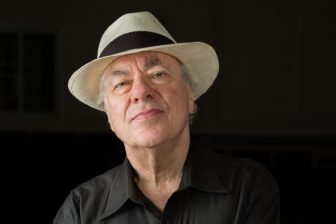 RICHARD GOODE, piano: The much-lauded, much-honored American pianist Richard Goode is as close to musical royalty as one gets. Few speak with equivalent authority, and the program he’s bringing to Costa Mesa includes quite a bit of Debussy (Book I of Images, four Etudes, and L’isle joyeuse). Debussy’s music is a special expertise of Goode’s, so this is a chance to hear one of America’s great artists in repertoire he knows better than just about anyone.

RICK WAKEMAN, THE “GRUMPY OLD ROCK STAR” TOUR: The era of Prog Rock’s dominance was, um, probably two months in the middle of 1971. If not dominant, though, the genre was at least capable of creating a substantial fan base of loyal-to-the-end listeners. Its founding visionaries, and their blend of rock aesthetic and classical structure, created some undeniably powerful music. Wakeman is the best-known keyboardist of Yes (they’ve had eight), and is one of those visionaries, technically adept and sophisticated, inventive, and adventurous. He’s a musical chameleon, but whatever he does will be done with intensity, flair, and rock-solid musicality.

“GRUMPY OLD MEN: THE MUSICAL”: It was perhaps inevitable that Broadway would get around to musicalizing the 1993 film comedy “Grumpy Old Men.” Hal Linden and Ken Page portray the titular fuddy-duddys in the show’s west coast premiere, with McCoy Rigby’s Cathy Rigby in a supporting role. This kind of thing can amount to little more than glorified fluff – but it can also be an airy soufflé that takes your mind off your troubles for a couple of hours.

“THE CANADIANS”: What is life like for a guy living in hockey-crazy, beer-drenched Port Alison, Manitoba, when his interests lean more toward pottery classes and “The Magic Flute”? Theater audiences will get their answers in the world premiere of Adam Bock’s tour-de-force comedy, where a quintet of actors portray a shipload of passengers upon an all-expense-paid cruise, with the focus on lead character Gordy and best pal Brendan. Shows like “The Canadians” are right up SCR’s alley, so this promises to be one of the brightest lights of the new season. If similar past shows are any indication, expect plenty of well-earned laughs along with some perhaps sobering life lessons. 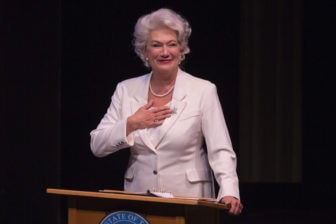 “ANN”: Known for her TV work in “House of Cards” and “Madam Secretary,” Jayne Atkinson steps into the role of Ann Richards, who captured attention and the public’s imagination as the Democratic governor of dyed-in-the-red Texas from 1991 to 1995. In 2010, Atkinson’s fellow TV actress Holland Taylor penned this no-holds-barred portrait of the outspoken Richards as a one-woman show with the original title “Ann: An Affectionate Portrait of Ann Richards,” painting her as more complex (of course) than her brash, colorful exterior might lead us to believe. Whether we buy into it will depend upon Atkinson’s talents, the strength of Taylor’s writing, and whatever trappings are bestowed upon the show by Laguna Playhouse’s creative team.

“Galaxia,” a 1977 Mixografia print by Rufino Tamayo will be on view at the Bowers Museum, Sept. 21-Jan. 19, 2020. Tamayo liked to use celestial bodies, saturated colors and lines of force to express metaphysical and existential concepts in his work.

“DIMENSIONS OF FORM: TAMAYO AND MIXOGRAFIA”: One of Mexico’s great artists of the 20th century will have a showcase at the Bowers Museum, Sept. 21-Jan 19, 2020. Rufino Tamayo, considered “the fourth great one” (Rivera, Siqueiros and Orozco being “los tres grandes”), created with printmaker Luis Remba the new graphic medium Mixografia, a printmaking technique that transforms two-dimensional prints into three-dimensional works featuring relief, texture and fine surface detail. Fifty Tamayo prints on loan from the Mixografia studio in Los Angeles may change your mind about what’s possible in the printing medium and process.

OCMAExpand’s THIRD SEASON: The Orange County Museum of Art, temporarily housed in its OCMAExpand space in Santa Ana, is rolling out its third season Sept. 21 with six solo exhibitions by artists from the Pacific Rim. While the format is starting to get a tiny bit repetitive, the presentation of emerging and diverse artists from Asia and the Americas is eye-opening and a cut above anything else happening in OC. This time around, the artists are exploring nature, climate change and ecosystems — vital issues in these unsteady times.

“ART & NATURE”: Speaking of nature, the Laguna Art Museum is presenting its seventh annual “Art & Nature” festival/program, Nov. 7-10. This year the commissioned artwork — a multimedia installation by Greek American artist Yorgo Alexopoulos — is going indoors for the first time. A keynote lecture by Alan Braddock of the College of William & Mary, a film screening, a panel discussion, a program for educators and a free family festival are also in the works. This festival should be engaging for intellectuals, art enthusiasts and kiddos.

GREAT PIANISTS SERIES: For years, the Soka Performing Arts Center has been offering some of the best soloists and chamber groups in classical music. This season’s Great Pianists Series is a standout even by Soka’s high standards. Giants such as Murray Perahia, Yefim Bronfman and Daniil Trifonov are supplemented by impressive emerging talent, including Italian pianist Beatrice Rana, a silver medalist at the Van Cliburn International Piano Competition and Gramophone’s 2017 Young Artist of the Year. Don’t be afraid of the drive. It is minutes off the 73, parking is free, and the world-class venue is not to be missed.

PACIFIC CHORALE SEASON: Led by the talented and relatively new music director Robert Istad, Pacific Chorale has programmed an ambitious year that includes something for every taste. The high points: two September collaborations with Pacific Symphony, Hail to the Heroes and Carmina Burana; a daring November program that pairs Brahms’ A German Requiem with the transcendental mysticism of Arvo Pärt’s Te Deum; and Mozart’s magnificent Coronation Mass in the spring.