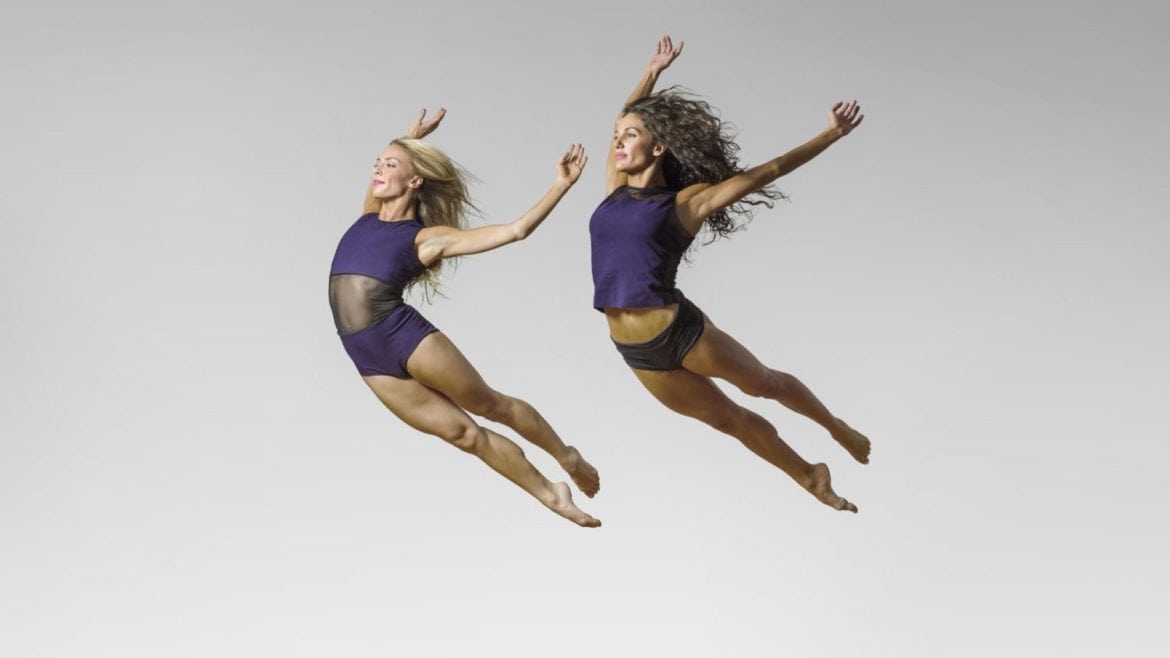 The curtain goes up Sept. 27-29 on the main-stage performances of the 15th season of the Laguna Dance Festival.

The question is, should we still be calling it Laguna Dance Festival? For the first time, the shows will be taking place over the hill in Irvine at the Irvine Barclay Theatre.

The short answer is yes. In a recent interview, festival founder and artistic director Jodie Gates emphatically insisted that the festival’s home will always be Laguna Beach. Since she moved to town in 2004, Gates has been dogged in realizing her vision of a high-caliber dance festival in the idyllic seaside city that made its name decades ago for its summer visual arts events and the Pageant of the Masters.

During the previous 14 seasons, the dance festival’s indoor fall performances have taken place in two venues: Laguna Beach High School’s Artists’ Theatre and since 2011 at the Laguna Playhouse’s Moulton Stage. It has featured international stars such as Misty Copeland and Desmond Richardson, and renowned companies including Complexions, Alonzo King’s Lines ballet, Paul Taylor Dance and BodyTraffic. In addition, Gates has made a point of filling the schedule with off-stage programming throughout the town, producing informal concerts on Main Beach and in local galleries; presenting master classes and film screenings; and giving scholarships to Southern California dance students, plus one special award to Laguna Beach High School graduating seniors.

But will its Laguna Beach residents make the drive over the hill?

“My hope is that our brand is strong enough,” said Gates, who is the vice dean and director of USC’s Glorya Kaufman School of Dance and was a principal dancer with the Joffrey and Frankfurt Ballet companies.

“We are Laguna Dance Festival. There is great pride in that….I’ve always thought that this organization would have tentacles expand throughout Orange County. That was my dream and the larger vision. Laguna Beach is what we call home and we work throughout Orange County to build world-class dance to students and audience members.”

So, what happened this year?

The city owns the building containing the 408-seat Moulton Stage, but Laguna Playhouse has a long-term lease for it and calls the theater its home. The Laguna Music Festival and Laguna Dance Festival also depend on the theater, but the Playhouse first plans and nails down dates for its own season of 10 adult and youth productions before it offers dates to the other nonprofits, said executive director Ellen Richard.

Richard said the planning process for the 2019-2020 season “was particularly long and difficult.” Gates waited as long as she could to secure the dates she needed for the dance festival and then finally had to look elsewhere for a performance venue. A former UC Irvine associate professor of dance, Gates had presented her own choreography at the Irvine Barclay, and knew the theater from front to back. She reached out to theater president Jerry Mandel to see if the 750-seat space was available. It was and so Gates decided to make the move. 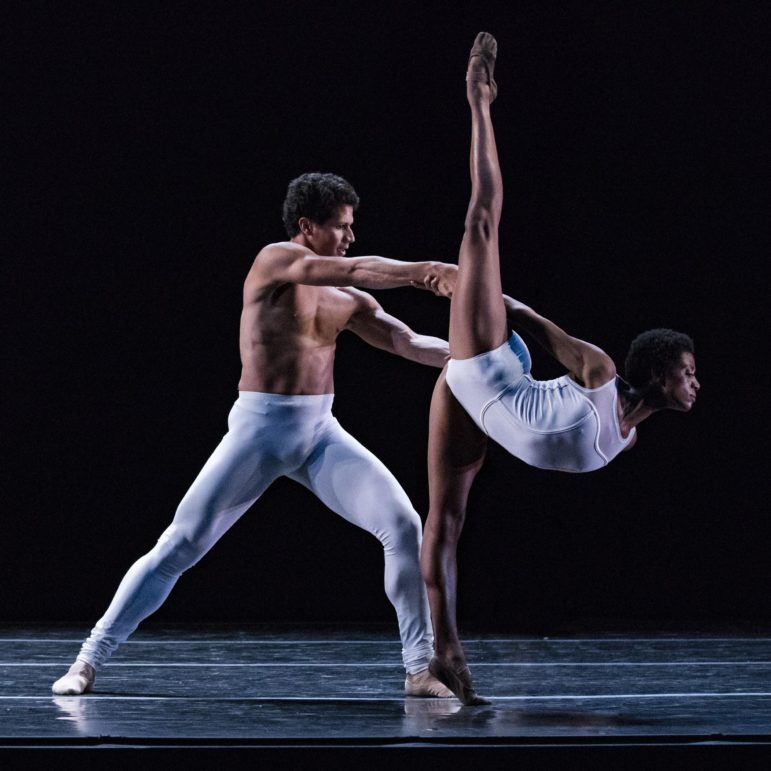 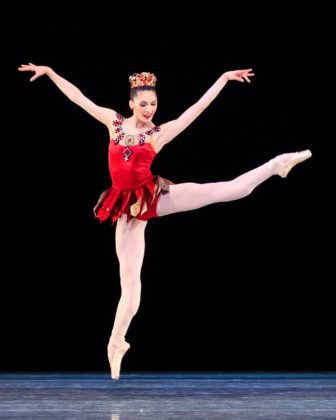 This year, Gates continues her programming mix of diverse styles and groups that are accessible even to those who think they won’t appreciate dance. The New York-based Parsons Dance, a past local favorite, performs Friday night, while RUBBERBAND Dance Group from Montreal makes its first festival appearance, Sunday afternoon. Saturday evening, those two groups share a program with dancers from Ballet West, featuring ballerina Beckanne Sisk.

Gates said being a presenter is increasingly difficult, but she is committed to it; before she accepted the position at USC, she stipulated that she would remain director of the festival, she said. She wants to have a hand in bringing dance to Orange County and wants to give work to these companies, many run by friends, helping them to survive. She tries to put together “a tasty menu” for her audience.

“I think my appetite for being a bit more risky has broadened, but I also know that at the end of the day, that (risky events) must be balanced with what I believe will be popular to our audiences and sell tickets,” she said.

While the performances are in Irvine, there are three fall events planned for Laguna Beach. Artistic director David Parsons will do an educational workshop at the high school Saturday morning. On Nov. 3, the festival and Laguna Art Museum will co-present a “MinEvent,” excerpts of work by Merce Cunningham, in honor of the 100th anniversary of the choreographer’s birth. And on Nov. 10, Black Grace, a New Zealand troupe that mixes contemporary dance with traditional Maori and Pacific Islander dance, will give a lecture-demonstration at the Neighborhood Congregational Church. 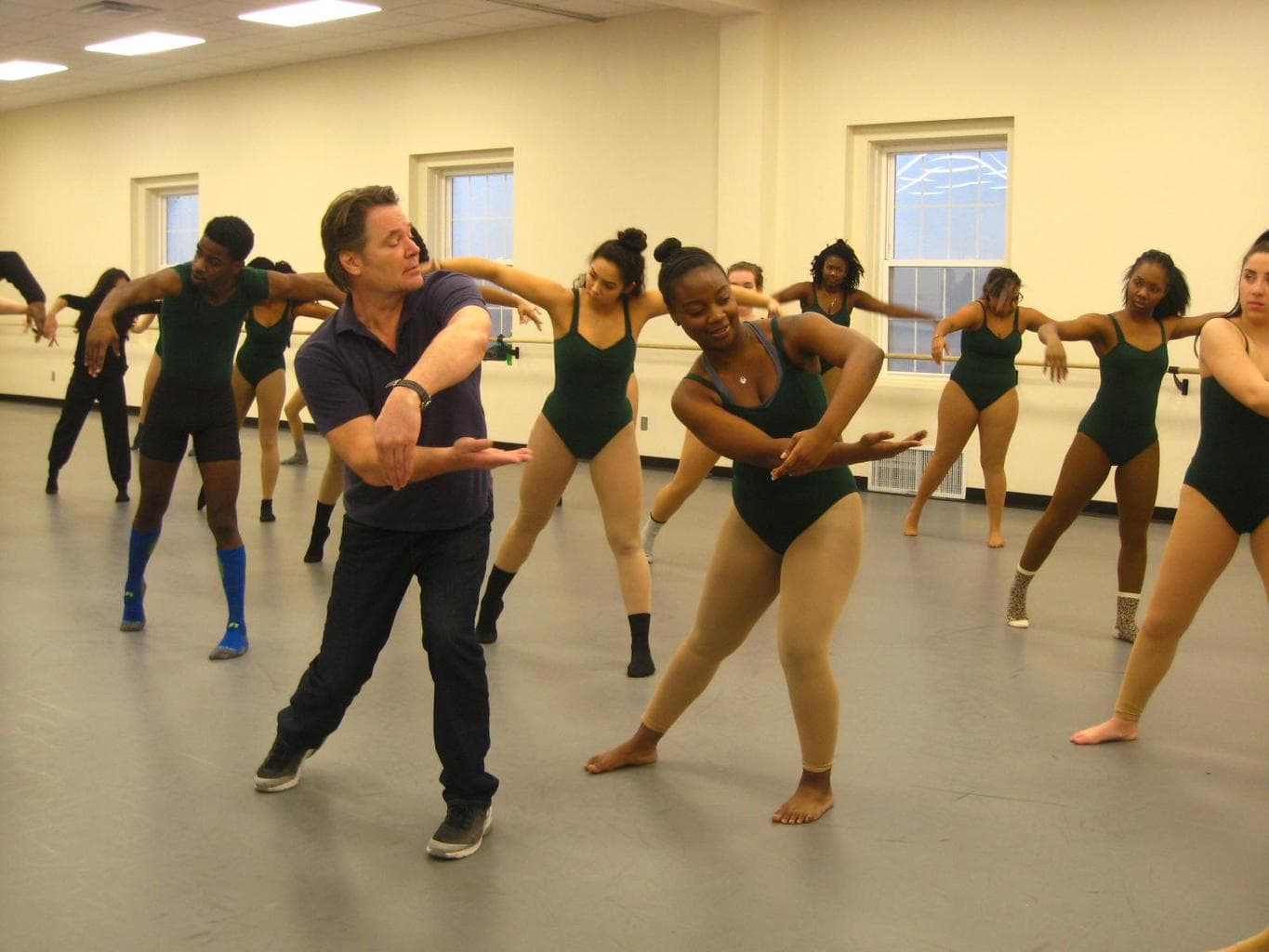 Laguna Beach arts groups have been tussling over venues for decades. Ballet Pacifica decamped to the Irvine Barclay Theatre in the early 1990s when it had trouble securing dates from the Laguna Playhouse (under a different administration). The ballet then gave up its home in the city in 1995, after wildfire destroyed a warehouse that held 30 years of costumes and sets, and artistic director Molly Lynch was able to find a building in Irvine big enough for a company headquarters, school and storage space.

If Laguna Beach residents eventually accepted the loss of the homegrown ballet, they declared war when it looked like Laguna Art Museum would be closed down. Protest groups in Laguna Beach quickly formed after it was announced that the boards of directors of the Laguna Art Museum and the Newport Harbor were going to merge the two institutions to form the Orange County Museum of Art. The merger went through in 1996, but these groups triggered an escape clause in the deal, restoring Laguna Art Museum’s independence sooner than one year later.

The heart of the dilemma facing Gates is that Laguna Beach does not have a truly suitable theater for dance, particularly for the companies that Gates is bringing in. The Playhouse building has a stage that’s 20 feet narrower than the Barclay stage and a steeply raked auditorium that makes it less than ideal for viewing dance.

Gates said she has good feelings toward the Playhouse, but she hopes the city will step up with funding and support for a home the festival can call its own. She said a new theater wouldn’t necessarily have to be constructed; an existing building could be renovated. She’s had to turn down bookings from “the best of the best,” she said, because she didn’t have a place for them to perform.

“I need the city to walk with me, to not hold my hand but understand the importance of world-class dance to the town,” Gates said. “I need the city of Laguna to take ownership and help me to provide for this critical art form…and keep it sustainable. I’ve spoken to the city council. They know that I’m passionate about wanting to work together to provide a home for the festival.”

So what about next year? Richard said she has already offered specific dates to the LDF; Gates replied that she “has not personally spoken to Ellen about 2020.”

As they say, stay tuned.

Laura Bleiberg is a contributing writer for Arts & Culture at Voice of OC. She can be reached at laura.bleiberg@gmail.com.