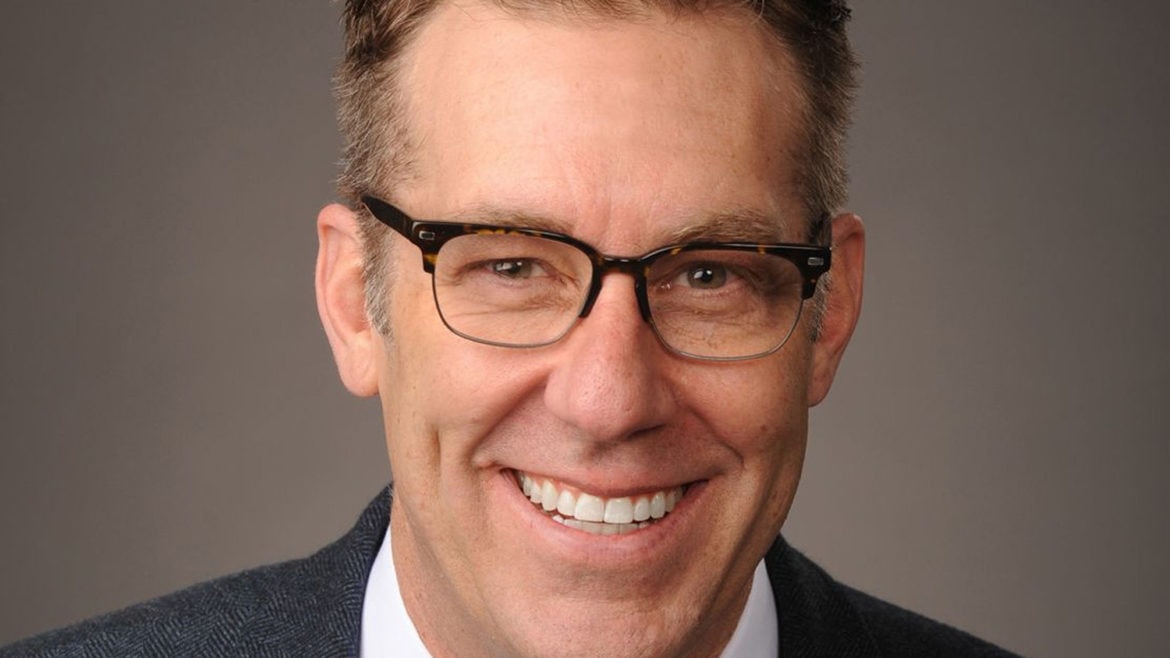 Perhaps it’s simply good timing, but the arrival of a new artistic director at South Coast Repertory corresponds with a season-opening production that announces, loudly and joyously, that change is in the air at Orange County’s flagship theater company.

On SCR’s plaza, an all-female mariachi performed to an enthusiastic crowd before last Saturday’s matinee. It was the perfect warm-up act—the play, “American Mariachi,” is about women who form a pioneering female mariachi band in the 1970s. Different groups will take turns performing in the pre-show slot during the play’s run, which ends Oct. 5.

SCR is no stranger to theater of diversity—indeed, “American Mariachi” playwright Jose Cruz Gonzales worked closely with the Costa Mesa theater company during the formative years of his career three decades ago and created a seminal playwriting program there, the Hispanic Playwrights Project, in the 1985-86 season.

But starting the mainstage season with a big, heartfelt musical that appeals to O.C.’s vast Latinx community makes a dramatic statement. So do the theater’s efforts to present value-added public events like the pre-show mariachi concerts.

“Part of my job is to put a face to who we are,” said David Ivers, SCR’s current artistic director; SCR announced he would succeed Marc Masterson one year ago, and 2019-20 is his first season at the helm. “I feel keenly that SCR is an astonishing organization that continues to do meaningful work. I just want to make sure that different communities see themselves in the work that’s on stage. I’m interested in our theater being a catalyst for the entire community.”

The pre-show concerts, in addition to underlining the play’s story, bring additional attention to the theater and draw in potential new audiences Ivers said.

“Last night we had an 11-piece student group from Costa Mesa on our patio. The place came alive. We had parents, friends and patrons mixing together. We can do that kind of activity with every show on our schedule: turn it into an enhanced event.” 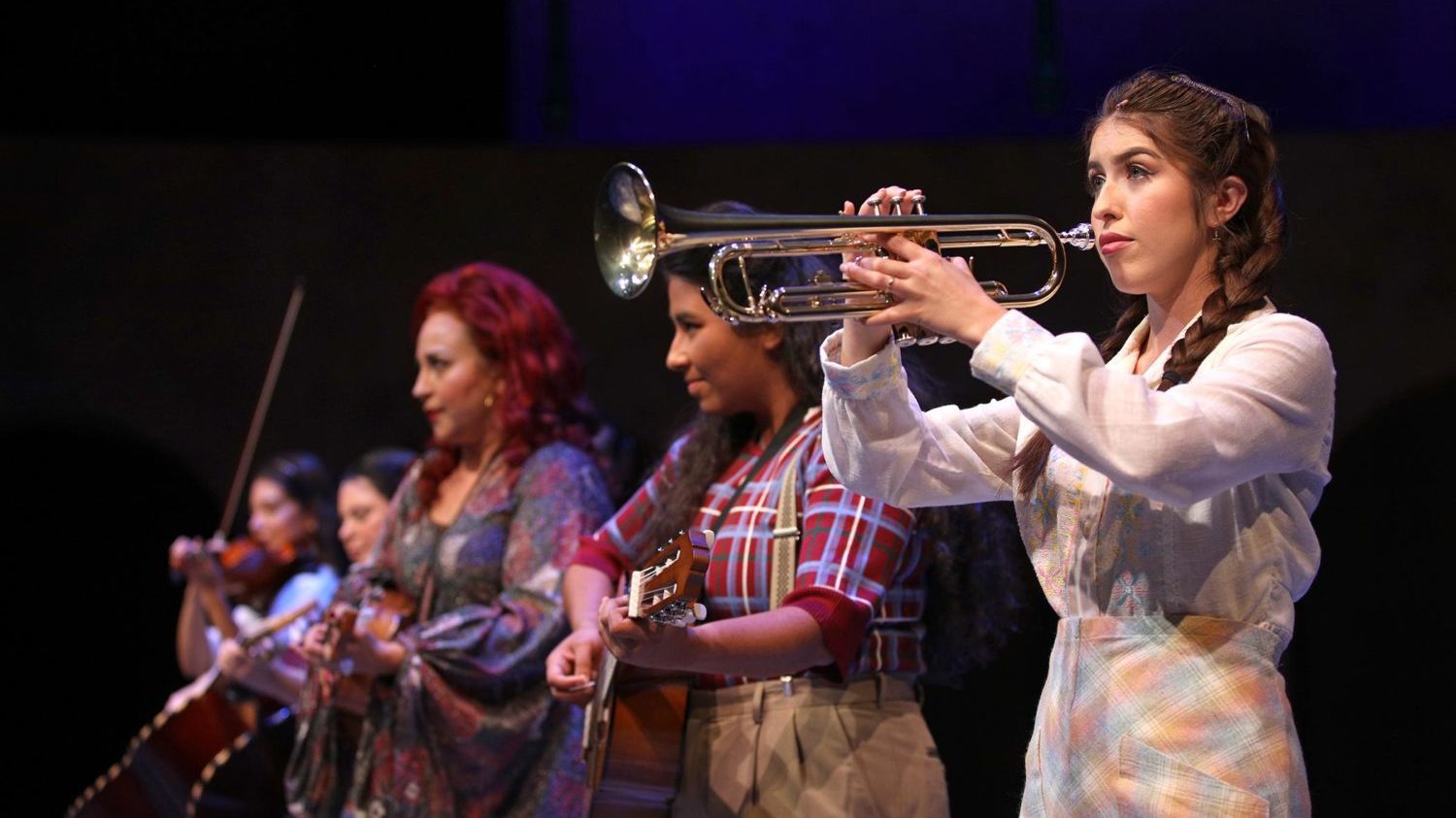 Giving his theater a more vibrant and visible connection to the community is just one of many ways in which Ivers wants to break new ground at South Coast Rep. He also feels strongly that changing technologies and tastes mean that theater has to connect with people in fresh and unusual ways.

“I think things have changed,” he said. “We’re getting a lot more story in 30 minutes or 30 seconds in today’s society. (Theater is) competing with a variety of mediums that deliver lot of entertainment instantly to your wrist or your desk or your home. For theater, that means we need to tell stories in compelling new ways.”

“You purchase a ticket, you go to the theater talking about other things. When the show ends you just walk back to your car, and you may or may not be talking about what you just saw. By the time you get home, it’s forgotten.

“I’m interested in what happens when an audience has an immersive experience at the theater, something that really touches them and stays with them. How does that change their relationship to the work and the place that they saw it in?”

Ivers wants to create a feeling of ownership among SCR’s patrons. “Then it becomes more than just a theater where you see a play occasionally on a Friday night. It’s more about this place as an important cultural hub in the community.”

‘Daunting and thrilling to work here’

Ivers is no stranger to SCR. He directed “One Man, Two Guvnors” there in 2015 and played a leading role in Amy Freed’s “Shrew” at the 2017 Pacific Playwrights Festival. “I grew up very aware of SCR as an important regional theater,” Ivers said. “It’s always been part of the national conversation. It’s both daunting and thrilling to work here. “

Ivers, a graduate of the University of Minnesota’s theater program, held leadership positions in Arizona and Utah before coming to Costa Mesa.

“I was part of the team at Utah Shakespeare that built the $40-million expansion that included two new theaters, a rehearsal hall, costume shops and other stuff,” Ivers said. “We raised a lot of money and gave the company a new home. I’m extremely proud of that. I’m also proud of the new development wing that takes new plays to full production. That’s still at the beginning of its trajectory.”

Ivers spent less than two years as the artistic director of Arizona Theatre Company, his last position before coming to SCR. “It was a brief tenure, but I’m proud of the work I’ve done there.”

Ivers has spent his first few months at South Coast Rep getting to know the people and the minutiae of the place intimately; he is in the process of meeting with every employee individually. He’s already making some fairly big workflow adjustments.

“Right now we are in the process of renovating our production systems—how we go from page to stage. While there have been systems in place, they do not face our challenges with the best efficiency and grace. I’ve hired a new production manager and we’re creating a (system) to really get a conveyor belt of information in place and flowing. We’re doing that so our shops don’t get backlogged. That way we can also avoid making crucial decisions in the moment, which is always costly.”

Ivers has ambitious medium- and long-term plans for SCR, but he’s not ready to reveal any details just yet.

“Probably in late October we will announce a massive and exciting commitment to (enhance) programs that are already in place. It will be a big announcement connected to vision and where we’re heading. It will represent something brand new, but inspired by the foundations of what this company is known for.”

Ivers is aware of the pressures of maintaining a legacy. SCR’s founders, David Emmes and Martin Benson, are now in their 80s. Ivers’ predecessor, Marc Masterson, didn’t turn out to be the kind of next-generation leader the theater was looking for. Ivers now fills those big shoes, and cautions that it’s a challenging place to be.

“If I had a magic formula (about artistic succession), I’d be very wealthy. I don’t know that there is a single way to do it. I had the great gift of working at the Utah Shakespeare Festival while the co-founder was still there, which helped me a lot. The situation is similar here. SCR is cradling a legacy, but with a keen eye to the future. I appreciate both things.”