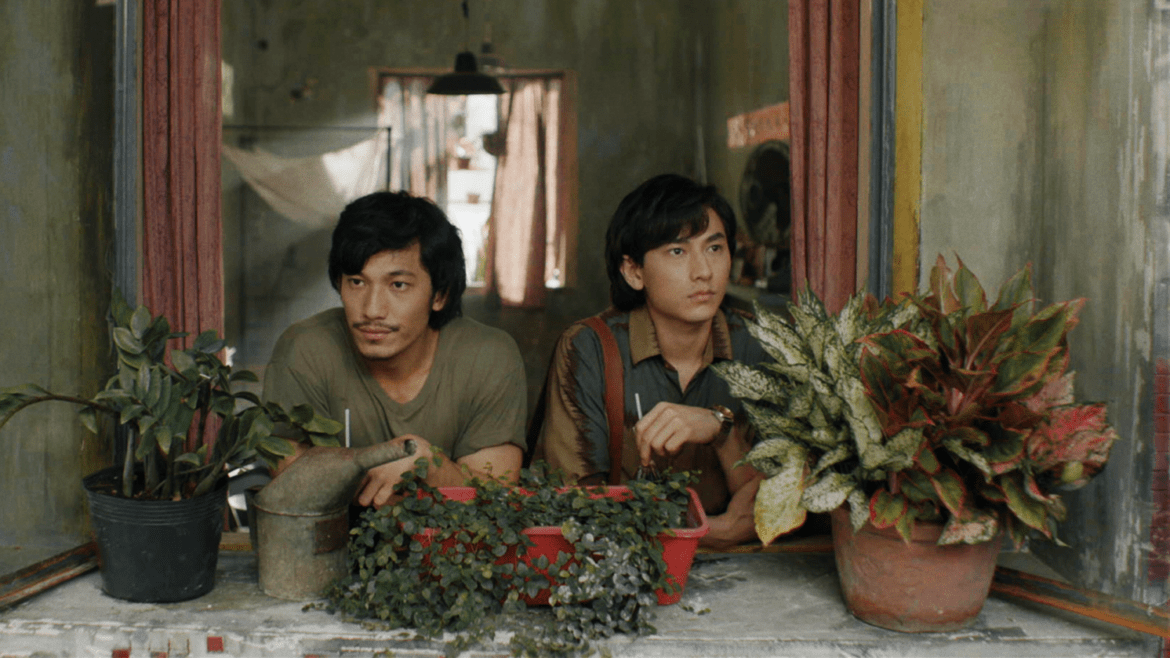 Two multicultural film festivals are getting ready to roll out the red carpet this month in Orange County, and they reflect the county’s growing ethnic populations and their respective creative energies and outputs.

Together, these two film festivals attract hundreds of cinephiles and filmmakers throughout Southern California and beyond, as well as folks just interested in catching a rare independent film, oftentimes in their native Vietnamese or Spanish.

“The more festivals in a community the better,” said Victor Payan, director of the OC Film Fiesta and director of Media Arts Santa Ana (MASA), the nonprofit organization producing the film fiesta.

“Each focus on different audiences, different experiences. The more we can celebrate the cultures of Orange County’s residents, the better.”

“I hope we can do more programming together,” Le said. “They totally complement each other and bring the multicultural aspect of Orange County that you probably won’t see anywhere else in the U.S.”

The Viet Film Fest is opening Oct. 11 with “My Mr. Wife,” a romantic comedy directed by longtime Orange County resident Charlie Nguyen. The screening at AMC Orange 30, a U.S. premiere, will be followed by an opening night reception at Saddle Ranch Chop House at the Outlets at Orange. All VIFF films will play at AMC Orange 30.

“Song Lang” — a winner of more than 25 international awards — will screen at 7 p.m. Saturday, Oct. 12. Directed by New York-based Leon Le, the film is about two men who develop a deep and unlikely friendship. One man works for a loan shark, and the other is a cai luong (Vietnamese traditional musical theater) singer/artist. 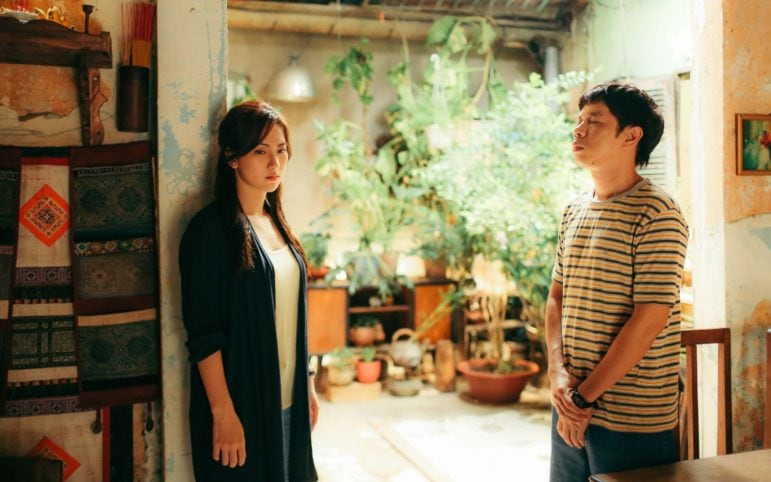 The Saturday night spotlight will be followed by a party and awards ceremony at Water Grill South Coast Plaza, starting at 10 p.m.

Closing the Viet Film Fest will be the U.S. premiere of “The Immortal,” directed by Victor Vu, also a part-time Orange County resident.

For this year’s VIFF, 67 films were submitted, and 12 features and 30 short films were selected. The films were produced in the United States, Canada, France, Germany, Portugal, Thailand, United Kingdom and Vietnam.

Last year, more than half of the films screened were directed or produced by females. This year, about 50% of the films on tap are going to be documentaries. 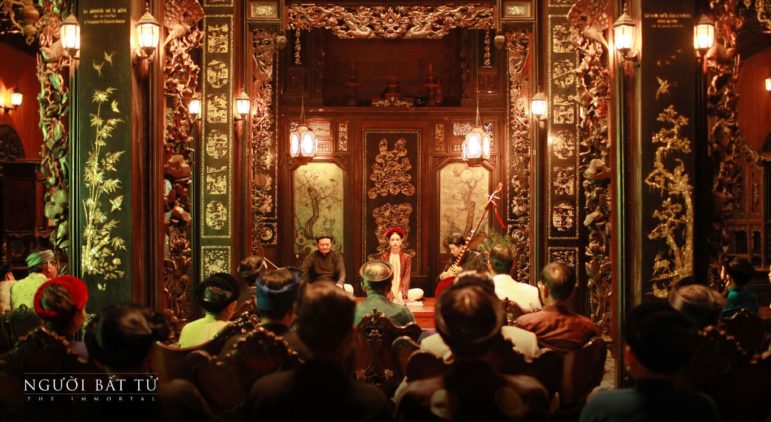 “Seadrift,” directed by Tim Tsai, recounts an incident that occurred 40 years ago. What began as a dispute over fishing territory erupted into violence, KKK threats and other hostilities against Vietnamese refugees along the Gulf Coast. The screening of “Seadrift” will be followed by a panel discussion examining how conditions that existed 40 years ago still prevail today.

On Saturday, Oct. 12 at 3:30 p.m., there will be a free retrospective screening of Oliver Stone’s “Heaven and Earth,” based on two autobiographies by Le Ly Hayslip, who will be attending. The famed director Stone is also expected to attend. A Q&A session will follow.

“The Happiness of Mother,” directed by Huynh Dong, will screen at 11 a.m. Sunday, Oct. 11. The feature about a widow with an autistic son and her quest to protect him will be followed by a panel of experts discussing autism within the Vietnamese American community.

“We’re trying to celebrate and bring the Vietnamese stories to be heard in Vietnamese cinema,” festival director Thuy-Van Nguyen said. “It’s refreshing to see how Vietnamese cinema has grown over the years. Every single year we have a bigger, more diverse selection. I’m amazed by the good documentaries.”

Tony Bui, the writer and director of Sundance award-winner “Three Seasons” (1999), is serving as a judge for the festival, along with Ham Tran (“Journey From the Fall”) and actress Do Thi Hai Yen (“The Quiet American”). She will not be able to attend the festival, but the other two will.

“This year definitely represents the best year, with quality higher, craft being more developed, and the storytelling is getting better,” said Bui, who has seen and judged all of this year’s competition finalists.

The Viet Film Fest, he says, “is an important platform. Who would see all these Vietnamese films? They have screened dozens of Vietnamese films through the years. Especially in the short-film category — they would not be heard or seen if it was not for VIFF. The festival is not only supporting, but helping promote and sustain Vietnamese cinema without a doubt.”

TICKETS: Free to $10 per screening

Not to be overlooked, the OC Film Fiesta kicks off the weekend after VIFF, celebrating its 10th anniversary with a slate of about 30 Latino, Mexican and independent films.

“The festival is a celebration of Orange County’s cinematic and multicultural heritage,” OC Film Fiesta director Payan said. “We’re celebrating that vision. There are different cultural communities of the county, and we want to strengthen the county by coming together through cinematic expression.

“We want to celebrate what brings us all together as Americans in this historical moment when there’s so much noise out there that’s trying to pull us apart. So many aspirations as a nation are reflected in some of the films that we’re screening.”

The OC Film Fiesta will kick off at 7:30 p.m. Friday, Oct. 18 with a free community screening of “Una Última y Nos Vamos” at the historic Ebell Club in Santa Ana.

“Carlos Almaraz: Playing with Fire,” a documentary about the now-legendary Chicano painter Almaraz who died from AIDS in 1989 at age 48, will screen at 2:30 p.m. Saturday, Oct. 26 at AMC Orange 30. 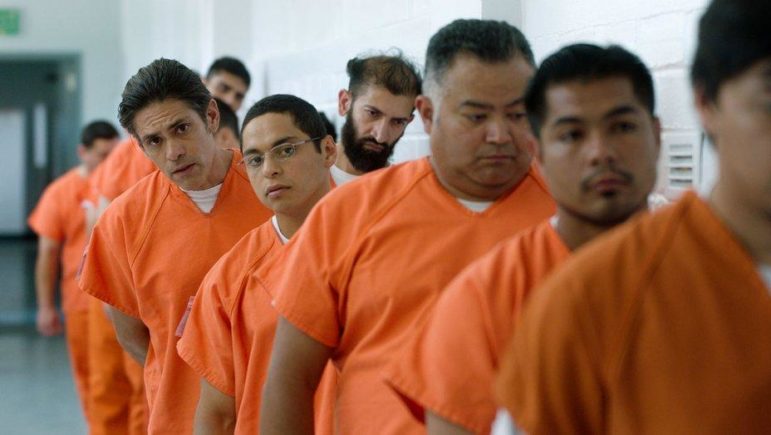 A scene from “The Infiltrators,” a hybrid documentary that tells the story of a group of undocumented youth and Dreamers who deliberately get detained by Border Control in order to infiltrate a shadowy, for-profit detention center. The film will play at 8:15 p.m. Oct. 26 at AMC Orange 30.

“The Infiltrators,” a hybrid documentary that tells the story of a group of undocumented youth and Dreamers who deliberately get detained by Border Control in order to infiltrate a shadowy, for-profit detention center, will play at 8:15 p.m. Oct. 26 at AMC Orange 30. 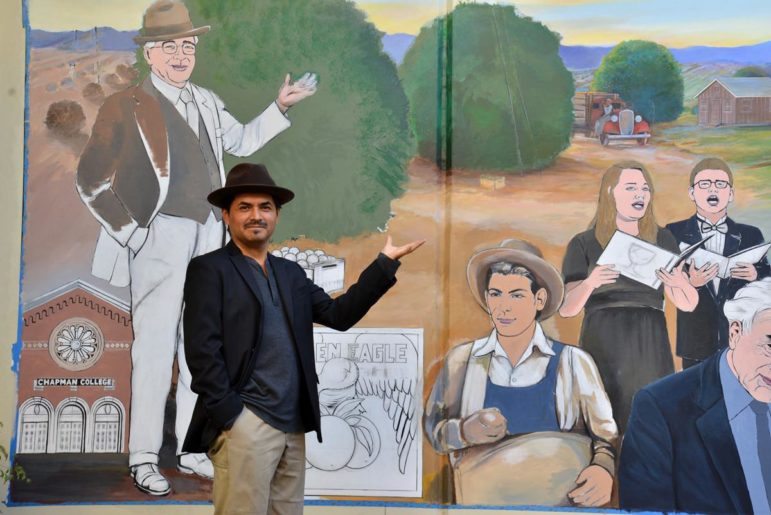 The OC Film Fiesta is presenting “An Evening with Filmmaker Katherine Bowers,” who made a couple of documentaries on the mural restorations of O.C. artist Emigdio Vasquez’s work. Pictured is Vasquez’s son, Higgy Vasquez. The event will be at 6 p.m. Oct. 25 at the Anaheim Public Library, 500 W. Broadway.

In years past, the OC Film Fiesta has highlighted a different culture than its primary Latino focus, such as Vietnamese, Native American, Korean, female and LGBTQ.

This year’s OC Film Fiesta will feature a spotlight on the Middle East on Sunday, Oct. 27, primarily at AMC Orange 30. This will include Middle Eastern shorts at 10:30 a.m., the U.S. premiere of the Turkish film “Bozkir Looks at Birds” at noon, the Moroccan movie “Kilikis … The Town of Owls” at 2:20 p.m.; and a number of Iranian films (including “Fading Portraits”). 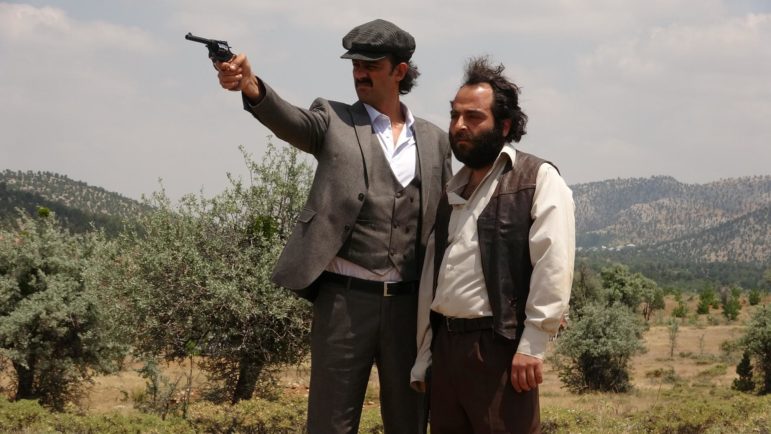 The Turkish film “Bozkir Looks at Birds”will make its U.S. premiere during the OC Film Fiesta. The movie will screen at noon on Oct. 27 at AMC Orange 30.

“Meow Wolf: Origin Story” documents the multidisciplinary DIY collective from Santa Fe, New Mexico that gets “Game of Thrones” author George R.R. Martin to help it take over an old bowling alley for an art exhibition of 140-plus artists. The documentary will screen at 4:15 p.m. Oct. 19 at OCMA Expand – Santa Ana.

“Gaytino! Made in America,” directed by and starring Dan Guerrero, is based on his acclaimed one-man play and will screen at 4:30 p.m. Oct. 26 at AMC Orange 30.

The festival will close Oct. 30 with a special free Taco Truck Cinema screening of the Jack Black comedy “Nacho Libre” at the Mexican Consulate in Santa Ana. This will be preceded by a discussion and signing of the book, “Made in Mexico: Hollywood South of the Border” with author Luis Reyes.

Even though it has been historically difficult for people of color to break through in American cinema, it has not been impossible. In fact, a recent succession of box-office blockbusters has proven that providing diverse content can serve a multitude of audiences and be lucrative as well.

“We have the triple phenomena of ‘Coco,’ ‘Black Panther’ and ‘Crazy Rich Asians,’” Payan said. “They’re making it harder for Hollywood to deny these opportunities and these visions.

“There’s so much diversity already happening out there. In order to capture this money, Hollywood has to learn that it will only do this by including people from these cultures in the key decision-making positions of writer, director and lead actors.

“So it’s changing now, and it needs to change for two reasons: We need it as a global culture, and because if Hollywood wants to make money, it has to go in that direction.”