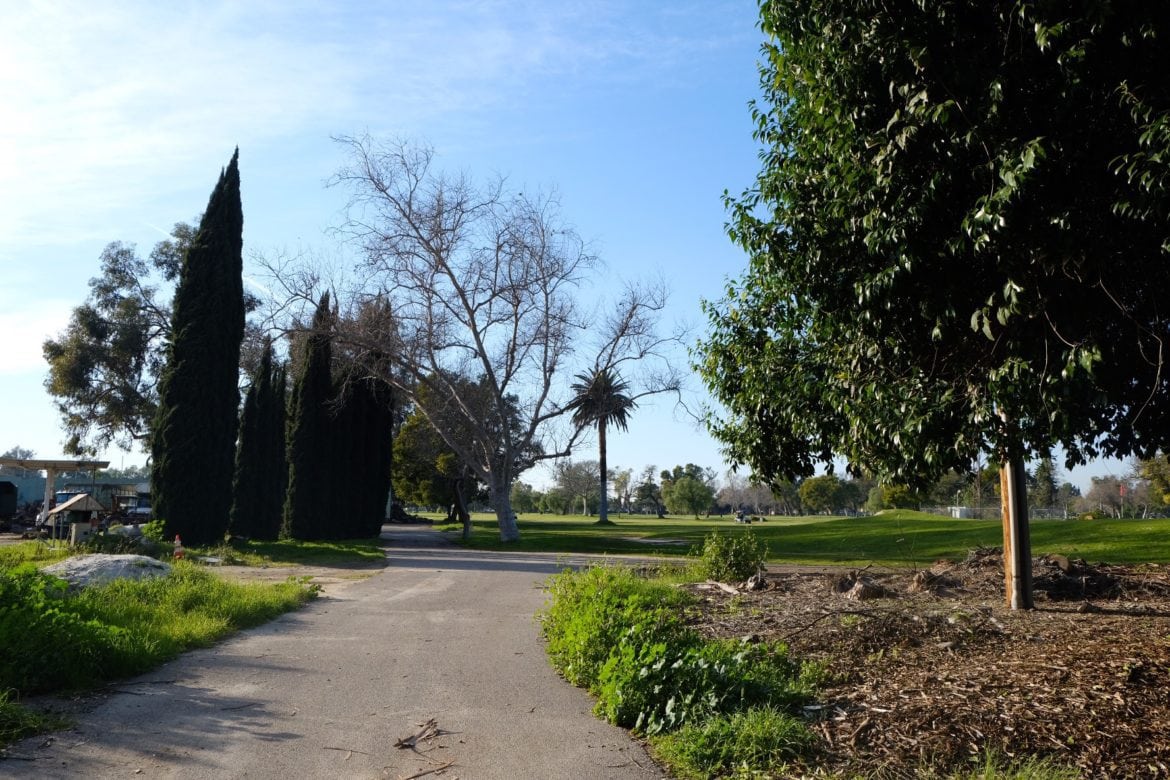 Restrained by a court order and looking at a potentially long legal battle down the line, Garden Grove city officials appear to have given up on trying to hand over one of its last open green spaces in a working-class area to a for-profit developer before tighter state land use restrictions take effect next year.

Staff requested City Council members at their Tuesday meeting drop a public discussion of the proposed agreement between the city and the development company known as McWhinney to lease the 100-acre Willowick Golf Course, which is owned by Garden Grove but located in Santa Ana’s predominantly Latino Santa Anita neighborhood, over 55 years.

Under that deal, McWhinney would have the right to lease out separate land parcels on the property to third party developers for some type of mixture of commercial and retail businesses and apartments.

Council members at the beginning of the meeting unanimously agreed to drop discussion on the deal for now, hours after Los Angeles County Superior Court Judge Mary Strobel ruled the Council could vote to approve the agreement but couldn’t finalize it before the end of the year.

Staff gave no public reason during the meeting for dropping the development proposal, and neither did council members before the vote.

But council members Phat Bui and Kim Nguyen after the meeting said it was due to Strobel’s preliminary ruling and the upcoming legal battle that’s expected to take months before a final ruling is issued.

“They (staff) don’t think that we would want to go forward because it’s not clear yet what the outcome of the litigation will be,” Bui said.

Nguyen said staff have not communicated to her when down the road they would revisit the proposed deal with McWhinney, only that “we have an injunction.”

Strobel’s court order is the result of a lawsuit by residents of the golf course’s surrounding area and local activists who say a for-profit development on the site would decrease the amount of open space in an already park-poor area, gentrify the surrounding working-class neighborhood, and would violate the state Surplus Land Act – a law requiring local agencies in California to prioritize “surplus” land they own for affordable housing and public use options before any for-profit options.

Because Garden Grove won’t be able to hand off the golf course before next year, the golf course may be subject to an amendment to the Surplus Land Act – signed by California Gov. Gavin Newsom in October – that’s aimed at further restricting the ways local agencies can apply exemptions to the law when dealing with valuable land and find ways to circumvent it.

City Manager Scott Stiles didn’t respond to follow-up phone questions after the meeting asking when staff expect the proposal to be revisited.

All anyone knows is that no deal can be finalized between the city and a for-profit developer for the golf course until a final ruling is issued on whether or not the Surplus Land Act applies to the property.

Garden Grove officials say the golf course isn’t subject to the state land use law because the city hasn’t yet declared the site as “surplus” and hasn’t determined that the golf course has no use for the local agency.

But city officials have previously indicated that new parts of the law go into effect next year – which also expand the requirements for cities to define and determine surplus land — and could compel them to apply the state law to the property.

Flor Barajas-Tena, a local activist who’s in part leading the lawsuit against the city over the golf course, responded to Strobel’s ruling by questioning whether Garden Grove officials are “finally ready to sit down with the residents” now that a deal with McWhinney won’t move forward before the end of the year.

“How will Garden Grove apply those amendments when they take effect in 2020?” she said.

Regardless, Barajas-Tena said the ruling left her feeling “positive” and “hopeful.”

Around 15 residents of the surrounding area and local activists – who this year have organized under a group called the Rise Up Willowick Coalition — showed up to the Tuesday Council meeting to talk about Strobel’s ruling and the Council’s next steps with the site.

“We got our injunction. It’s a pretty good night,” said Rise Up Willowick member Sean Drexler, who in public comments described the group’s efforts to come to every council meeting a “one-way conversation.”

“Please meet with residents so it can be a two-way conversation,” Drexler said, adding that he’s not just excited for the “future of Willowick,” but for Garden Grove officials to have an opportunity to “start over a bit.”

Cynthia Guerra, another Rise Up Willowick member and organizer for the Kennedy Commission, said she hopes council members can find the time, “just like you had the time to negotiate with McWhinney and rush this deal through,” to meet with residents.

“We are here and we are here to stay,” said one Rise Up Willowick organizer, Karen Rodriguez. “We invite you to learn from us, work with us and do right by us.”

Rodriguez also pointed out that if Rise Up Willowick had not organized to fight the city’s movement on the golf course – which involved secretly combing through development proposals for half the year and discussing it in closed-door, secret ad hoc committees – “Y’all would have sold off our land already.”

If they had, Rodriguez described the potential outcome for Santa Anita residents as “detrimental to our existence.”