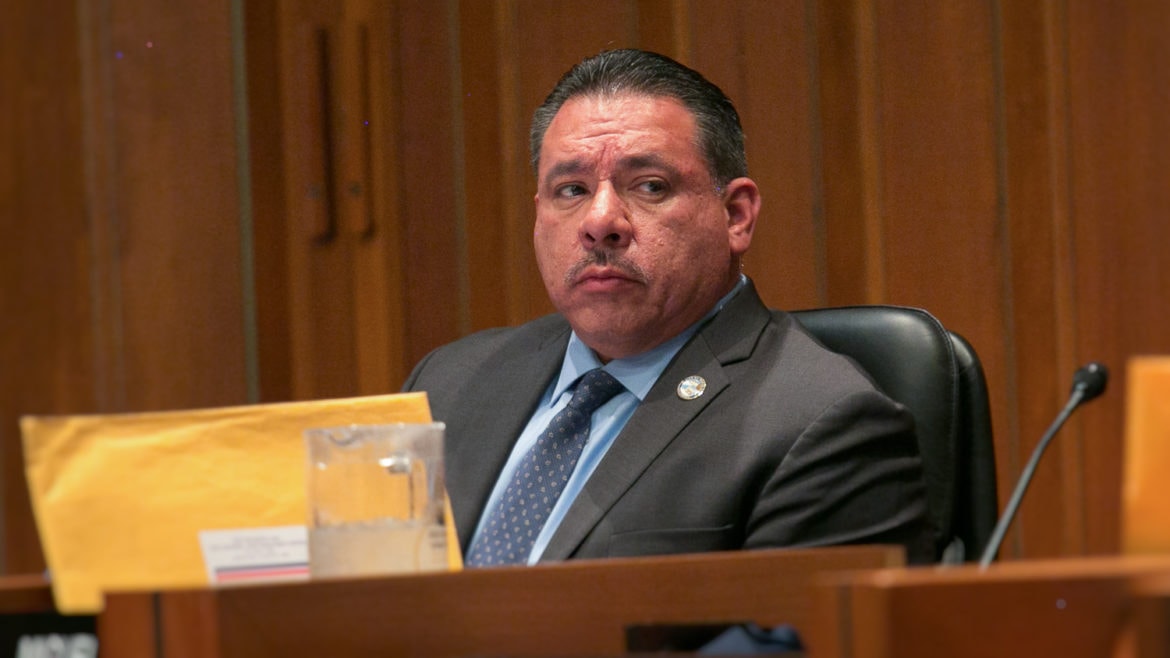 A Santa Ana councilman and law enforcement officer is publicly alleging that one of the key people behind one of the city’s most controversial development projects admitted to him they were involved in more than $320,000 in apparently illegal dark money spent on last year’s citywide elections.

Speaking at Tuesday night’s City Council meeting, Councilman Juan Villegas invited the FBI and state authorities to speak with him about it.

Villegas, who works as a special officer at the Orange County Sheriff’s Department, alleged a key person behind the controversial 2525 N. Main St. project admitted to him their involvement in the dark money campaign – which involved hiding $320,000 in campaign money through a shell company.

“If you only knew what’s going on in the background here,” Villegas said as residents of the Park Santiago neighborhood next to the heavily-contested project looked on.

The 2525 project was put forward by developer Ryan Ogulnick and his company Vineyards Development Corp. 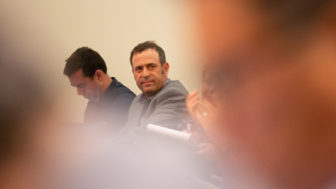 Ogulnick did not respond to requests for comment about Villegas’ allegations. In the past, Ogulnick has repeatedly denied involvement with the dark money.

In California, it is illegal to hide the source of local or state campaign money by running it through an intermediary group and failing to disclose the original source. State authorities with the Fair Political Practices Commission launched an investigation into the dark money more than a year ago and have not announced any developments.

In a Thursday text message, Villegas said he’s been contacted by a Fair Political Practices Commission investigator since making his comments Tuesday, but said he couldn’t say more than that.

In an earlier phone interview, he said he hasn’t been contacted by any lawyers since his remarks.

“The only thing I’ve received is thank-you notes,” he said, adding that he’s expecting “repercussions from these special interests coming after me in the next election.”

“They’re going to come after me, you know,” he said.

The council was in the middle of a procedural second approval of Ogulnick’s 2525 proposal, which has galvanized the Park Santiago neighborhood against it throughout this year with large public protests and community meetings. On Nov. 20, the Council approved the project 4-3, with Villegas, Bacerra and Mayor Miguel Pulido opposed.

The apartments, which would sit across from the MainPlace Mall and Discovery Cube science museum, have become the center of an ongoing debate over the influence of developers in Santa Ana politics. By approving the project, the council changed the property’s allowable land use and accepted the findings of the project’s heavily-contested environmental impact report that critics claimed understated — and in some cases “omitted”– the apartments’ impacts on traffic, parking availability, and the aesthetic of the neighborhood.

In public comments Tuesday, Park Santiago residents continued to voice their opposition and asked for a month-long continuance, citing new objections to the development agreement.

The Council ultimately voted to continue the second approval to Tuesday, Dec. 17 to look into any changes city staff could make to the development agreement. Park Santiago residents had warned they would challenge the project in court, or turn the decision to voters through a ballot referendum.

Much of the $320,000 in dark money last year went to mailers opposing current City Councilman Phil Bacerra, who lost that election but won the seat last month in a special election. Last year’s dark money assisted Bacerra’s opponent Roman Reyna, who won the seat but later resigned over election fraud accusations and pled guilty to a felony.

Voice of OC previously reported that the campaign committee that handled the dark money spent against Bacerra was managed by a Northern California resident with family and work connections to Ogulnick’s lobbyist.

Shortly after Villegas’ comments, Councilwoman Ceci Iglesias — who voted in support of Ogulnick’s project last month — alleged that the dark money was actually from the city’s police union, known as the Santa Ana Police Officers Association, one of the largest campaign spenders in the city.

The union this year has put money behind recall efforts against Villegas and Iglesias, who vocally opposed the scale of $25 million in police raises approved by the Council earlier this year and blocked a mid-year budget increase to pay for them.

The police union has put at least $225,000 into trying to recall the two council members, and the effort faces deadlines in January and February to turn in enough signatures to get recalls on the ballot.

“All of our political expenditures are documented,” said the police union’s president, Gerry Serrano in a text message, calling Iglesias “a liar” and adding that “her comments are slanderous.”

Serrano also said the police union has filed a complaint letter against Iglesias with the city.

Villegas responded to Iglesias’ remarks Tuesay, again without naming anyone, by saying people involved in the dark money were “working together.”

“I told you that many times,” Villegas said to Iglesias.

“I know, I know,” Iglesias replied.

The police union and a committee run by Ogulnick’s lobbyist’s employee gave major contributions on the same day this October to a committee backing City Council candidate Jennifer Oliva. They were the only donors reported by the committee for the entire month.