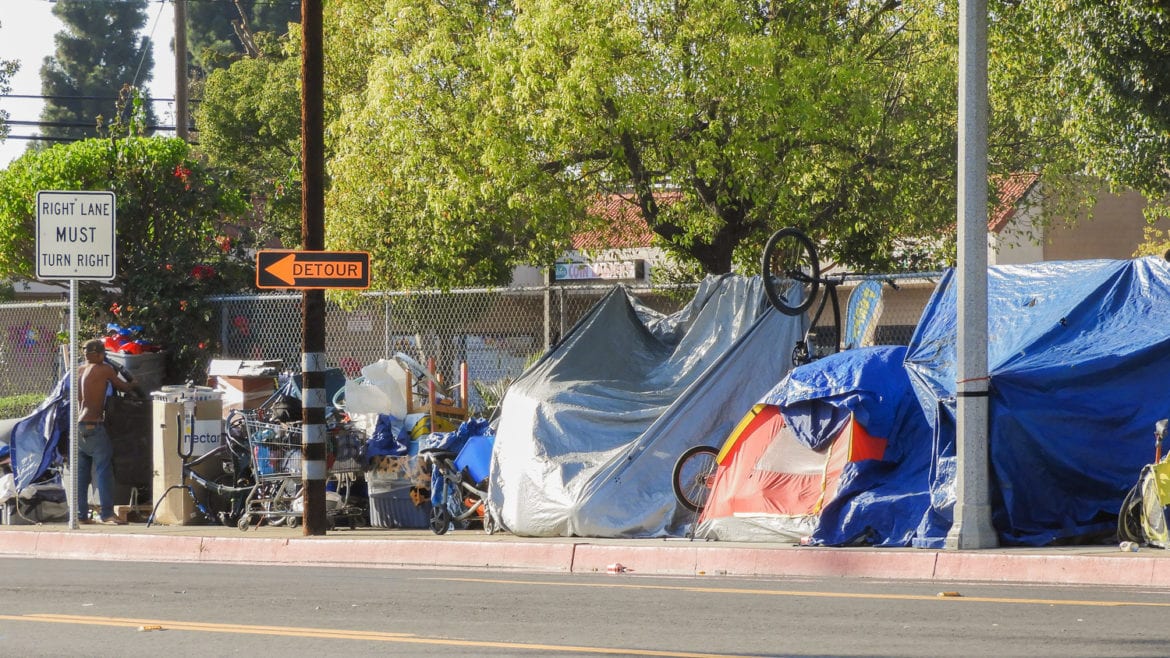 Fullerton could open its first year-round homeless shelter and recuperative care center for up to 150 homeless people in the area, if City Council members vote Tuesday to allow it near the city’s airport.

After the city Planning Commission approved the shelter’s permit in December, a neighboring property owner filed an appeal, and the City Council has the final say its Tuesday meeting.

The shelter would be run by the Illumination Foundation, a non-profit regional homeless services provider, and is slated to be near the corner of Commonwealth and Magnolia avenues.

Ashwill Family LP, the company appealing the shelter permit, said the proposed shelter lacks enough security measures, is inconsistent with the surrounding land uses and will decrease property values, according to the appeal form.

Leon said there’s been community pushback surrounding the Fullerton proposal, but not at the level previous shelter proposals received.

“They just assumed that it’s going to be criminals — I’m not sure. They’ve seen so much on TV and hear stuff, they don’t really understand until they come and take a tour. So, yeah, I think we’re in much better shape than we would’ve been. Four or five years ago we wouldn’t even be having this conversation,” Leon told Voice of OC.

He also said many people don’t realize the La Mesa shelter is operating in the area.

“Most of the neighbors don’t even know they’re there and we are getting people off the street,” said Leon, adding cities and service providers now need to pivot to permanent housing for the people.

Leon said the Illumination Foundation has been working with Ashwill Family LP and nearby residents to address some of their concerns, like raising the height of the fence surrounding the proposed shelter.

“The local neighbors have asked if [we] could make the fence a little higher and we said, ‘Yeah we could make all those accommodations, it’s not a problem,’ ” said Leon, referring to the neighboring property owner’s list of concerns.

The Fullerton National Guard Armory currently serves as an overnight shelter during winter months for up to 200 people. There’s also a similar armory in Santa Ana. Both don’t allow walk-ups and people instead have to be bused in from designated pick up points.

Mike Clements, chairman of the multi-religious Tri-Parish coalition that advocates for housing and shelter for homeless people in North Orange County, said the coalition has been taking time to speak with residents throughout most of last year.

“We found if you spend some time going in and talking to people quietly before doing these hearings and take them to some of these shelters … ahead of time and you respectfully answer people’s questions, then some of the initial hostility fades away,” Clements said.

“We’ve got churches – Catholic, Protestant – Jewish, Muslim, it’s across the board. We certainly don’t agree theologically on issues, but when it comes to homeless [people] and poverty, we’re definitely on the same page there,” Clements said.

The shelter is slated to have 90 overnight beds and 60 recuperative care beds, which are for people who’ve been released from hospitals and need somewhere to recover.

In October, the City Council approved a $500,000 funding agreement with the Illumination Foundation to help secure the property, and on Dec. 11 the Planning Commission approved a permit allowing the proposed shelter.

David Gillanders, executive director of the nonprofit homeless services provider Pathways of Hope, said he hopes the community’s efforts on homeless shelters soon shift toward permanent supportive housing – which has social and medical services to help people adjust from living on the streets to a housed environment.

“I hope this momentum continues into a plan that provides permanent housing to both families and individuals who are struggling with getting out of homelessness or maintaining their housing, given the incredible cost of housing and lack of availability of affordable housing for working people,” Gillanders said in an interview.