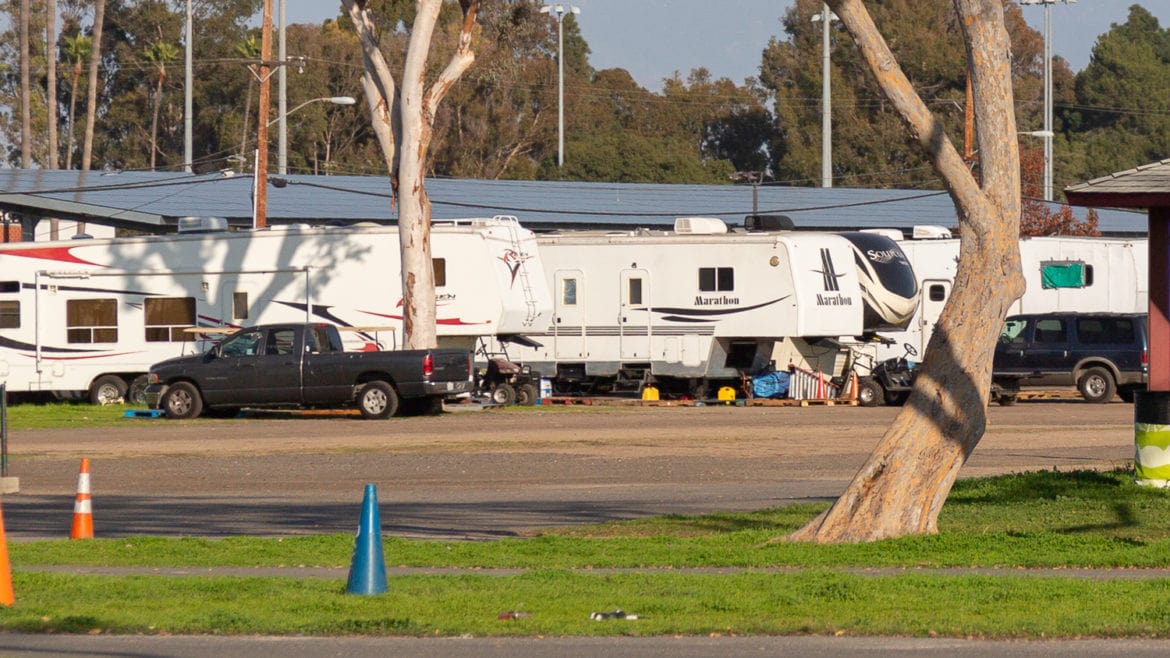 The OC Fair and Events Center lets members of the public rent out RV spaces in a campground outside the fair season.

As a local housing and homelessness crisis continues to claim lives, Orange County officials may soon look to places like the county fairgrounds for help on sheltering homeless people.

County fair sites up and down California are managed by state agencies called agricultural districts, which have until Feb. 28 to find out from the state Dept. of Food and Agriculture whether they can house homeless people on their land under the executive order signed by Governor Gavin Newsom last Wednesday, Jan. 8.

The Orange County fairgrounds, known officially as the OC Fair and Events Center, sits in Costa Mesa on more than 150 acres, and the agency operates on a $55 million budget this year — though it’s unclear how much of the cost to start housing people the agency would shoulder.

OC Fair officials on Friday were hesitant to discuss the new local homeless services possibilities Newsom’s order could mean. But as part of the order, the state would provide identified sites with 100 travel trailers from the state fleet, as well as tent structures to be set up for social and health services. 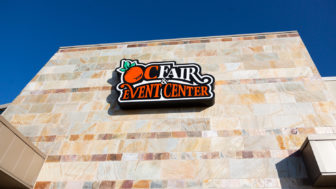 While OC Fair and Event Center CEO Michele Richards said her agency is waiting on Food and Agriculture’s assessment of their location, she added that fair staff would be ready to do whatever’s called for by the state.

“We’re awaiting notification about whether the OC Fair and Events Center will be one of the fairs assessed by the Dept. of Food and Agriculture,” she said, adding it would be “impossible for us to answer” what kind of homeless services fairgrounds staff could set up on the property because staff don’t have enough information on what criteria Food and Agriculture will set for the study.

The state will study fair agencies in areas where shelter crises are in effect, like Orange County, to “determine the population capacity and space that would currently be available to local partners on a short-term emergency basis to provide shelter for individuals who are homeless,” Newsom’s order reads.

Food and Agriculture will also work with the state General Services, Social Services, Emergency Services, and Housing and Community Development departments for the study.

“Until we understand what need is determined at the state level, we can’t really answer questions regarding what area of the fairgrounds might be used, how it would be used,” Richards said.

But if fair staff are “called into action, we would of course be ready to go,” said OC Fair Communications Director Terry Moore.

Part of the site has already proved to have a housing use. The fair allows for onsite RV camping, and has designated spaces where people exhibiting at the fair or members of the public can park. 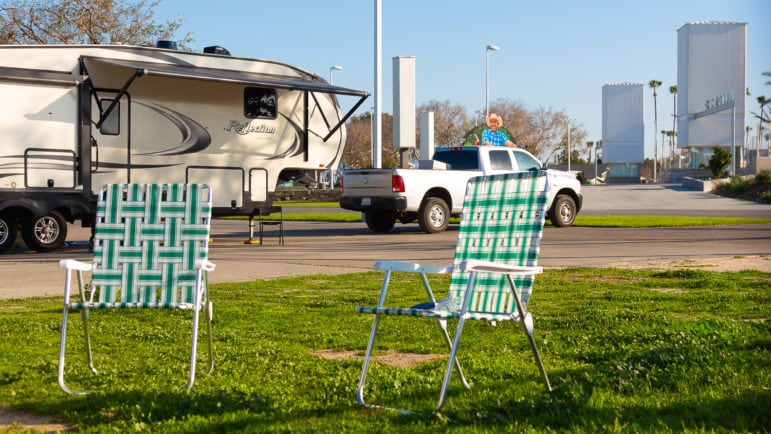 The OC Fair and Events Center lets members of the public park their RV’s on rented out spots on a campground behind the Administration Building outside the fair season.

Newsom’s order comes amid a statewide push for more housing units across California, and a local homelessness crisis in Orange County where advocates say county and city officials aren’t acting fast enough in terms of getting adequate housing units and shelters beds online and addressing the mental health needs of homeless people on the streets.

Local officials have a plan to build at least 2,700 new units of permanent housing in the county with support services for homeless people — something a UC Irvine study found would save taxpayer dollars. But in the two years since the plan gained support, only 24 units have been built while 280 are still under construction.

Beyond the OC Fairgrounds, others question whether a nearby disability services center on a sprawling 114-acre campus should also be analyzed.

Anaheim resident Jeanine Robbins — a homeless advocate who with her husband Mike owns and operates their cigar shop at the Orange County Market Place swap meet on the fairgrounds during the weekends – said in Orange County’s case, there’s a better option to address the housing and homelessness issue just a few miles away.

That option is the Fairview Developmental Center off Harbor Blvd. – just a short drive from the fairgrounds along Fair Dr. – which would be “perfect,” Robbins said.

Fairview, which was opened in 1959, once housed about 2,700 people with intellectual and development disabilities on a campus of about 60 buildings that include living quarters, a main kitchen, an auditorium, and a park. 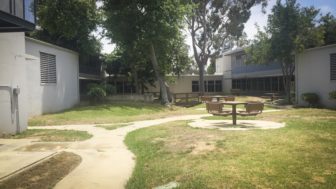 The courtyard outside a vacant residential building at Fairview Developmental Center in Costa Mesa, during a media tour on Thursday, June 6, 2019.

“It’s near a transportation corridor, and it’s already built,” she added. “It could be opened in a month.”

The site has been the center of a battle between a number of different groups and interests, who all have different proposals for using the site after it closes, despite the fact that Newsom has said the state will look into ways Fairview could be used for homeless services.

The Fairview campus sits on 114 acres of state property, much of it currently going unused.  The Governor’s office didn’t respond to requests for comment Friday as to whether the Fairview campus could qualify as a homeless services site after the state agencies conduct their study.