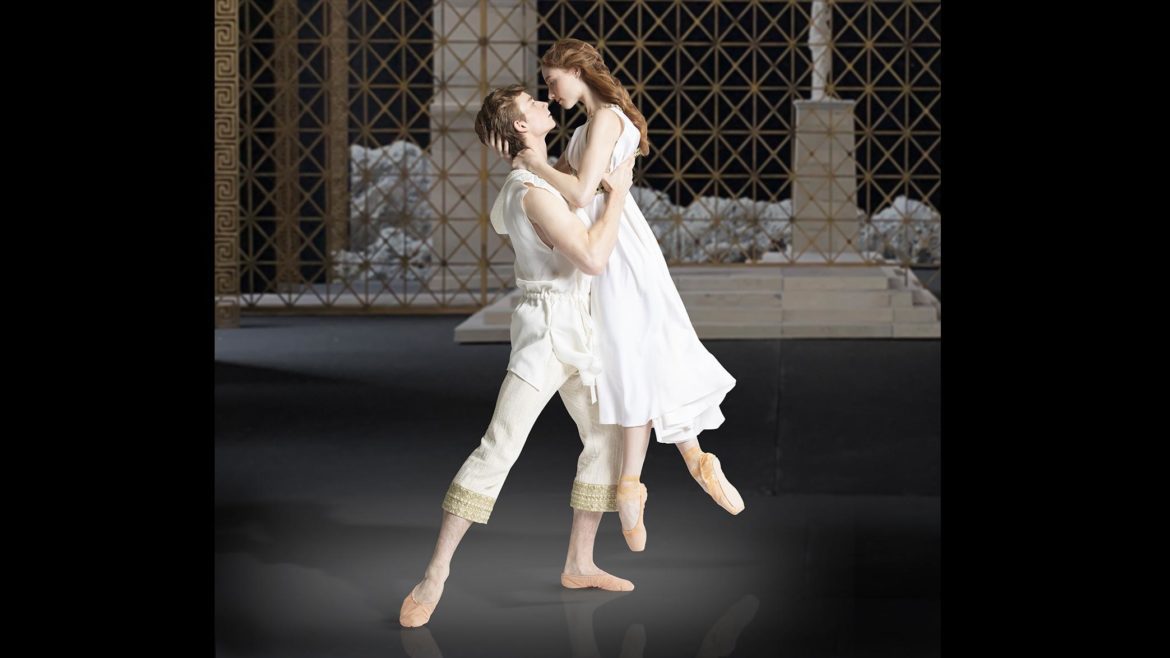 Catherine Hurlin and Aran Bell will perform Callirhoe and Dionysius in the world premiere ABT ballet "Of Love and Rage" at Segerstrom Center for the Arts.

‘Of Love and Rage’

Since Russian-born choreographer Alexei Ratmansky joined American Ballet Theatre as artist-in-residence almost 11 years ago, the MacArthur Fellow has created 16 ballets for the historic company – make that 17 come March 5, when the company presents the world premiere of “Of Love and Rage” at Segerstrom Center for the Arts in Costa Mesa.

Ratmansky’s ballets show a breadth of style, tone and story that have included everything from a contemporary reworking of a Soviet-era ballet with “On the Dnieper” to a transformation of a 1920s ballet into an opulent and surreal work of pop art with “Whipped Cream.”

Energized not only by the task of renewing interest in “the old,” as evidenced by his deep analysis of ballet history and staging of classics, but also creating a legacy of Alexei-originals, Ratmansky lives out ABT’s mission “to create, to present, to preserve and to extend the great repertoire of classical dancing.”

With the addition of “Of Love and Rage” to ABT’s dance canon, Ratmansky is leaning hard into the “extend” part of the mission, crafting movement around a story that has never before been told through dance.

“I get really excited to tell a new story and create a new character,” said ABT principal dancer James Whiteside, who will play the part of Dionysius in the premiere.

“The story is really an epic, and you’ll be amazed at what fits into a two-hour ballet. It’s all new, stylistically Greek, but adapted to be relatable in modern times. And good God, there’s a lot of dancing.”

“Of Love and Rage” is a story of epic proportion, complemented by a libretto by award-winning actor and screenwriter Guillaume Gallienne and a score by Aram Khachaturian, with arrangements by Philip Feeney and performed live by Pacific Symphony. Thoughtfully fusing love, death, kidnapping, fate and forgiveness into a dramatic tale for the ages, this production – packed with action and grace – promises to be an experiment on a grand scale.

“There’s something about the storytelling of this ballet that reminds me of ‘Romeo and Juliet,’ which is my favorite ballet,” said ABT soloist Catherine Hurlin, who will be debuting the role of Callirhoe, for whom the original narrative is titled.

“To be performing a ballet within that realm of passion and tragedy is very exciting,” she continued. “And it doesn’t hurt that I get to do it with my boyfriend (soloist Aran Bell), so the chemistry, the emotions all feel more real.”

“Of Love and Rage” is based on what is widely acknowledged as the oldest novel in existence, “Callirhoe.” Written by Chariton of Aphrodisias presumably in 1st century AD, the story begins when the beautiful noblewoman Callirhoe falls in love at first sight with Chaereas. The two are married but quickly separated after a misunderstanding that leads Chaereas to believe Callirhoe is dead. 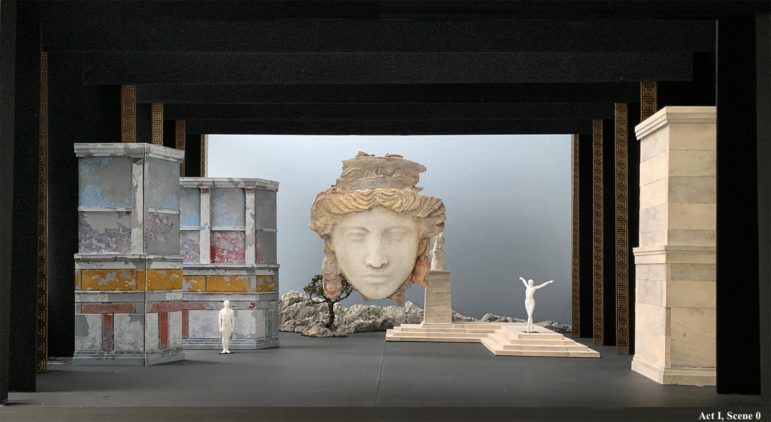 Photo courtesy of ABT

Model of the “Of Love and Rage” set by Jean-Marc Puissant. The ballet receives its world premiere at Segerstrom Center for the Arts.

Callirhoe is entombed with treasures that catch the eye of pirates, who upon raiding the trove find she is not dead. Callirhoe is kidnapped and sold into slavery to the wealthy Dionysius. He falls in love with Callirhoe, marries her and raises the child he thinks is his, but actually belongs to Chaereas.

Ratmansky said in a press release, “‘Of Love and Rage’ is not a fairytale. Although it was written thousands of years ago, with the complexity of the relationship (between Callirhoe and Chaereas) at its core and the tough choices they face, it feels very modern and relevant. Callirhoe is a strong woman in a world where women had very limited options and no power. After early experiences where her fate is determined by men, she learns that she can use her beauty and her brains to shape her fate.”

By now, many of the ABT dancers, Hurlin included, have, as she puts it, “grown up with Alexei,” so the pressure of a premiering a never-before-seen work is not much out of the ordinary.

“The new production part is not where the nerves come in,” said Hurlin.

“For me, since this is my first full-length piece ever, I’m more worried about stamina and staying alive,” she joked. “But really, Alexei has been choreographing since I joined the company. We believe in him, his work.”

Whiteside paints a similar picture of support for Ratmansky and ABT as a whole.

“We’re all rooting for this ballet. It’s a huge undertaking, we’re working our asses off, and we want the audiences to feel like they’re seeing something fresh and special.”

He continued, “Being in a company called American Ballet Theatre, I think ‘theater’ is an important part of that and comes with an expectation. Classics are kind of our thing, but with productions like ‘Of Love and Rage,’ we’re bringing the company into the now, while still holding on to what the company was built on.”

“This ballet feels like another world,” said Whiteside. “While no one has superpowers, no fairies, no princesses, you’re transported to another time. It’s exciting and emotional and relentless in its athleticism. It’s killer. Just wait.”

“Of Love and Rage” will run March 5-8 at Segerstrom Center for the Arts before its New York premiere on June 2 at the Metropolitan Opera House.

Voice of OC writer Laura Bleiburg will write a review of the world premiere, which is scheduled to be published on our website on March 6.