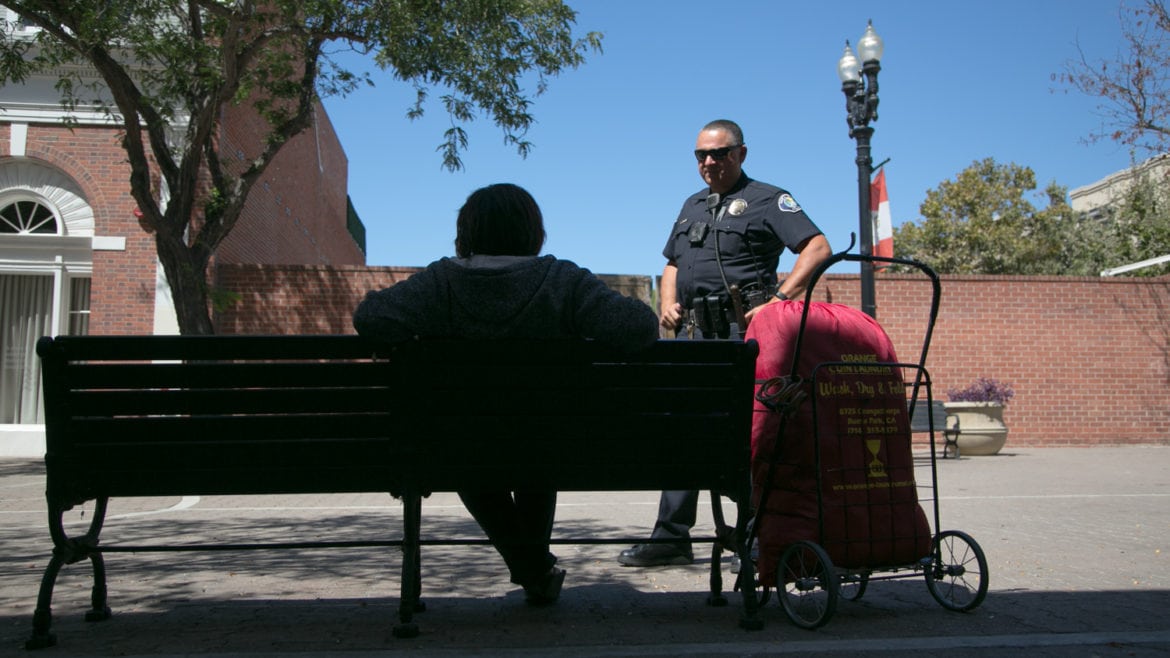 Santa Ana’s battle against being the dumping ground of Orange County’s homeless is heading into a federal courtroom Tuesday.

U.S. District Judge David O. Carter, who over the past two years has presided over homelessness lawsuits that led to new shelters and shelter commitments, is deciding whether to order the county to reimburse Santa Ana for millions in extra police, fire and security costs the city says is caused by a concentration of homeless services there.

Carter has scheduled his first hearing on Santa Ana’s request for 8 a.m. Tuesday. It’s at the same time as a separate hearing he’s holding in another case about the “imminent opening of shelters and resulting enforcement of local ordinances in the cities of Placentia, Bellflower, Fullerton, and Stanton.”

Santa Ana wrote in a court filing that it expects to spend $25 million this fiscal year to deal with homelessness, expenses which the city says take away from its ability to provide “core services” to residents. The city dropped the South County cities from the lawsuit, but the county remains a defendant.

Santa Ana is asking Carter to issue a preliminary injunction ordering the county to reimburse the city for its extra costs to address homelessness, and an order banning the county from transporting homeless people to the cold-weather Santa Ana armory shelter.

County officials have opposed Santa Ana’s request, saying the city has failed to meet the legal standard to obtain a court order and failed to offer proof for its allegations.

“Nowhere does Plaintiff provide any factual allegation or support to indicate, for instance, that the Orange County Sheriff’s Department (or any County agent) is transporting homeless individuals from South County Cities to the Santa Ana Armory,” the County wrote in its opposition filing.

“Thus, the very factual underpinnings that would even validly provide a basis to request a [court order] are absent.”

Santa Ana argues its residents’ civil rights are being violated by the concentration of homeless services in its city.

“For decades, Santa Ana has borne the largest and most inequitable burden of addressing and relieving homelessness in Orange County,” the city wrote in its lawsuit.

“Santa Ana residents have faced homeless encampments, the possibility of a Hepatitis A outbreak, the threat of actual physical and verbal assault, exposure to public defecation and urination, carelessly discarded, uncapped, used hypodermic needles, aggressive panhandling, and excessive trash in the Civic Center and in parks and the public right of way,” the city’s lawsuit states.

The suit alleges county officials caused the deprivation of “core services and quality of life” by using Santa Ana funds on homeless services, subjecting residents “to cruel and unusual punishment in violation of the Eighth Amendment to the United States Constitution.”

Officials in the three south county cities condemned the claims of homeless dumping, describing it in a statement as “legally and factually baseless.” The three cities, they wrote, “dedicate significant funding to helping people experiencing homelessness.”

After south county officials denied the homeless dumping allegations, Santa Ana agreed to drop them from the lawsuit.

“The cities of Dana Point, San Clemente and San Juan Capistrano have assured the City of Santa Ana in writing that they have not transported homeless individuals from their cities to Santa Ana and have no plans to do so,” Santa Ana officials said in a news release last month.

In their release, Santa Ana officials said they dismissed the cities from the lawsuit because of their written assurance they would not transport homeless people to Santa Ana.

Orange County will still have to respond to allegations that the County has almost exclusively established homeless services in Santa Ana.

Hosam Elattar is a Voice of OC news intern. Contact him at [email protected] or on Twitter @ElattarHosam.