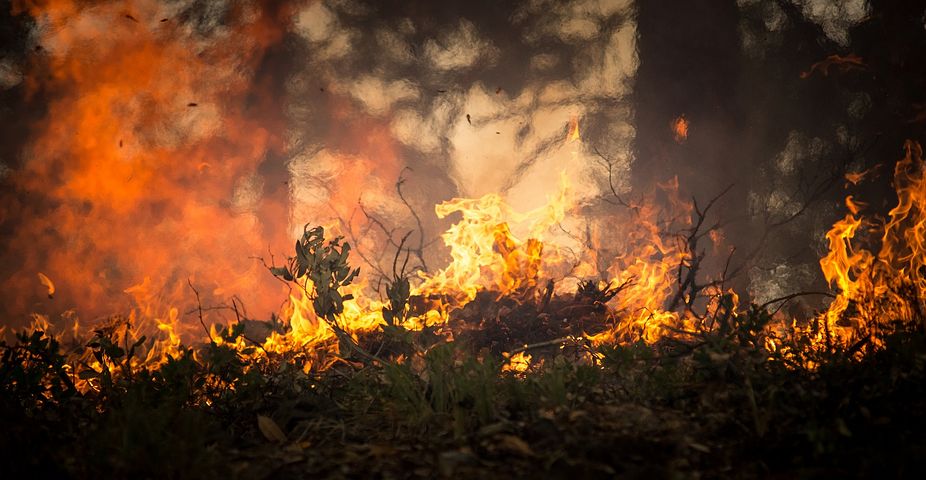 For the moment, much of the public mindset centers on the Coronavirus. But given today is the thirteenth anniversary of the large Windy Ridge fire, I ask you to consider something else of major importance.

If you have driven on Irvine Boulevard between Sand Canyon and Lake Forest for the past ten years, you might have noticed over time the building of housing along the road. The building seemed rather humdrum as it proceeded gradually towards the neighboring city. But when the building went past Modjeska north of Irvine Boulevard, something important happened.

According to an infographic from KQED from maps by Cal Fire’s Office of the State Fire Marshall, the construction crossed into a very high-risk fire area – a designtion determined by the amount of vegetation, fire history and topography. While the map zig zags, the area to the north of Irvine Boulevard from Modjeska to Merit is mostly very high risk. Unfortunately, such building is common to California as about one in every seven homes is in a high-risk or very high-risk area according to a recent article in the Atlantic.

Granted, the maps are old and will be updated and maybe the risk of fire in these areas is now less. Surely, the replacement of plants and brush by houses with sprinklers and such would mean a reduced risk of fire. Unfortunately, it does not work that way. According to that same article in the Atlantic, human made things like houses and cars are better fuel than dry trees. Also, consider a major reason for the wildfires is global warming which worsens by the year.

I am also concerned whether there are many areas in Irvine that will prove difficult to evacuate during an emergency fire. As stated in my previous article for Irvine Watchdog, one example is…”the area between Portola Parkway and Irvine Boulevard that is west of Arrowhead, there are two exit routes on Arrowhead and on Native Springs but both going north to Portola Parkway. What if the fire is coming down from the north and fast? There is an exit to the south on Native Springs leading to Irvine Boulevard. But it is blocked by a locked gate”. The police have the ability to open such gates but would they reach them in time?

Of course, one could bring up the housing crisis. Isn’t such building necessary considering the lack of supply? As stated in a recent article in Bloomberg, housing prices are so high in California that we have over 40% of residents paying more than 30% of their income on rent – the highest state in the US. Also, our state has only about one-eighth of the country’s population but 25% of the country’s homeless.

But resolving this crisis is about more than just construction. It also matters where and how and unfortunately construction is likely in the wrong places and in the wrong way. The solution appears to be building upward in the urban areas not building outward. As stated in the Bloomberg article, about 75% of LA’s residential land is restricted to single family homes and for San Jose it is 94% – this zoning needs to be changed as single-family homes appear to be increasingly housing multiple families anyway. And if housing prices are really the reason to build…luxury homes should not be built but instead housing that is more affordable (which are less profitable for developers).

Are there any other costs to living in such high-risk fire areas? Even if the area is never touched by a fire, another less understood cost appears to be growing as well and should be known by the people buying housing in these areas.

When people choose a home, they usually consider many factors such as the quality of the building material, the size of the home and the school district. They consider various costs such as the mortgage payments, the housing loan’s interest rate, the property taxes and the homeowners’ association fees.

But one factor that is usually not considered as much is the housing insurance costs. Due to all the fires, insurance companies consider living in these classified high-risk fire areas much riskier and thereby potentially pricier to their bottom line than before. As such, insurance companies are likely to charge much higher premiums in the near future.

In fact, as noted in a recent LA Times article, there is some evidence that some California homeowners are having trouble finding insurance on the open market. As also noted in a Wall Street Journal article from last February, All State insurance has cut its homeowners insurance policies by 50% over the past decade due to fears about wildfires. Many Californians have either had to resort (at least temporarily) to the California FAIR plan insurance – an insurer of last resort – or to surplus insurers who charge higher premiums than traditional insurers and do not require state approval for the prices charged.

Of course, Irvine is not being complacent and is taking steps to prepare for fires and evacuations. For example, the city is taking several steps to help residents in the case of fires such as working on a city-wide evacuation plan, training volunteers in emergency response (with the country’s first Mandarin training program) and a program to inform residents of emergencies as long as residents opt into it.

Still, some questions need to be asked. Is Irvine’s government considering these dangers when they decide to build more and more housing along Irvine Boulevard toward Lake Forest or in other parts of the city? Are the potential homebuyers aware of the fire danger of the areas they are moving into as well as the possible hidden costs and problems? If not, should they not be informed? The dangers and costs of fires appears to be growing. That should be known and considered by our local government and by potential homebuyers.

Wesley Oliphant teaches at a community college in Southern California and lived in Irvine for 15 years before moving out last year. He remains a member of the Irvine Watchdog citizens group (irvinewatchdog.org).