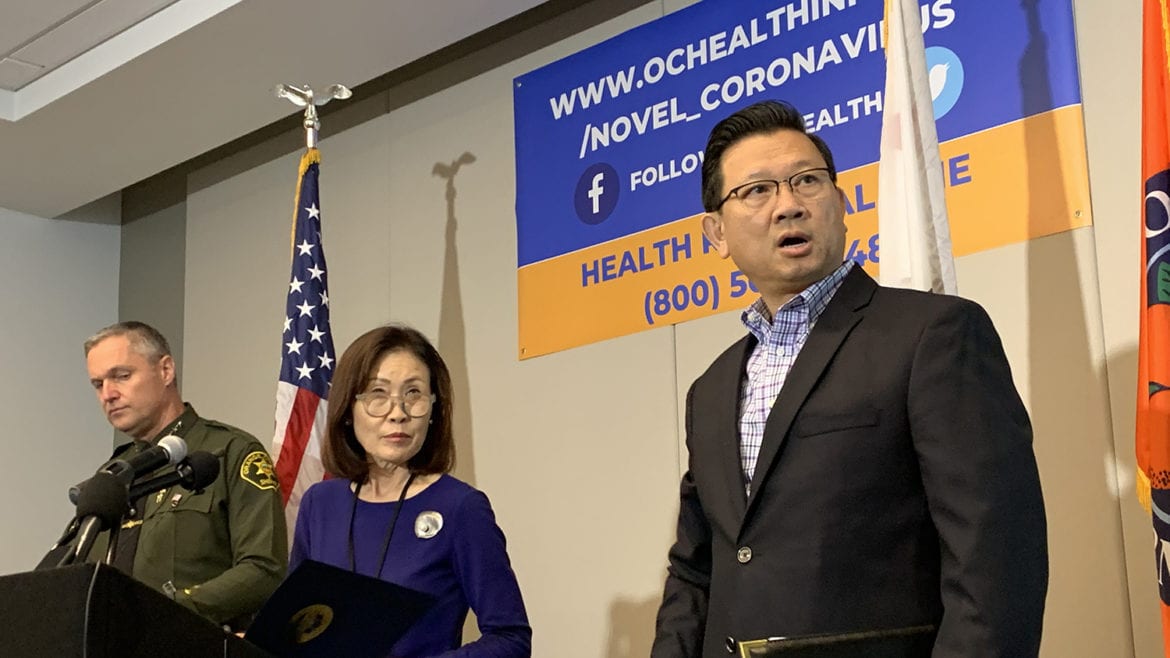 Paid for by taxpayers.

And there is already some indication that these constant dog and pony shows are creating critical delays and sapping public health executives, potentially endangering lives.

These folks don’t need an opening act to warm up the audience.

It’s not a Vegas show.

Yet twice this past week, we witnessed just that, watching Orange County Supervisors’ Chairwoman Michelle Steel (who is running for Congress) and Supervisor Andrew Do (who is running for re-election) trot out seemingly exhausted health care doctors and executives into badly organized press conferences.

Both press conferences had the feel of campaign ads for both Steel and Do, who advertised how they seemingly were directing crisis response themselves.

“On the afternoon of Friday, March 13, Michelle Steel, Chairwoman of the Orange County Board of Supervisors, held a townhall to address the county regarding steps taken to prevent the spread of COVID-19. Chairwoman Steel announced that the board of supervisors will be having special board meetings every week in addition to regular meetings. The meetings will focus on coronavirus and county efforts to stop its spread,” read the release sent out by Steel’s office.

Note, county supervisors used to meet every week as a general course of business. Their meeting schedule was relaxed to twice-a-month several years back.

Now, just ahead of a November election and in the midst of a pandemic, we are back to weekly meetings.

But only for pandemic updates.

Voice of OC is Orange County’s nonprofit newsroom. We are bringing you vital local coverage of Coronavirus free of ads, paywalls and user tracking.
Know the latest by subscribing to our emails. Sustain and expand our work by starting a monthly donation.
Get involved by asking us questions, writing an editorial or submitting a press release.

Indeed, last Friday afternoon around 1:30 p.m. – just as a wide array of federal and state officials were telling us not to congregate with people, that’s exactly what we reporters had to do at the county civic center, waiting for Steel and Do to paint a picture of themselves as disaster response officials. 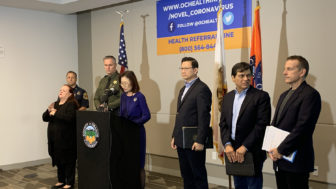 The timing was also good for that afternoon’s TV broadcasts.

Ironically, later that day, when county Health Care Agency officials actually had confirmed the first case of locally-acquired COVID-19, around 5:30 p.m., it seemed the entire bureaucracy had gone home. The emergency operations center closed at 5 p.m.

Thus, when the real news happened, there was no press response.

Note also for historical reference that these county supervisors are the same folks who have systematically underfunded the local public health system over the past decade to shift money away from health care and toward deputy sheriffs, whose union helps their campaigns with large independent mail advertisements.

Over the past decade, Orange County supervisors hugely reduced discretionary funding for critical public health agencies. Since fiscal 2008, discretionary dollars spent on health care are down $68 million, or 30 percent. During the same time, spending on the social services agency dropped by $50 million, down 28 percent.

Meanwhile, spending on the Sheriff’s Department has gone up by $159 million, up 98 percent.

A day earlier, Steel’s colleague, Supervisor Andrew Do – who is facing a tough re-election campaign of his own – was out in front at another hastily-organized county press conference or town hall, a Facebook Live event, directing viewers to his District website. 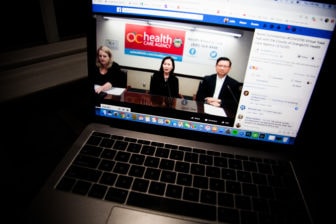 And while Do announced proudly that workers were being allowed to work from home, the next day labor officials were blasting the County CEO, irritated that more worker-friendly policies weren’t being rolled out.

Do and Steel also last month practically took credit for the county’s entire response, initiating a program at the board of supervisors that would offer “emergency training and resources for frontline healthcare workers and first responders to better prepare Orange County to respond to COVID-19 and avoid mistakes and delays, experienced by other jurisdictions in the worldwide response to coronavirus.”

You would think that the health care agency would have already been preparing to offer their workers training.

The Feb. 28 agenda report also made it read like Steel and Do run the government.

Do’s District website all but says as much, offering a description for that day as, “Chairwoman Steel and Vice-Chairman Do propose next steps for County to fight Coronavirus.”

According to Do’s website, this morning the board of supervisors will have a meeting to review the rolling out of private testing labs, hospital and first responder support, public safety net and food security support and vulnerable population and homeless response.

All things one would expect the public health bureaucracy is working on.

It will be interesting to see what the Michelle Steel and Andrew Do show does with that.