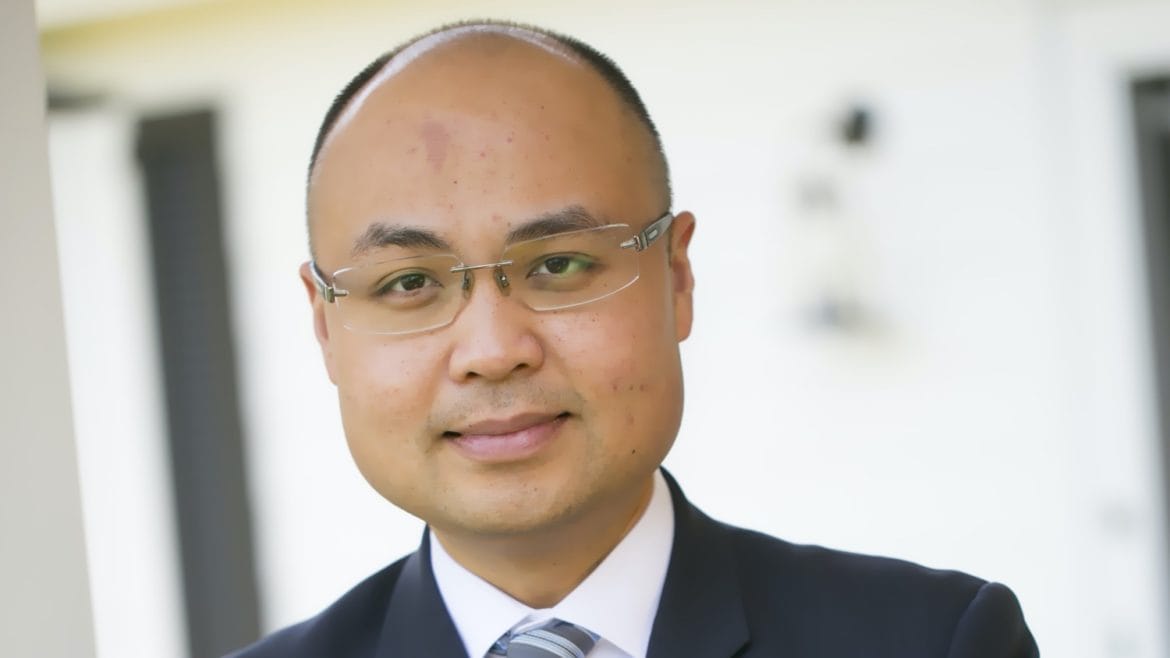 Assemblyman Tyler Diep, in a photo published by his 2020 election campaign.

State Assemblyman Tyler Diep (R-Westminster) was knocked out of the second place spot – at least for now – by Democrat Diedre Nguyen, a Garden Grove councilwoman, in Wednesday’s election results update, continuing a trend over the last several days.

Nguyen pulled ahead Wednesday with 208 votes more than Diep, as ballot counting continues. If her lead holds, Diep will join Assemblyman Bill Brough (R-Dana Point) on the election sidelines this fall – a rare occurrence of an incumbent legislator losing in the primary election. The top two vote-getters in state legislative races advance to November.

Diep and Brough’s lower-place positions revealed divisions within the Orange County Republican Party, which withdrew its endorsement of Diep because of his labor union-friendly votes in Sacramento. And the party urged Brough to drop out of the race amid a flurry of allegations of sexual harassment and misuse of campaign funds.

“It’s certainly rare. But it’s really gutsy because these guys are in the minority in Sacramento,” said Chapman University professor Fred Smoller, a local elections expert.

He also said he can’t remember any other time a political party didn’t back one of their own incumbents.

“I don’t know of any cases. Usually the incumbents get the endorsements,” Smoller said. “They took a real risk.”

“It’s turning violet and the Republican Party is far from dead. The central committee pulled their strings on these guys and showed their strength,” Smoller said.

Diep finished election night nearly 5,000 votes ahead of Nguyen. Each updated round of ballot counts have steadily cut into that gap until Nguyen took the lead Wednesday evening.

If the trend holds, Nguyen will face Janet Nguyen, a Republican former state senator, in the fall.

On election night, it seemed Diep had barely survived a tense mail and media battle with fellow Janet Nguyen, who also was a former OC supervisor, for the 72nd Assembly District seat — which is home to Little Saigon.

Yet Diep was hit with a wave of opposition mailers funded by Uber and Lyft, which spent about $2 million on the ads over his support last year of a state law that classifies freelancers as employees if they work enough hours or produce enough of a certain type of product, according to the Wall Street Journal. The law has come under fire from various employers, including Lyft and Uber, who use freelancers and independent contractors.

“His ‘crime’ was the notion that he looked at the changing demographics … and so he tended to vote a little more with unions and labor, and the central committee of the Republicans didn’t see him as a true Republican,” Smoller said.

The party instead backed Janet Nguyen.

And OC Republicans asked Brough to drop out after allegations of campaign fund misuse and sexual harassment claims surfaced.

“In this case, they pulled the plug on him,” Smoller said, referring to county Republicans’ decision before the election to urge Brough to drop out.

“I’d imagine if [OC Republicans] did not pull the plug, he’d come in first or second,” he added.

Janet Nguyen is currently in first place by roughly 10,000 votes, or a 9-point margin, above Diedre Nguyen and Diep, of the roughly 102,000 ballots counted in the race.

If the trend hold or continues in Diedre Nguyen’s favor, she would face Janet Nguyen in a November battle between Republicans and Democrats for an Assembly district where voter registration is almost equal. Republicans have about 2,400 more registered voters than Democrats. No Party Preference voters make up a quarter of the district’s roughly 253,000 voters.

Meanwhile, in the 73rd Assembly District, Brough was in fourth place in the latest results, and at least 9,000 votes behind the second place vote-getter, Democrat Scott Rhinehart. Laurie Davies, the Republican mayor of Laguna Niguel, led the race with a nearly 6,000-vote lead over Rhinehart.

The 73rd District is a red one, with Republicans holding 41 percent of the district’s nearly 300,000 registered voters. Democrats make up just under 30 percent and No Party Preference voters hold out at just under 24 percent.