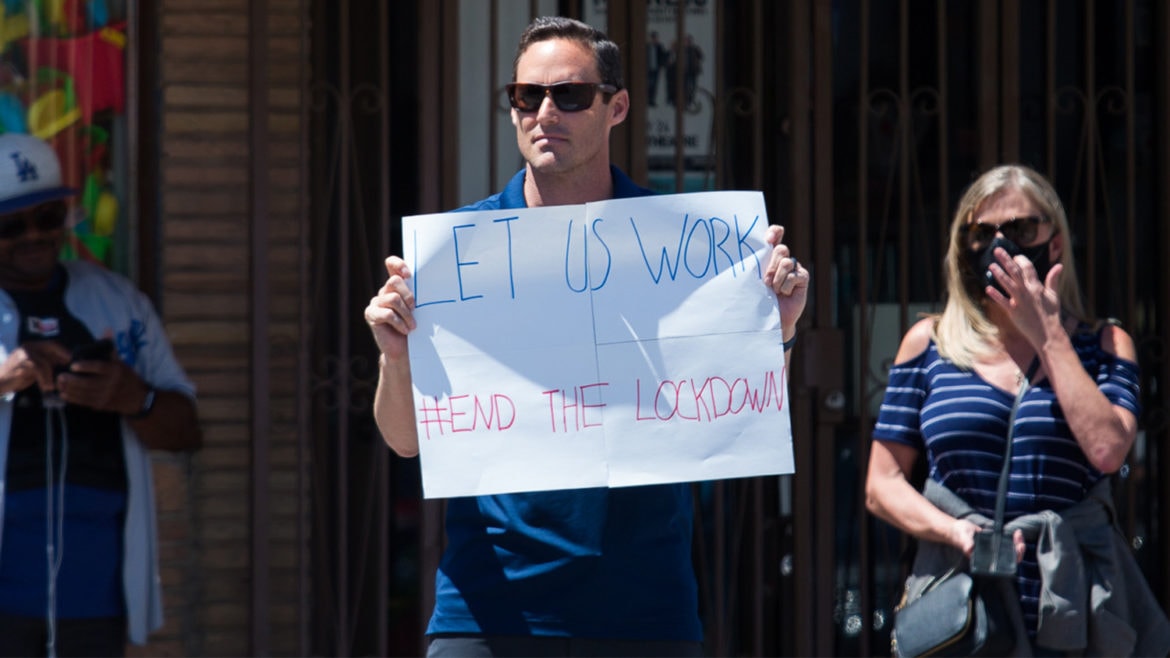 Orange County protests railing against Gov. Gavin Newsom’s stay home orders are increasing, becoming part of a larger statewide effort to reopen the economy, despite the continued spread of the novel coronavirus.

People protested the orders Friday afternoon in Santa Ana and there’s another protest slated for Monday in Orange. There’s also protests scheduled in Huntington Beach and Laguna Beach on May 1, part of a series of demonstrations throughout the state that day.

Meanwhile, the virus has killed 36 people out of 1,827 confirmed cases, according to updated counts released Friday. There’s also 158 people hospitalized, including 59 in intensive care units.

OC Sheriff spokeswoman Carrie Braun said the deputies are approaching the protests with a light hand.

“They’re going to be encouraging safe social distancing and we’ve had a lot of success so far in education and voluntary compliance. And that’s the main approach we’ll take this weekend,” Braun said.

“The protest last weekend in San Clemente, they’re estimating about 400 people down there and we had no citations and no arrests,” she said. 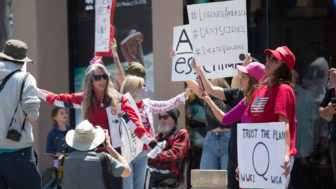 Huntington Beach police officers didn’t arrest or cite anyone for last week’s protest. Although one man was arrested for allegedly holding a KTTV-11 cameraman hostage at knifepoint, hours after the protest.

A San Diego woman could face a misdemeanor charge for encouraging protests in the city, violating Newsom’s stay home orders. As of Thursday, the San Diego District Attorney hadn’t filed any charges and declined to comment to the Los Angeles Times about the future of the case.

If charged and convicted, she faces up to six months in jail and up to a $1,000 fine.

“I always prefer erring on the side of more freedom than less, within reason. And finding out what is in reason and reasonable has always been the tough question in this response,” Wagner said.

Since Newsom issued the stay home orders March 19, millions of Californinans have applied for unemployment insurance because the order shut down large swaths of the economy because it shut down businesses like bars, night clubs, concert halls, sporting events, conventions and a host of others.

As of Friday, nearly 3.4 million people have applied for unemployment benefits and the state has paid out nearly $4 billion in claims, Newsom said at a Thursday news conference.

Meanwhile, public health officials have cautioned against reopening the economy too quickly before more testing is widely available, along with serology testing, which is a blood test to determine if a person had the virus. The serology could be used to determine potential virus immunity, but the issue still needs to be studied.

“I caution you that we are not there yet, that we are working with our academic partners and lab partners to move that forward in responsible and accelerated ways,” said Secretary of california Health and Human Services, Dr. Mark Ghaley, at Thursday’s news conference.

“There’s still a lack of serology across the board,” Quick said. “The FDA is working on a daily basis to approve more and more of these.”

She also said County officials are gearing up to conduct serology tests on 1,500 people.

Wagner asked her how many people should take the blood tests to determine how much the virus has spread.

Quick said researchers will tell where to draw some of the 1,500 people from in order to paint a bigger picture of OC.

“So you’re getting a representative sample of your population to tell you what your herd immunity is,” Quick said.