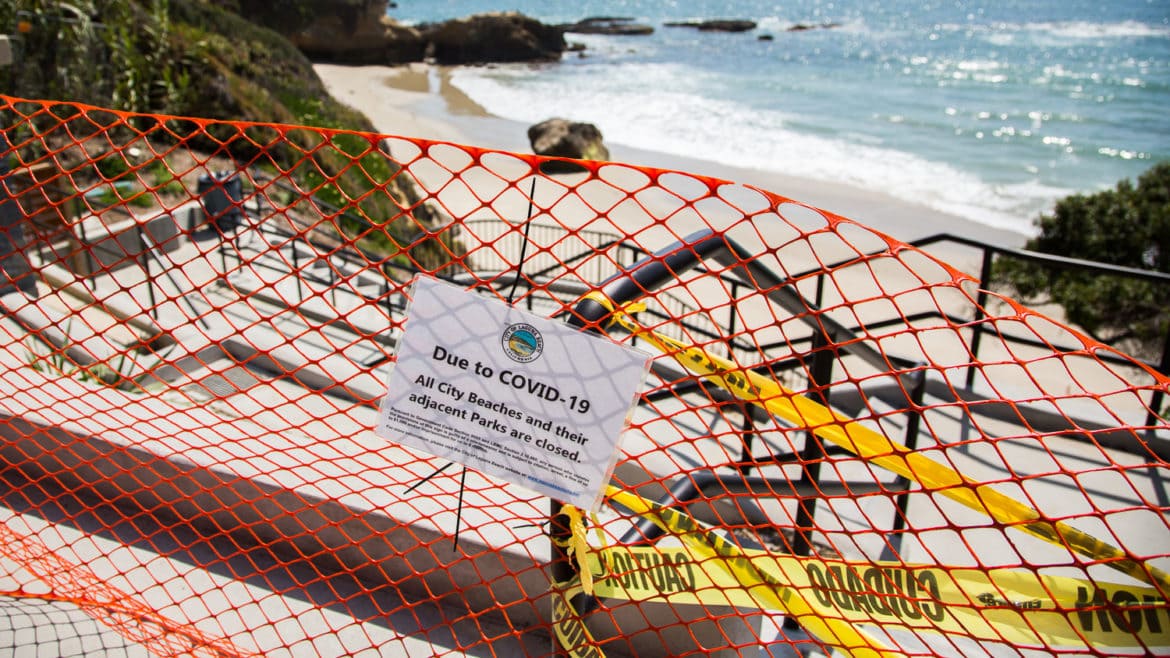 The beaches will be open weekdays from 6 a.m. to 10 a.m. and are for “active use” only. People can’t lay out beach towels, plant umbrellas and sun bathe. Instead, people can swim, surf or other physical activities.

Yet it hasn’t been the city run beaches causing problems for residents, it’s the County beaches.

The County of Orange controls the coastline in south Laguna Beach, where many residents said people flocked to last weekend and trashed the neighborhood streets because the County closed down the nearby parking lot.

“We have a major issue in South Laguna and you guys need to figure something out,” resident Tina Steincke said during public comment.

“It was not COVID 19, it was Coachella at the beach … it was about 99 percent of them not adhering to the rules,” resident Jill Lockhart said.

Mayor Bob Whalen asked Supervisor Lisa Bartlett to get the County to close beaches at the County board meeting last week, but Bartlett failed to gain any support from her Supervisor colleagues.

“We’re getting inundated in our coastal communities from San Diego, Los Angeles, the Inland Empire,” Bartlett told her colleagues April 21. “So I would ask that today we begin looking at beach closures for at least the next two weeks.”

The Supervisors’ inaction on the issue drew the concern from Laguna Beach Councilwoman Toni Iseman.

“This has been something that we have talked about over the years, which is controlling the entire coastline,” Iseman said. “It would be nice to have local control rather than having to rely on the Supervisors.”

“In the past,  Aliso hasn’t proven to be even close to breaking even,” Pietig said.

But some residents said opening up all the beaches would relieve south Laguna Beach somewhat.

“The reality is it’s here. The only thing that can tell us is time, but what we know is we’re in a pressure cooker situation,” resident Todd Madsen said. “By opening up the additional trailheads and beaches, it relieves some pressure.”

Councilmembers did unanimously vote to reopen the city trails.

Whalen, the mayor, said the city will be looking to address some of the parking problems in the southside of the city since the county-run beaches are still open, but the parking lots are closed.

“We will certainly follow up with the issue of the parking in Aliso Beach.”