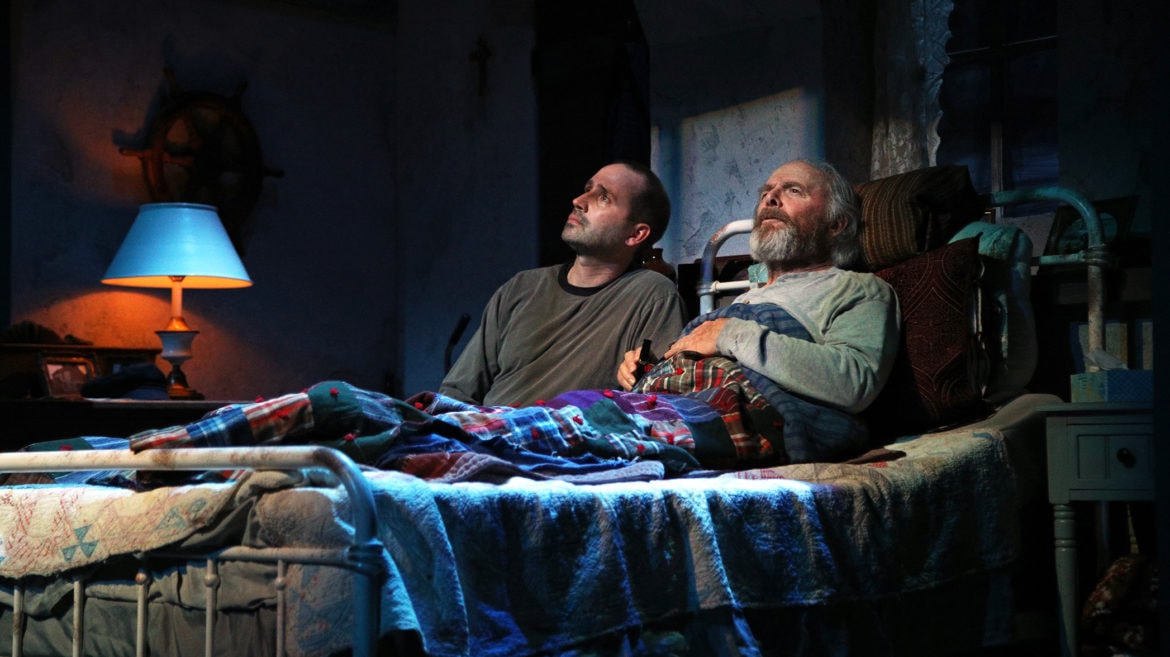 Scott Ferrara and Richard Doyle in South Coast Repertory's 2020 ​production of ​"Outside Mullingar" by ​John Patrick Shanley. SCR taped an early performance of this production for streaming on Vimeo once it became clear that the remaining live performances would be canceled due to the COVID-19 pandemic.

Editor’s Note: We are Voice of OC, Orange County’s nonprofit & nonpartisan newsroom. We are bringing you the best, most comprehensive local Coronavirus news absolutely free. No ads, no paywalls. We need your help. Please, click here to make a tax-deductible donation today to support your local news.

The COVID-19 pandemic has dealt a staggering blow to Orange County’s arts community. According to a report published this week by Arts Orange County, local arts organizations have suffered losses of $16 million since the start of the crisis. Its survey of 42 O.C. arts groups revealed a community reeling from reduced audiences and revenue:

“It’s hard to quantify the economic damage,” said John Forsyte, president of Pacific Symphony.  “The best you can do is estimate based on lost ticket revenue and calculate the attrition that you think might happen. We are hopeful that the county and state and federal governments will provide subsidies.”

Casey Reitz, president of the Segerstrom Center for the Arts, said he must make some tough decisions in the near future.

“What should we do on a fundraising front? Do we get aggressive? Should we be using more soft messaging?” It’s tricky to go to board members and other potential private donors at this sensitive moment, Reitz said. “It’s critically important when we have no ticket revenue to depend on contributed income, but we have to be sensitive to people who have lost some wealth.”

Reitz emphasized the need to stay engaged with audiences. “Now we are focused on digital content as much as we can. A lot of arts organizations have volumes of archives. And the unions have been nice enough to let us put some things out there.”

“The uncertainty is the hardest thing. It’s so unclear what the loss is because we don’t know how long this is going to last,” said Nguyen. “It’s hard to plan. Everything is temporary: ‘This is the plan until the next advisory.’”

Governments at all levels are scrambling to help in various ways, said Richard Stein, president of Arts Orange County. Donations to arts groups will be affected by new federal legislation.

“The cap on charitable giving has been lifted to a higher level. So that even those people who don’t itemize their deductions, and that’s 90% of all taxpayers, will be able to deduct charitable contributions. That’s actually a significant change in the law.”

Other new laws are aimed to help non-profits such as arts organizations, Stein said. “In addition to new Small Business Administration loans to non-profits, there’s expanded unemployment benefits that will include freelancers and independent contractors.”

Still, the road ahead is an unfamiliar one for arts groups, Forsyte said.

“I think when we make our case to the community, it starts with value. What is your value to your community? Are you offering something of intrinsic spiritual and emotional value? Can you find a way to monetize this? My feeling is we’re going to be much more dependent on philanthropy than earned revenue for a while. Therefore the case for relevance has to be very strong.”