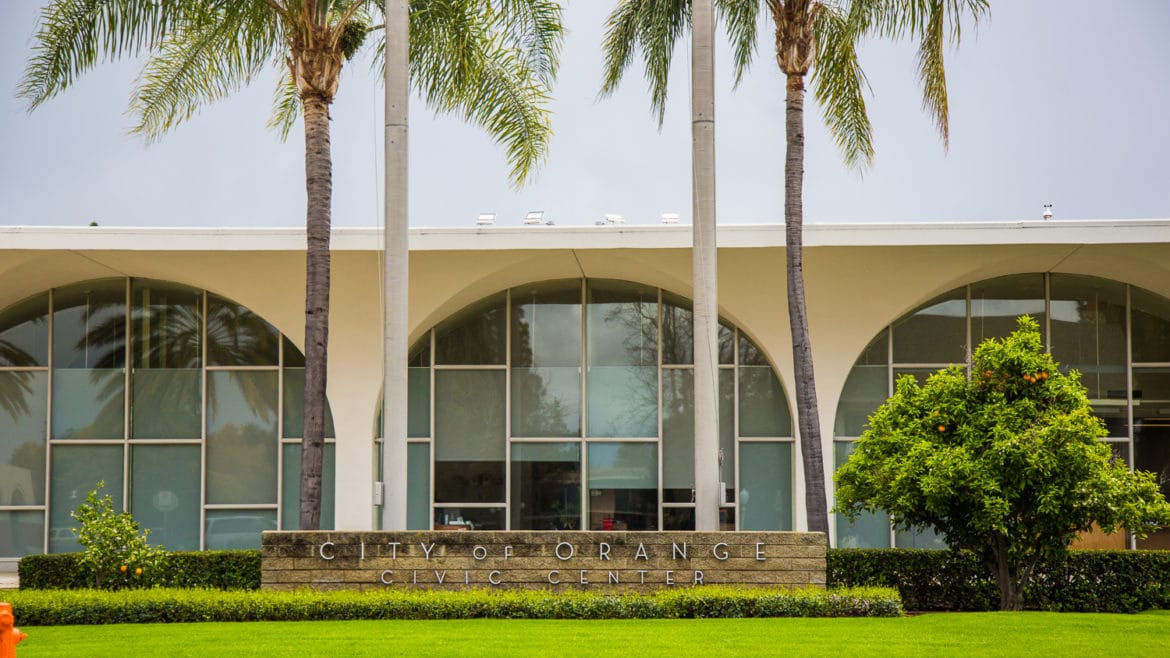 The City of Orange Civic Center.

The Orange City Council shut down a motel operating as a birth tourism lodge last week, giving the owner until the end of the month to find housing for the remaining tenants.

The JR Motel opened in 2015, but it doesn’t have any signs or take local reservations, exclusively using a foreign booking service for all of its business. The majority of its business comes from pregnant Chinese women who come to the US on temporary visas, according to presentations by city staff.

The motel also keeps its doors locked on both sides, with a sign for customers instructing them not to open the door for anyone and to refer visitors to a manager.

City staff made it clear that while the business’ activities weren’t illegal, the operation of the motel more closely resembled a boarding or lodging house, which the property is not zoned for.

An inspection by the city also found over a dozen building code violations and deviations from the plans submitted to the city.

Multiple suites were subdivided to allow for more tenants, a lobby was converted to a buffet, and an unpermitted basement expansion that included lodgings for staff were three of the primary violations discussed at the public meeting.

Chi Huang, the owner of the motel, argued that he didn’t know he needed to go to the city for permits to complete the expansions. Huang is also a licensed contractor in the state of California, which multiple council members pointed out as evidence that he should have known to obtain permits.

City staff said Huang was misleading to the city about the prices to stay at the motel.

According to city staff, they were told the price per night ranged anywhere from $80 to $150 per night, but Huang’s website said that it was $200 night before birth and $505 a night after birth.

The motel has fixed all of the building and fire code violations according to Tony Lu, an attorney representing the owner of the motel, who provided before and after photos to show the changes, including patching holes where doors had been installed and the removal of the basement expansion.

Certain portions of the unapproved renovations could not be removed, as contractors were concerned it would weaken the structural integrity of the building.

However, the motel has not paid transient occupancy taxes for close to four years, although they started paying in Oct. 2019. City staff estimated that the total amount in owed taxes was just over $100,000.

Lu argued that since the tenants were staying longer than thirty days that the additional taxes did not apply to the motel, and that Huang could not afford to pay those fees out of pocket.

“My client was always told by the city that transient occupancy taxes were not required,” Lu said.

There was no decision announced at the meeting on whether or not Huang would be required to pay the taxes, but the council directed city staff to look into more specifics regarding repayment.

Lu also asked the council to extend the closure date to the end of May, as their guests could not return to China by the end of the month due to the coronavirus shutdown. The motel currently has around 10 guests according to Lu, and the motel has not admitted any new residents since the end of February.

Huang is also moving to sell the motel, and already has several interested buyers, including some who want to use it as a motel and others who want to convert it for different businesses. Lu said that the deal could be finalized within the next several weeks and asked the council, another reason for the requested delay.

The council denied the request and said that all of the tenants will have to be moved out by the end of April, either returning home or to another hotel.

The council unanimously approved to shutdown the motel in under half an hour of discussion, stating that Huang acted in bad faith and that “Every step of the way there was a violation,” said Mayor Mark Murphy.

“I’ve never ever seen evidence this blatant from the get-go that this was sold as one thing but was never intended to be anything other than a boarding house which is an illegal use in this zone,” Murphy said.

The council argued that the motel was never intended to function as a motel, and that they thought Huang had manipulated the system.

“I’m very passionate and very upset over this blatant violation of the public’s trust.”