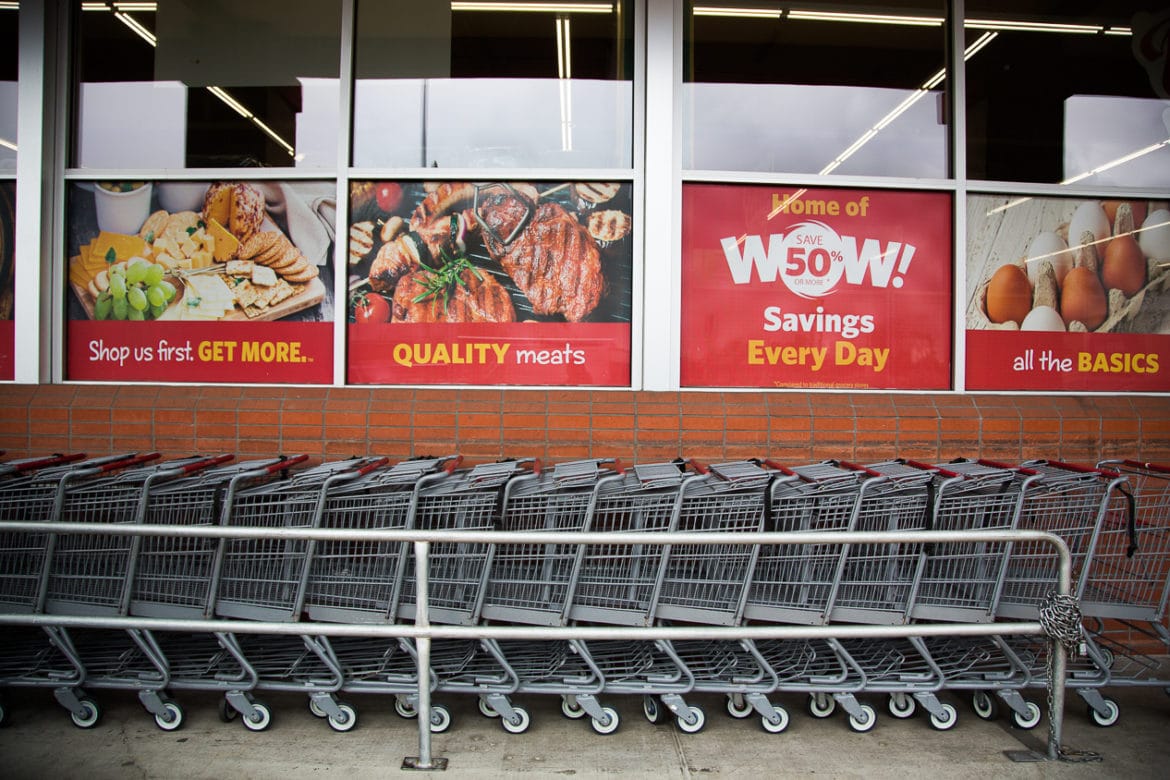 The grocery outlet store in Orange.

Ralphs and Food for Less clerks will be getting a $2 an hour raise, matching the raises at other major grocery store chains like Albertsons and Stater Bros, after the employees spoke up.

“We’re happy that Ralphs and Food for Less finally listened to their employees. Their employees were outraged and they didn’t hesitate to tell their company how they felt,” said Andrea Zinder, president of the United Food and Commercial Worker union chapter 324 in Buena Park.

Ralphs and Food for Less are owned by Kroger, an Ohio-based grocery giant and their employees are represented by UFCW. The temporary increase will retroactively span March 29 to April 18.

Kroger also agreed to fund $5 million in child care assistance, according to a UFCW news release.

The employees were given checks, instead of a temporary raise. Part-time workers were given $150 and full-timers got $300.

“That’s a big, big slap in the face — if not a kick in the ass,” said Campanello, an over 40-year veteran in the grocery business. “For the part time employee, which is most of our staff, it’s $150 and I feel for them because most of them are working full time hours right now … $150 bucks compared to $2 an hour is nothing.”

The union will fight to keep the $2 an hour pay increase for all represented grocery employees as the end of the four weeks draw near, Zinder said.

The frenzied buying drained store inventories and put and increased demand on workers who scrambled to fill store shelves, while the distribution centers had to cut down on some loads in an attempt to make sure all stores got at least some of the needed products.

“The grocery stores are essential and this is where the community is going to be and we understand that the community needs them not to close down,” Zinder said.

The stay home order has caused a wave of closures in businesses like bars, nightclubs, concert venues, dine-in restaurants and sports venues. And many employees in industries, like finance or technology, are working from home due to the order.

‘All of the other protections the employees received like self-quarantining or working from home, it doesn’t work in the grocery industry,” Zinder said.

“They need to have security guards, if for any reason something happened in the store, there’s no one there to protect us at all. We need to have COVID-19 tests. And I think there needs to be some kind of paid child care or something — the kids are home from school and this is really hard on single parents,” said Ashley Stanely, an Albertsons deli clerk in Orange.

Stanley and other grocery store workers who were interviewed said they’re afraid they could bring the virus home to their children and families.

Northgate Markets stepped up and provided gloves, masks and increased sanitation at its stores for the non-unionized employees.

The proposal also regulates grocery store hours so workers can properly clean and stock the shelves.

“I think there’s some effort at crowd control, but as I understand it, some of the Ralphs stores went back from reduced hours to full hours. It’s a very fluid situation,” Zinder said.

She said the union is still lobbying the state for help, but is also trying to get OC Supervisors to pass similar measures.