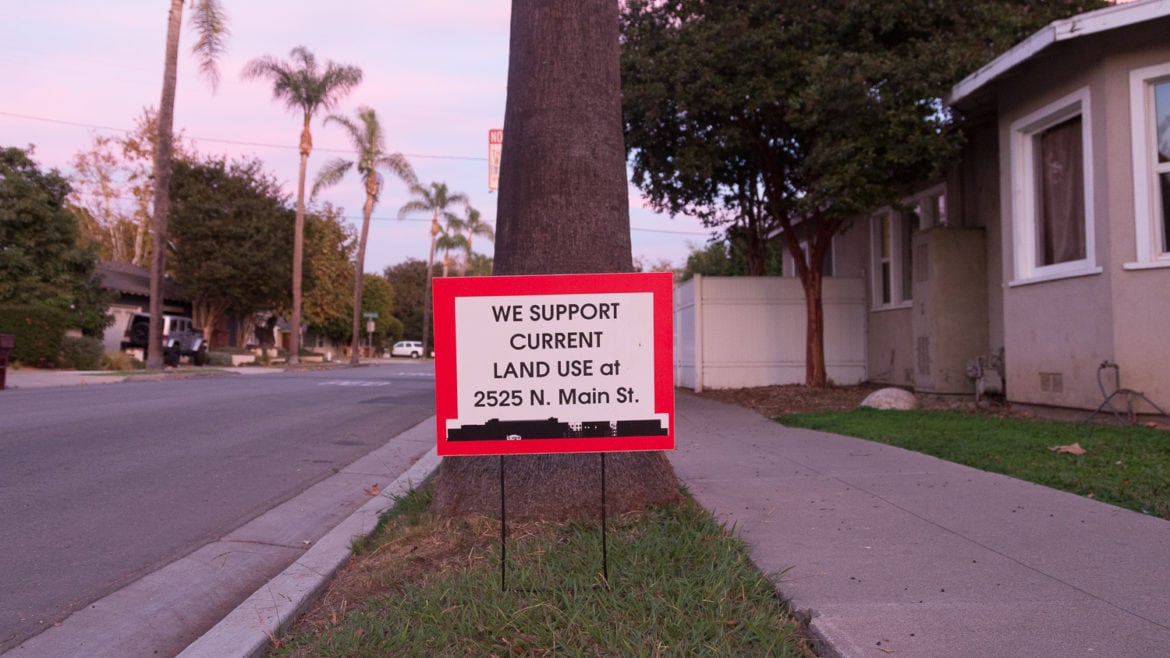 After years of public protests, two Santa Ana council members have emerged in opposition to one of the city’s most controversial development projects in years – after initially supporting it – creating what’s now a clear council majority to possibly end the project once and for all.

That leaves just two on the council who have vocally supported the project and haven’t yet changed their minds: Ceci Iglesias, currently under a separate threat of a recall, and Jose Solorio, who represents the nearby Park Santiago neighborhood opposed to the project.

When the City Council in January gave final approval for the project – Sarmiento and Penaloza being among the majority “Yes” votes – Park Santiago residents warned they would mount a referendum effort to turn a decision on the project over to voters.

In late February, the referendum team submitted its petition that gathered more than 19,000 signatures, and county elections officials on April 6 certified the petition for an election.

That means the project is coming back at the council’s virtual April 21 meeting, where council members could either set an election date for voters to approve or reject the project or move toward rescinding their own original approval of it.

Sarmiento — who’s running for mayor against Iglesias and Solorio – was the first to announce his newfound opposition to the apartments Friday night on Facebook. Sarmiento, reached by Voice of OC, wouldn’t comment on his likely opponents for the mayoral seat when Pulido’s termed out. 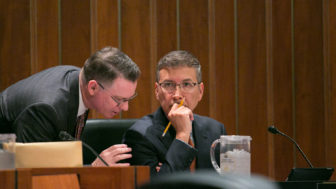 “When the item comes back to the Santa Ana City Council for further consideration, I plan to oppose the project and vote no,” Sarmiento wrote in his Friday Facebook post, days after county elections officials on April 6 qualified the referendum for an election.

Ogulnick’s project became the heart of a debate over the role of developers in Santa Ana politics – specifically, Councilman Juan Villegas in November last year publicly alleged Ogulnick was behind more than $320,000 in illegal dark money that was spent in 2018 partly attacking then-council candidate Bacerra and supporting his opponent, Roman Reyna, who won the seat that year but resigned in 2019 facing a civil trial over residency fraud charges.

“While I genuinely believe the applicant acted in good faith during the entitlement process, and despite his best efforts to reduce the scale and number of residential units in his development plans, it has become painfully clear that the project will simply not work at that location,” Sarmiento said in his Facebook post.

Three hours later, Penaloza wrote on Facebook: “After much deep reflection, and communication with community leaders, and the inspiration of 19,000 voices, I have decided to rescind my vote in support of 2525 N. Main.”

“This wasn’t a decision I made lightly, but it is the right one,” he added.

In a phone interview, Penaloza called the referendum “eye-opening.” 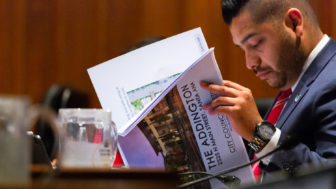 “I told myself, if they’re able to accumulate these signatures, then that’s it for me,” he said, adding that he already made his decision by the time Sarmiento was the first to speak out.

“I was happy to see he (Sarmiento) was on the same page,” Penaloza said.

Ogulnick in a Saturday phone interview said after a “two-and-a-half-year process where we tried everything to make this work, we’re tired.”

“So if there’s something that can be done that’s a win for the Park Santiago neighborhood, the community, the city as a whole, that’s in line with the vision of the City Council, we’re not going to stand in the way of that,” he said. 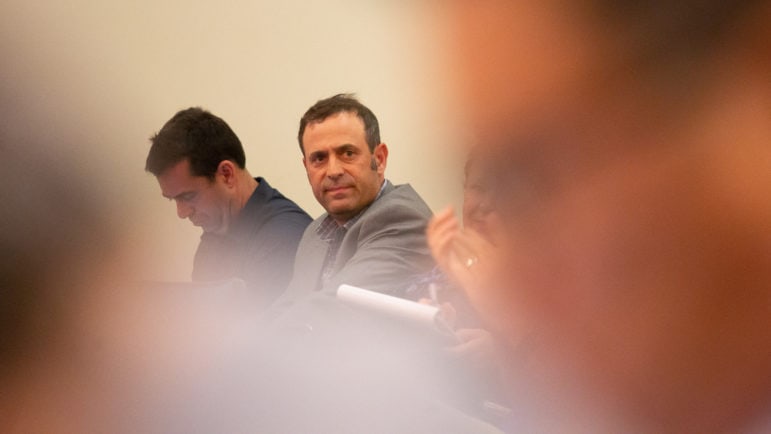 Despite the possibility his project is jeopardized, Ogulnick said his team’s legal challenge to the referendum petition, which was submitted to the city after the 30-day deadline, will proceed.

The city and referendum team have defended the legal integrity of the petition.

Because the 30-day period for signature collection ended on a weekend – Saturday, Feb. 22 – when City Hall was closed, City Clerk Daisy Gomez allowed the referendum team to submit the paperwork on the following Monday, Feb. 24.

When the petition was sent to county elections officials for review, Gomez requested that the Orange County Registrar of Voters only count signatures that were collected through the end of the 30-day period, by Saturday, Feb. 22.

Though Ogulnick believes his team’s legal chances are solid to put the referendum petition into question, “we’re not going to live or die by one project, and if there’s a path where the community and the city’s happy, we’re certainly open to pivoting.”

“Maybe there’s a land use that’s better for the community, and if that’s the direction the city wants to go, we’re all ears and are open to listening to that,” Ogulnick, who owns the property, said, adding that some residents were interested in the space becoming an extension of the neighborhood’s park.

“It may make sense to look at this and think the best land use may be park space,” he said.

Asked about that possibility, Penaloza and Sarmiento said it remains to be seen what kinds of developments could go in place of the apartments if they’re struck down.

“I would never say ‘No parks’ — who doesn’t like additional space — but I would be open to seeing that develop as part of an extension of the museum district,” Penaloza said, pointing to the nearby Discovery Cube and Main Place Mall.

Hearing calls for both a park extension and “emerging parking needs” at the Discovery Cube, Sarmiento said his intention “is to survey the neighbors and understand their priorities, while also working with our staff and the applicant to help achieve those goals.”