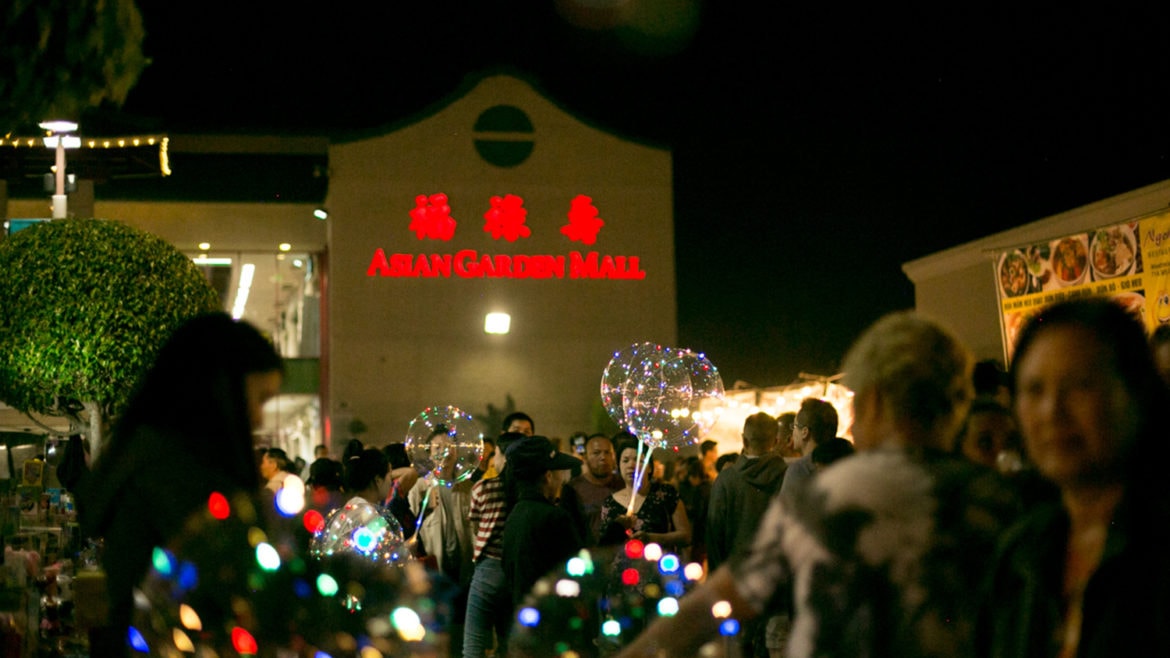 The Asian Garden Mall on Bolsa Ave during the 2019 Little Saigon Night Market.

Absent key top staffers at City Hall, Westminster officials are looking to outside consultants for help smoothing out an economic recovery plan as the coronavirus crisis deals blows to the city’s local economy, businesses and workers.

Ever since a leadership vacuum opened up among city executives — when former assistant city manager Chet Simmons followed former city manager Eddie Manfro out the door in January — the city hasn’t had someone at City Hall focused specifically on economic development, according to staff.

Mayor Tri Ta is requesting the city look into outside consultants who are “experienced and solely focused” on that area, staff said in a report prepared for the City Council’s next meeting on Wednesday, where council members will discuss beginning a search for such specialists.

That’s despite the fact that the city “already has individuals in the community development department,” the report adds.

Asked by Voice of OC whether staff agreed with this notion, interim City Manager Sherry Johnson, who’s been filling in following Manfro’s abrupt retirement, in a written response Friday said “the mayor feels it is important to have someone dedicated to economic development especially with the potential devastation of covid-19.”

“While we do have an economic development fund, with the recent vacancy of the (Assistant City Manager) position there is currently no one in the city specifically dedicated to this type of work,” she added.

Westminster has already been grappling with the prospect of another financial crisis in the coming years.

Without the recent blows dealt by the coronavirus emergency — where subsequent stay home orders and health guidelines to limit trips out in public have impacted local businesses — the city was already facing the prospect of $13 million in revenue losses with the looming expiration of its voter-approved, one-cent sales tax increase, which took effect in 2017.

Revenue from the sales tax increase comprises much of what keeps the city budget above water, and it comes from purchases at local businesses that now have either been forced to cut down on hours and operations during the pandemic, or close entirely.

On Wednesday, council members will also vote on rerouting $1.1 million from the city’s economic development fund to a small business loan and support program.

Among the outlines of what that program could look like, staff are suggesting loan amounts of up to $20,000 per business with a repayment term of up to five years at a 2% interest rate. It would be eligible for businesses of 25 employees or fewer.

Westminster’s sales tax is slated to phase out in 2022. Once it does, the extra revenue it’s been pulling in for essential city services “evaporates almost immediately,” Johnson, who was then the city’s finance director, said at a May 22 Council meeting last year.

That means that unless city officials bring an extension of the sales tax increase back before voters in a ballot measure before 2022, the city could see cuts of up to $13 million in annual needed revenue that Manfro in his retirement letter called an “essential lifeline.”

Asked about the city’s latest projections for the coronavirus crisis’ fiscal impact to the city, Johnson said “the city is still working on the latest projections. These will be presented at the budget study session later this month.”