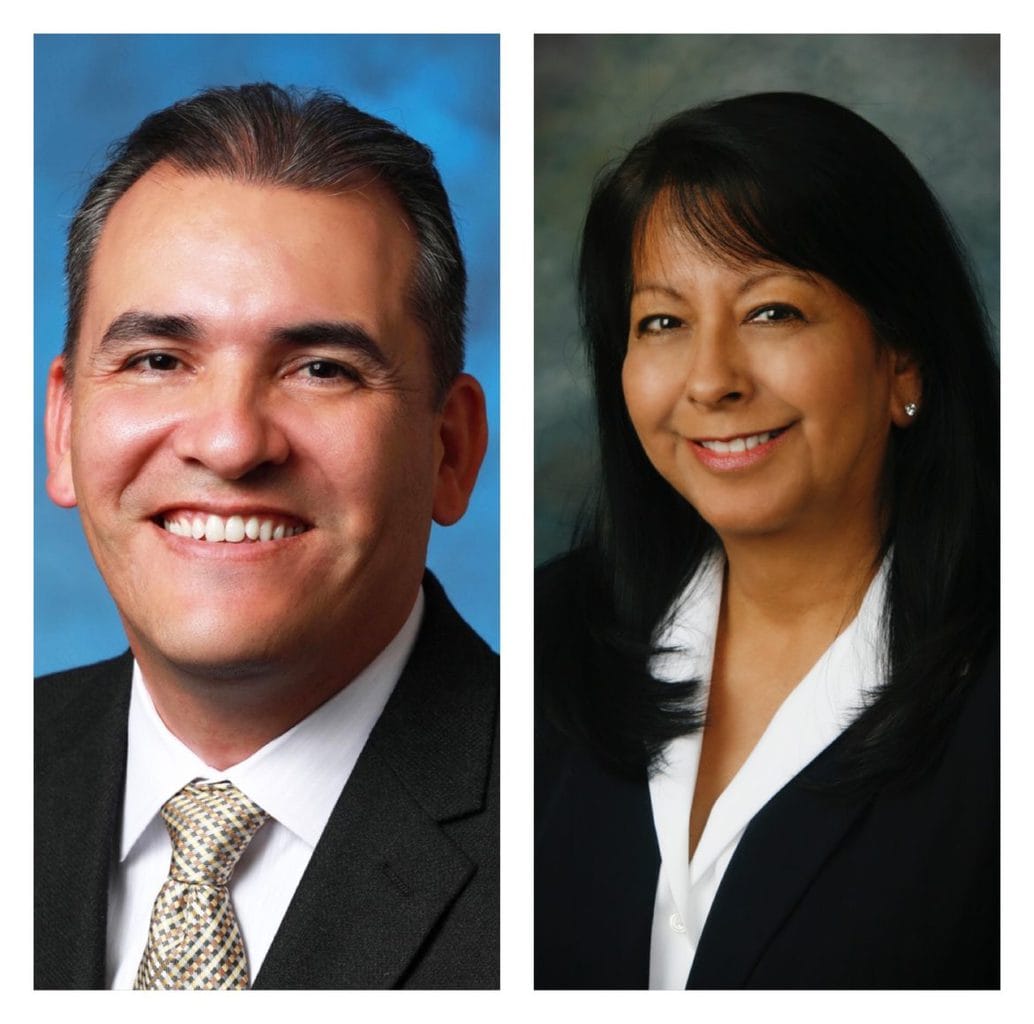 As your readers are now aware, City Manager Chris Zapata recently ended his career with the City of Anaheim at the invitation of Mayor Harry Sidhu and 4 members of the Council. We cast the two dissenting votes for that action, and we would like to share with Voice of OC readers why we opposed the Mayor’s proposal.

First, we saw no cause for this change. We both reached out to many of our professional City staff to determine if they had concerns we didn’t know of. Without question, their views reflected confidence in City Manager Zapata.

Nobody wrote to the City Council in support of terminating Mr. Zapata’s employment.

Less than a year ago, during the City Manager’s last performance review, Mr. Zapata received a glowing report and a pay raise reflecting our approval of his performance. Neither of us had noted any change in the quality of his work between then and now.

March 26th, the Mayor and City Council trusted Mr. Zapata enough to give him oversight of a $15MM economic recovery spending package.

We supported Chris Zapata because we saw no reason for his removal, and because we felt our colleagues had failed to offer a compelling reason for the change.

We supported Chris Zapata because he brought to Anaheim his 36 years of experience with various City Managers’ offices. In prior positions, he negotiated for and constructed, a Medical Center, a 52-acre shoreline destination development, the construction of a sports stadium, and another negotiation with a sports franchise. This is why the fractured City Council of 2018 agreed on one major issue all year—the hiring of Chris Zapata as our City Manager.

We supported Chris Zapata because current conditions in Anaheim make a change in leadership potentially disastrous.

The Mayor and his Council majority justify the removal of Chris Zapata with the claim of a “new direction” for Anaheim. To date they have failed to articulate that new direction. We certainly need a fresh vision for our city. The standards on which we have operated since the Mayor took office in December 2018 have resulted in less transparency and accountability at City Hall, and an environment of even more hostility than we had endured in the past, while drawing down the reserve funds left to us by the prior administration under Mayor Tom Tait.  These issues call for change, but they were not the fault of the City Manager.

What can you do?

Recognize that if you live in an area of Anaheim other than District 1, or District 3, then your Councilmember voted for this, and you can hold them to account for that choice. Demand that they do a better job of explaining their vote than the dismissive replies they offered on April 21st.

As public officials, we work for you. We are deciding where your tax dollars will be spent. But we answer to you only when you speak up and demand an accounting of pure motive and wise stewardship of funds by this elected body.

The Mayor and his Council majority removed a committed public servant with the excuse that they are seeking a new direction. They have failed to note that the people of Anaheim have the ability to send the same message to them.

Councilmember Denise Barnes (West Anaheim District 1) – In 2016, the voters of West Anaheim chose Denise Barnes to represent Council District 1 in Anaheim’s first by-district elections. Councilmember Barnes has focused on improving the quality of life for this long-neglected section of Anaheim, by directing resources for parks, homelessness, senior citizens, and the revitalization of commercial corridors. She championed the critical approval of the Beach Blvd Specific Plan, and development to see that vision to reality.

Councilmember Jose Moreno (North-Central Anaheim District 3) – Councilmember Moreno was elected as the first by-district representative for north-central Anaheim’s Council District 3, and re-elected to the office in 2018. Representing the oldest section of Anaheim, Moreno’s focus balances the need to invest in aging infrastructure, with a vision for social and economic prosperity for all residents and businesses.

Dr. Moreno is an associate professor in the Department of Chicano and Latino Studies at CSULB. He received his Bachelor’s Degree from UCI, and earned his Master’s and Doctorate in Administration, Planning, and Social Policy from Harvard University.