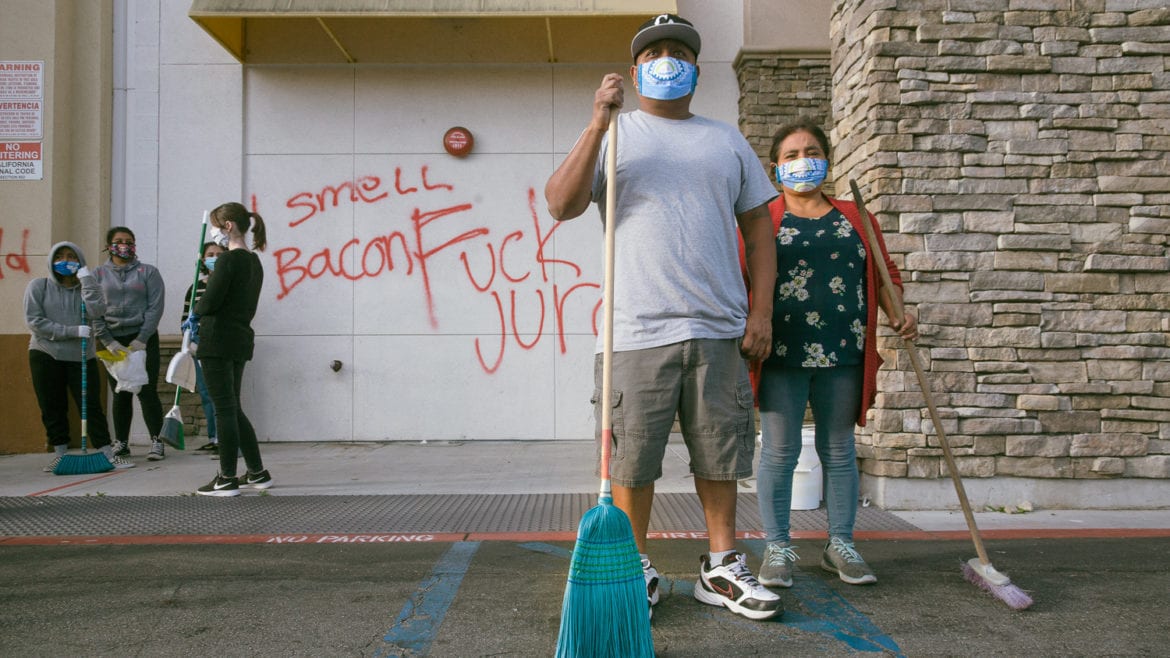 Left, Eric Marcial, 44, and his wife Maria Mendoza, showed up early Saturday morning to clean the debris from the protest from the night before. Marcial, who has lived in the city for 33 years says, "It's ok to protest, but we also have to take care of our community."

After a night of protests against police violence marked by tear gas, rubber bullets, projectile-throwing and looting on Saturday, Santa Ana residents and city officials on Sunday morning reclaimed their neighborhoods, armed with brooms and cleaning supplies to remove trash and debris left over from the night before.

The Saturday night protest — at the intersection of McFadden Ave and Bristol St. — was the culmination of a day of demonstrations across Orange County, amid nationwide rallies in outcry over the Minneapolis police killing of George Floyd, a Black man, and other instances of police violence toward Black people and people of color in the U.S.

Santa Ana residents — responding to social media posts calling on the community to help clean up — appeared at the sites of the protest the night before. By 7:00 a.m. volunteers were out with trash bags, sweeping their way around graffiti, broken windows, and the intersection that served as the epicenter of the protests. 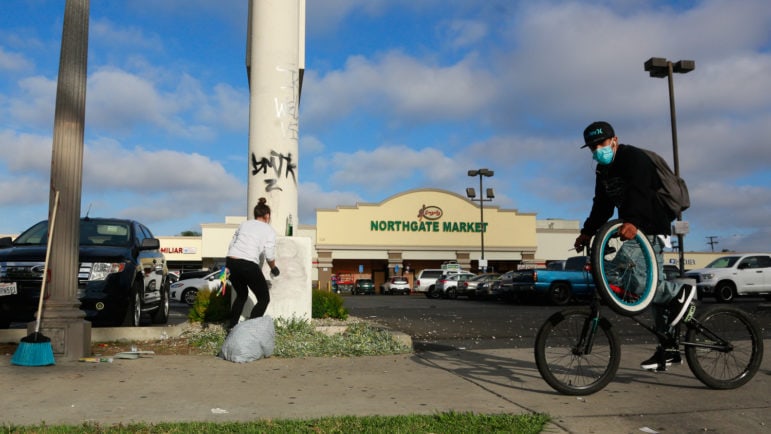 Left, a resident from south county who works in Santa Ana, cleans up graffiti from a wall on May 31. The volunteer who wishes to remain anonymous, had seen the protests online the night before woke up early Saturday morning to help clean the streets.

Penaloza was cleaning along Bristol when he told Voice of OC over the phone he was “inspired” by the community turnout Sunday morning. 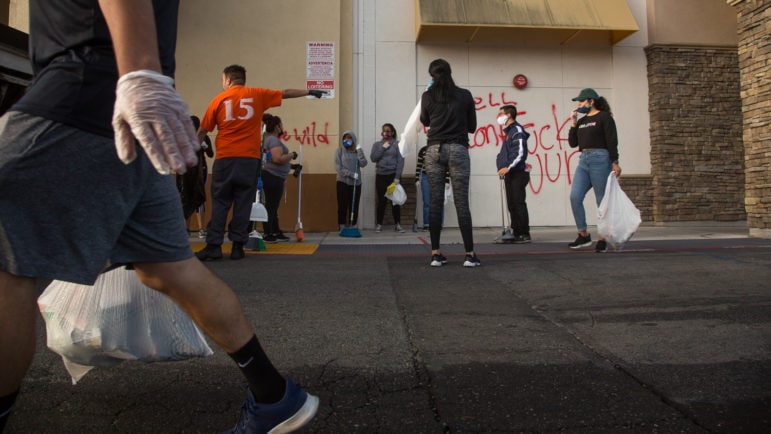 Volunteers hold bags and brooms that they brought from home to clean up a shopping center looted from the protest on May 30, 2020.

While he said there were legitimate protesters and decried Minneapolis police over Floyd’s killing, he criticized looters who “took away” from the protests, saying “It definitely hurts what the community is trying to accomplish.”

“I was heartbroken over the death of George Floyd, and it was murder, and they need to be held accountable, but what happened to our community last night – that’s not the way to do it. You’re destroying an already marginalized community.” In a Facebook post, he called those involved in the looting “animals.”

Local Santa Ana organizer Hairo Cortes said in a Sunday phone interview that while protesters were admonishing looters last night, those denouncing rioting by young people should ask themselves one question:

“Why do young people in the city feel that much anger toward police here?” 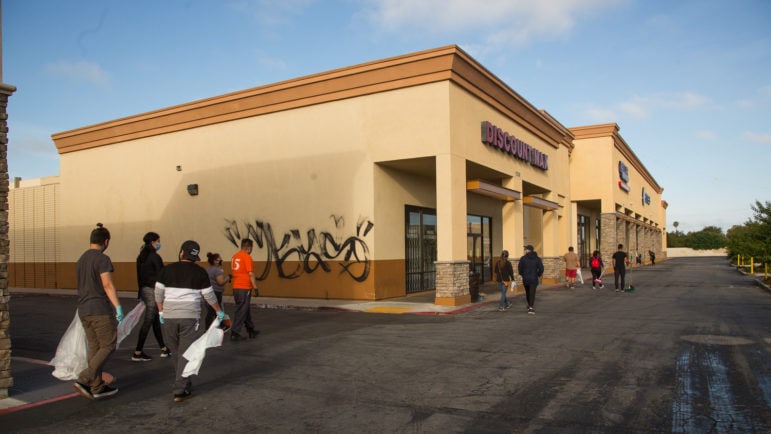 Cortes said “this pent up frustration and the way this anger manifested itself – think about why the protest, why the murder of George Floyd resonated so much here?”

“We are talking about kids who are very familiar with police, are in frequent contact with police – young people for whom the murder of George Floyd isn’t some abstract thing,” he said.

Recently recalled councilwoman Ceci Iglesias also helped with clean up efforts. Iglesias — a Republican whose removal was mainly funded by the city’s police union after publicly battling them on issues of accountability and funding — documented the clean up in a Facebook Live broadcast.

Many protesters last night had shouted at people to refrain from looting and damaging property. Santa Ana Police Cpl. Anthony Bertagna confirmed looting and property damage at stores like Target and at Smart and Final, but said on Sunday morning that the monetary extent of the damage is still unknown. 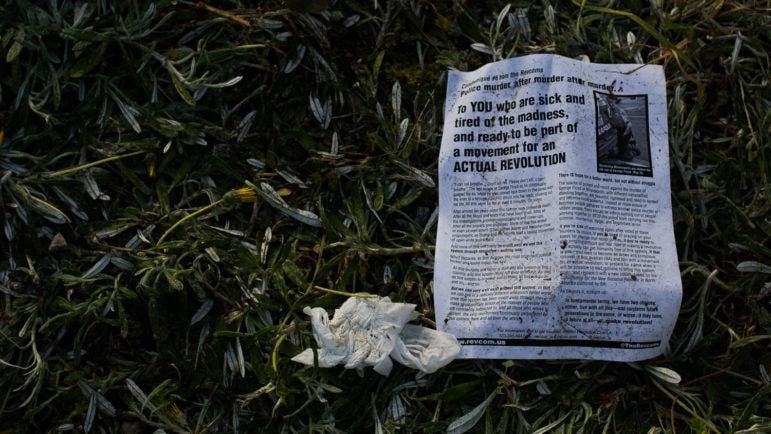 Bacerra called the show of community “beautiful” over the phone. “By 8:30 a.m. this morning, a lot of the debris out here has been cleaned up” In a Facebook post this morning, he called it a “wonderful and contrasting sight to what we saw on TV last night.”

“These are folks that literally live around the corner, heard about the damage, and took action,” Bacerra said. “It’s beautiful.” 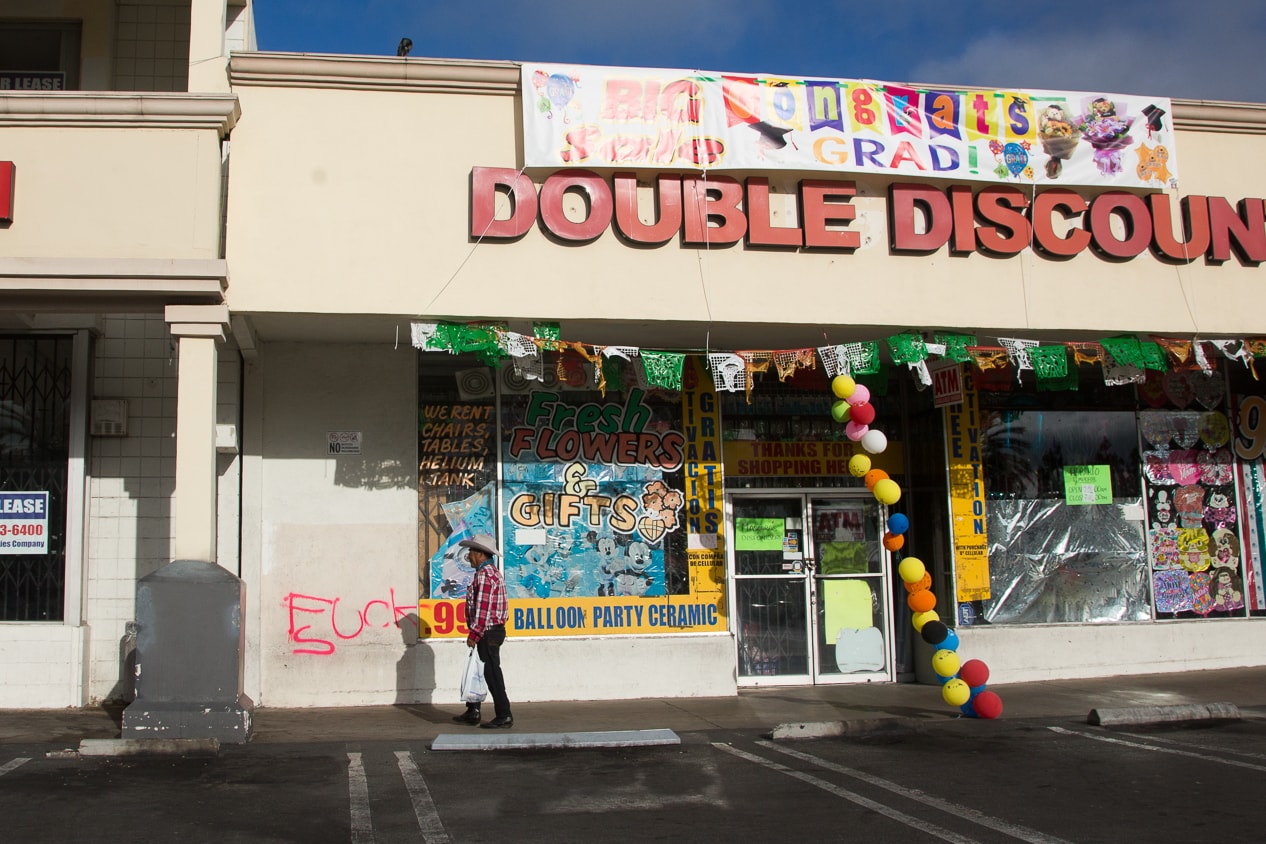 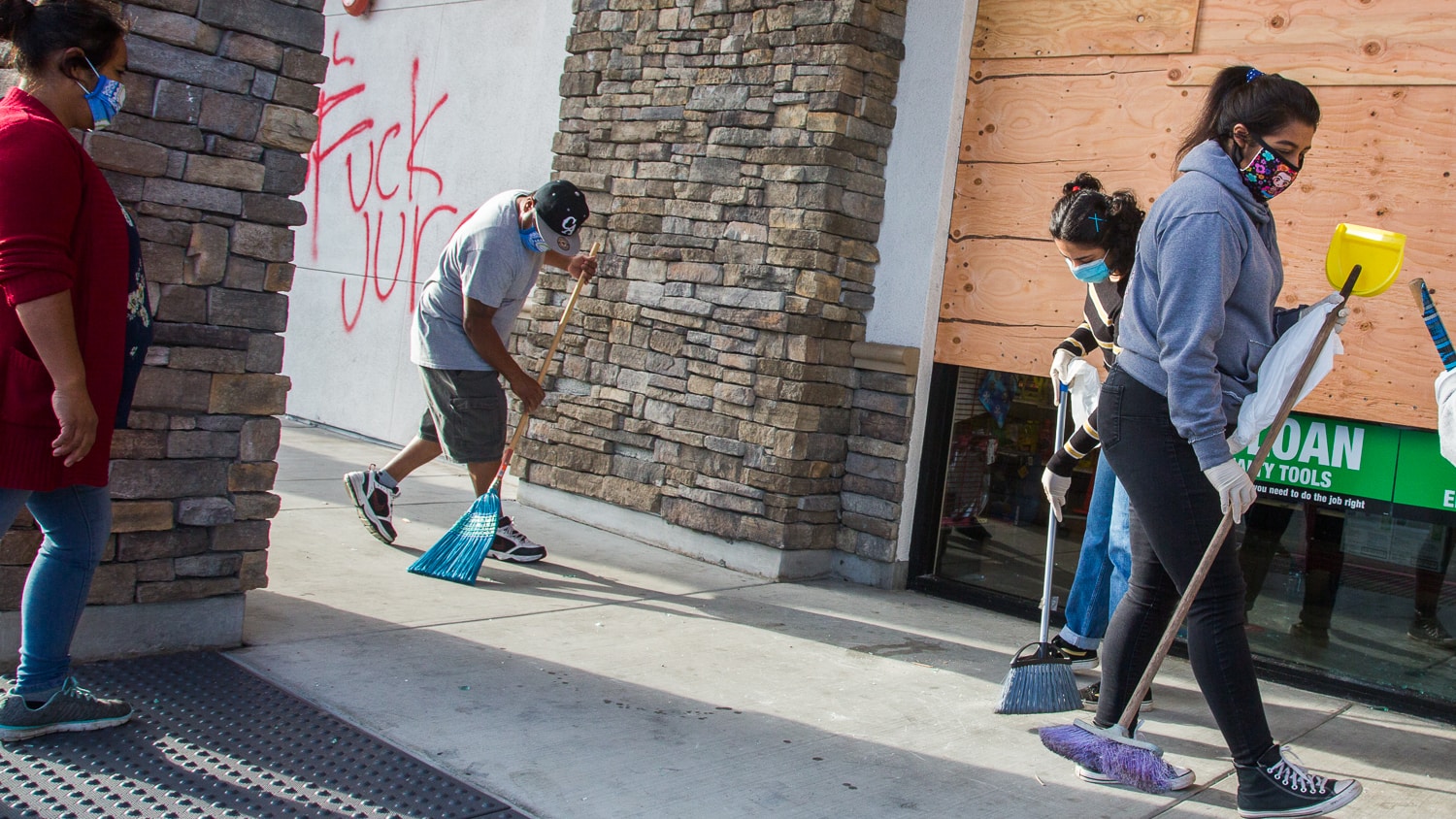 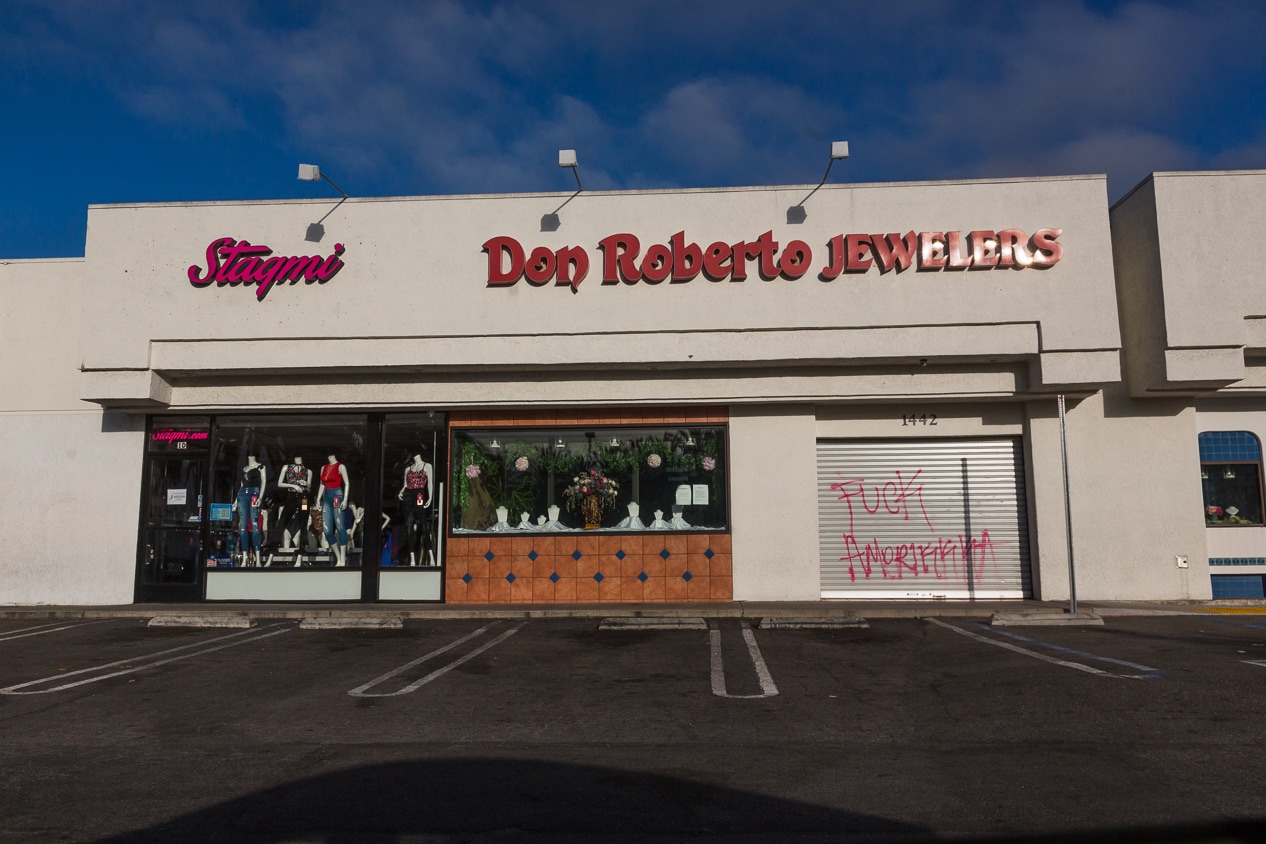 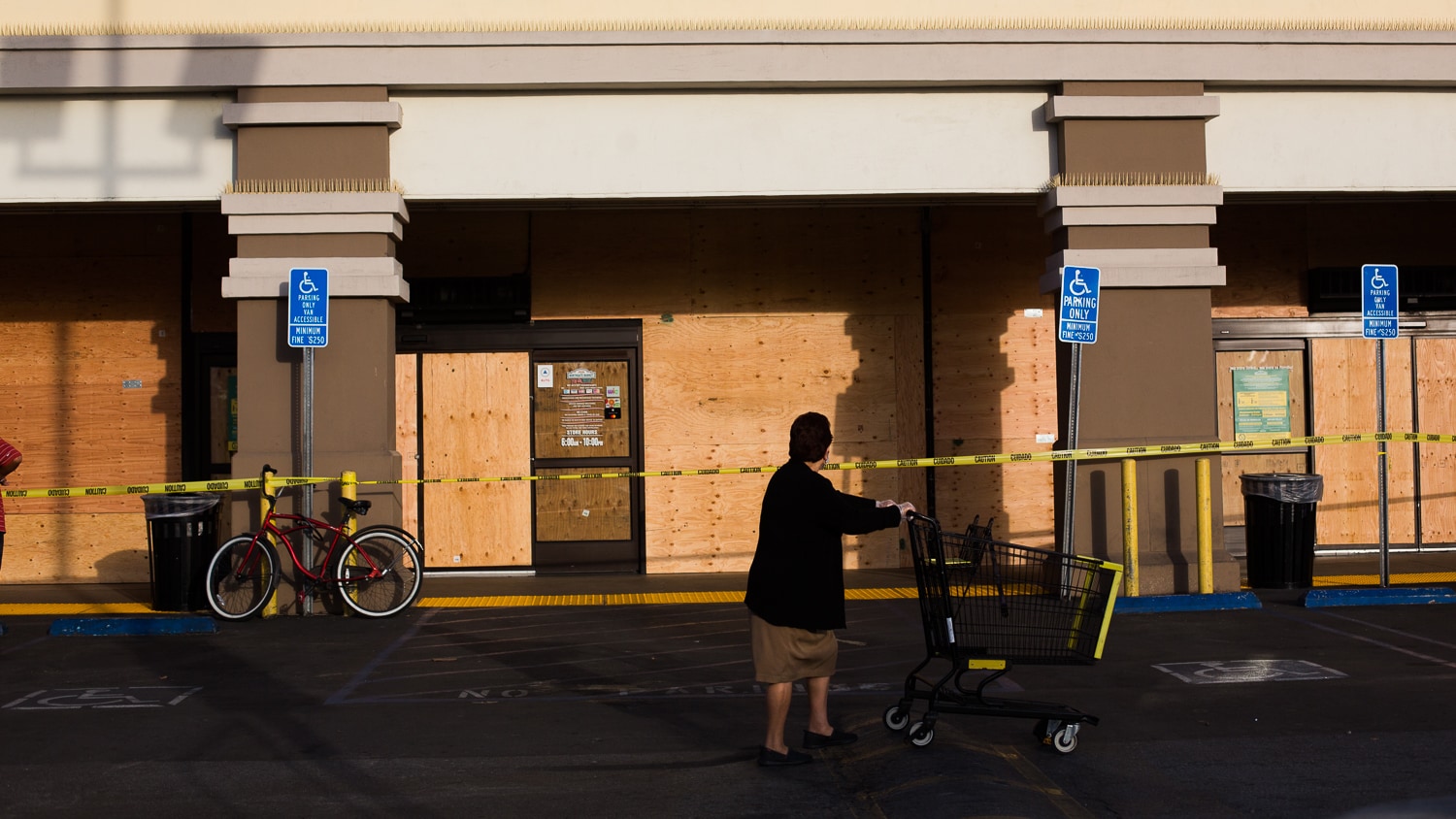 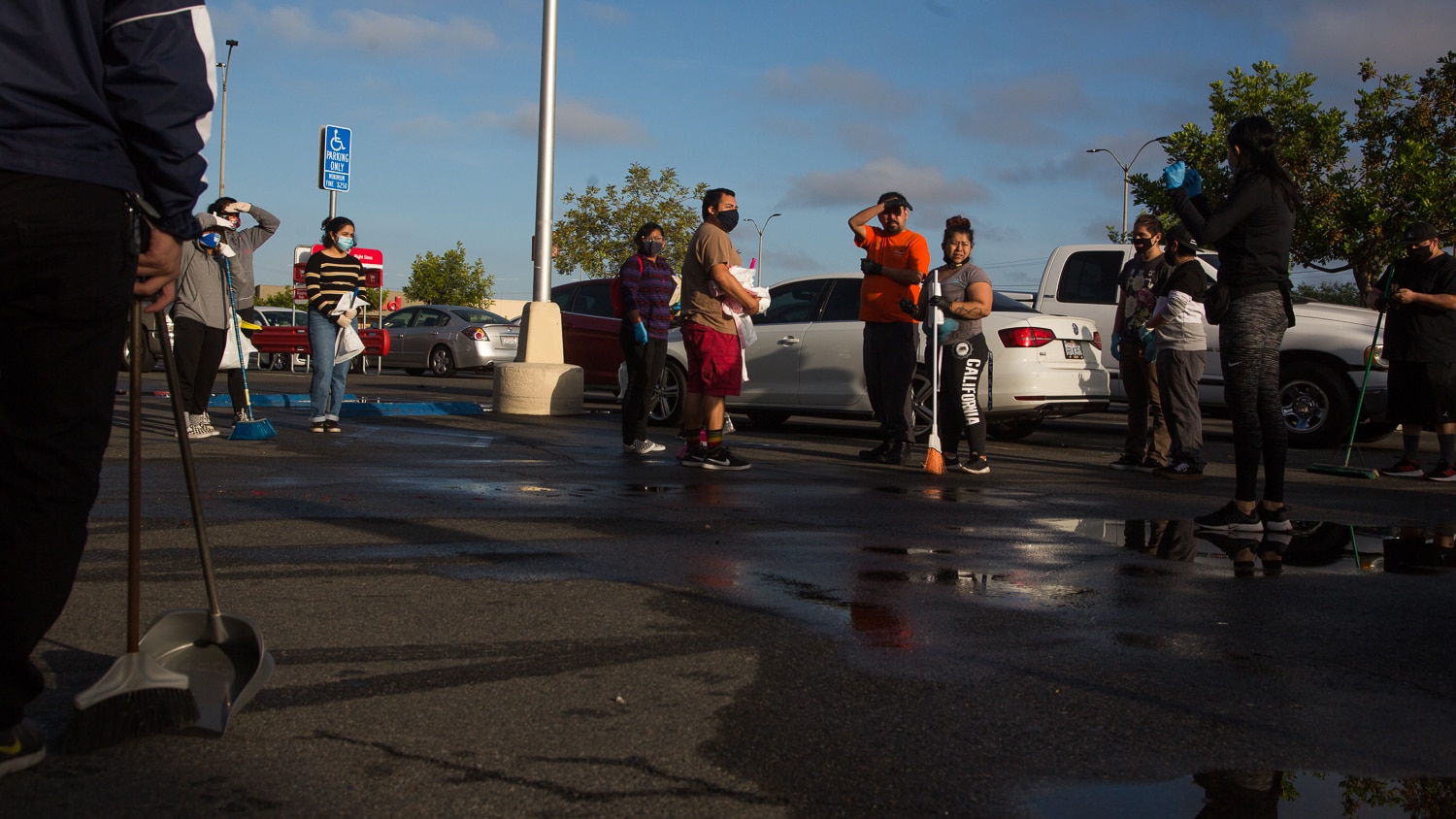 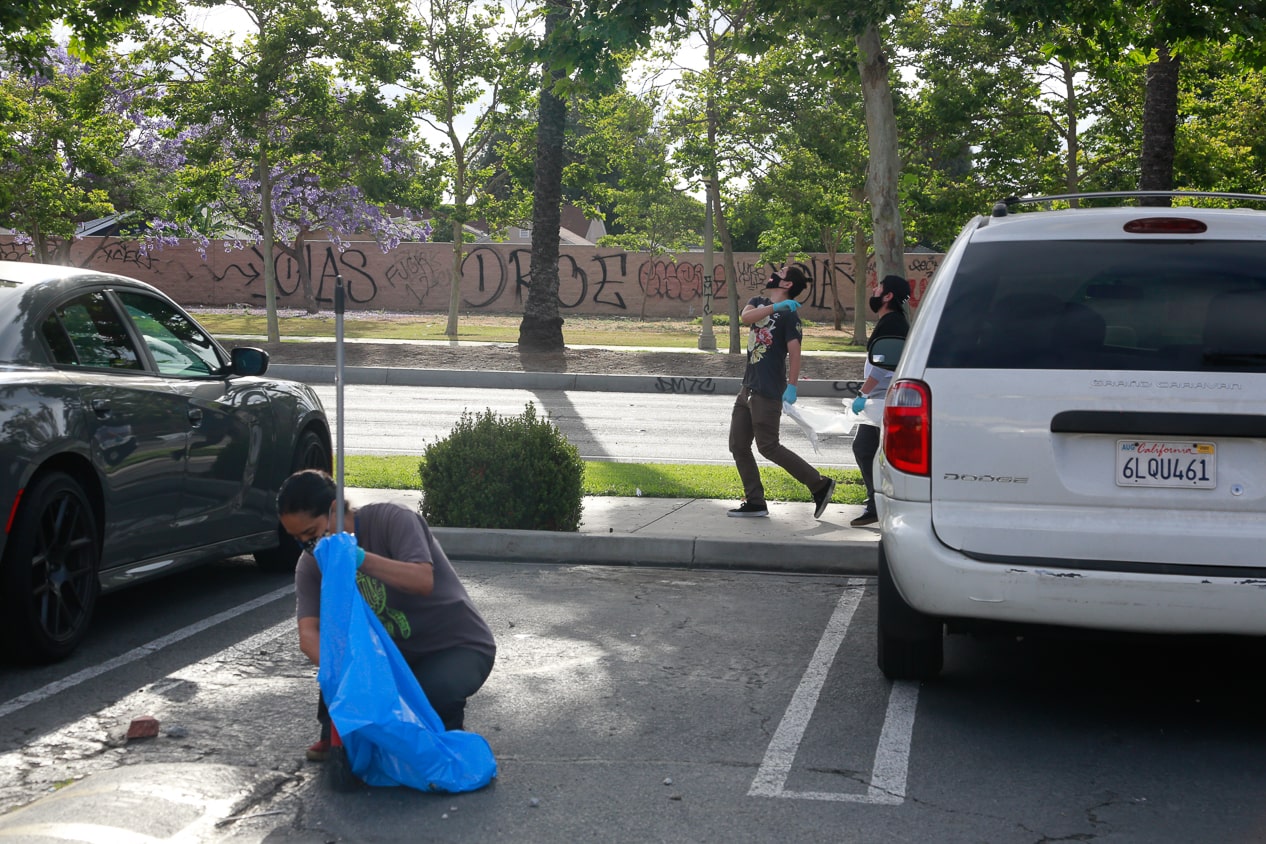 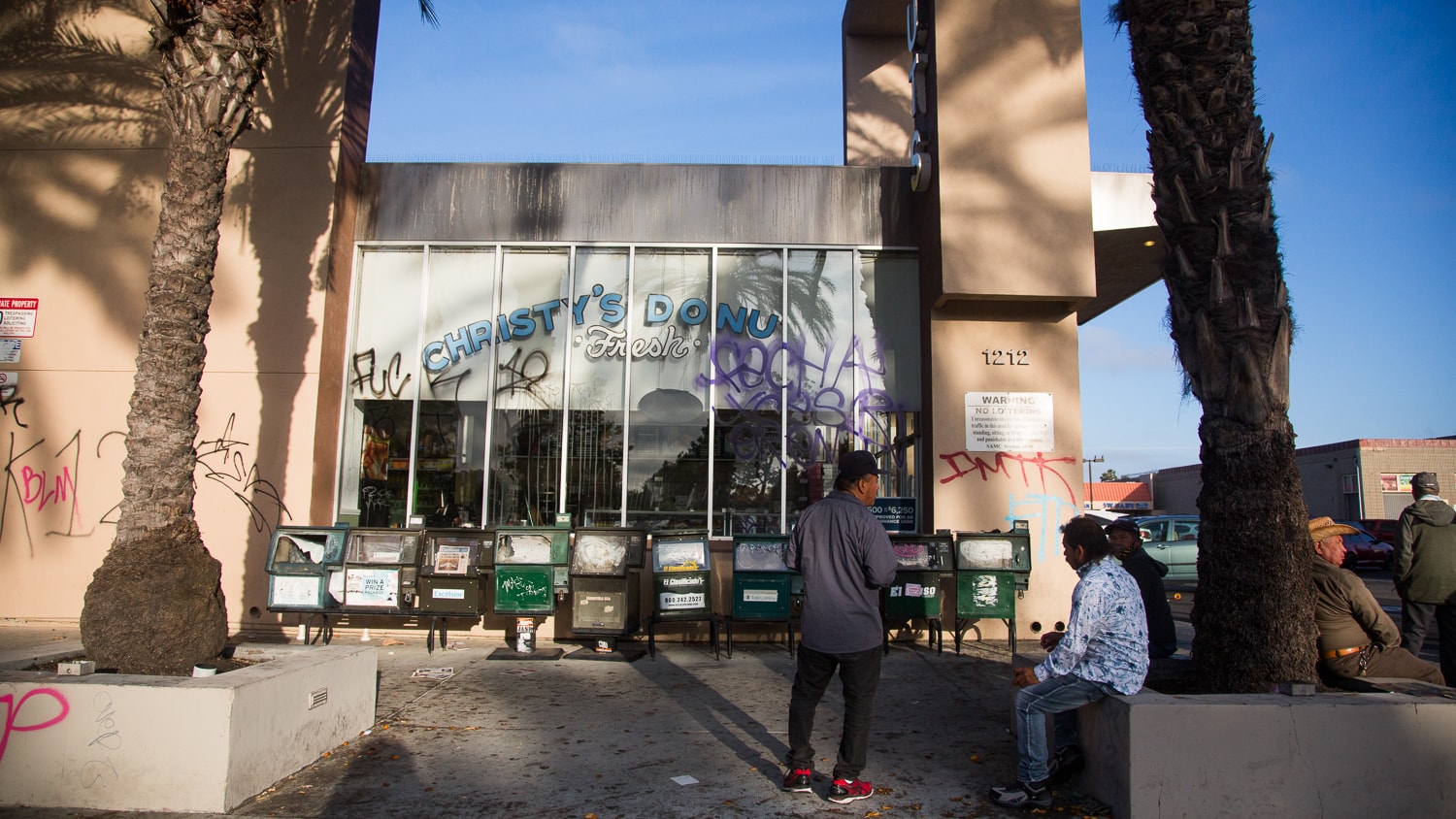