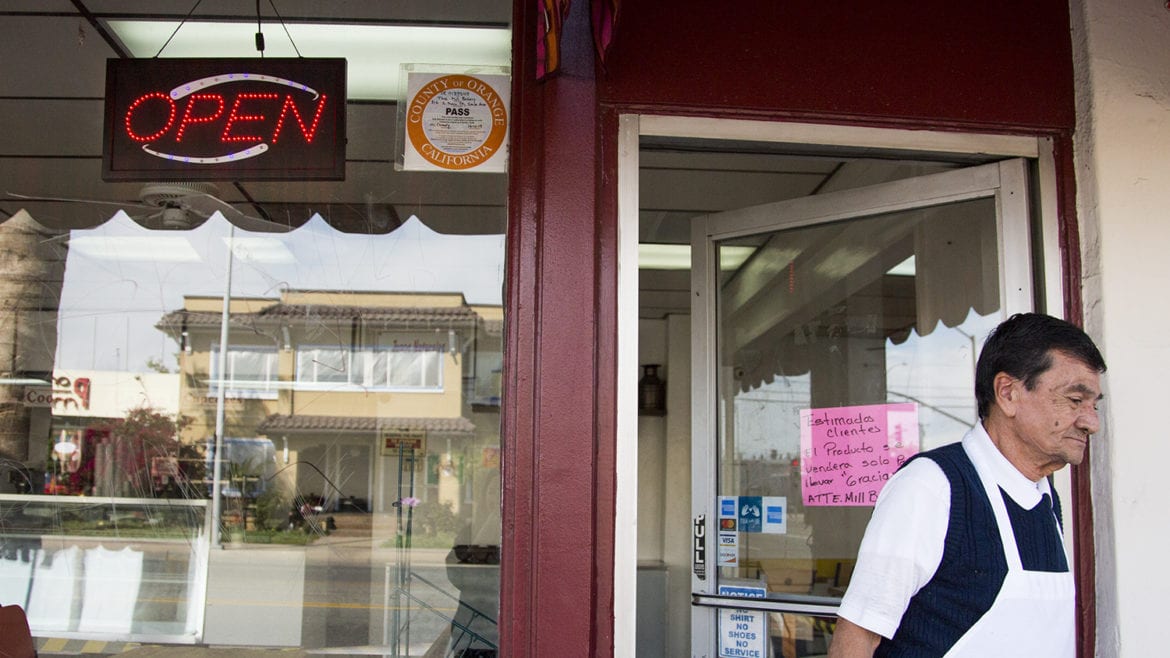 Orange County’s dine-in restaurants can begin reopening at some point in the coming weeks, Gov. Gavin Newsom said Friday, despite the county being behind in state goals on testing and novel coronavirus death rates.

Retailers like toy shops, florists, clothing stores, book stores, sporting good stores and some other shops are allowed to reopen across the state Friday, along with the manufacturing and transportation businesses that support them.

Counties have to meet a strict criteria if they want to move faster in what Newsom calls the “second phase” of reopening the economy, which would allow for dine-in restaurants and shopping malls to reopen. Nearly all of the state’s large counties don’t meet those guidelines, which include no virus deaths in the two weeks.

The virus has killed 71 people out of 3,240 confirmed cases so far, according to updated OC numbers released Friday. There were also 188 people hospitalized, including 74 in intensive care units. So far, there have been 46,372 tests conducted in the county, which is home to over 3.1 million people.

Although counties like OC may not meet the criteria to open restaurants now, Newsom said that move is “weeks away” as the state moves, as a whole, to reopening those businesses

Orange County in recent weeks has become a flashpoint of resistance to Newsom’s orders, gathering momentum with his OC beach closure last week.

Supervisors Michelle Steel and Don Wagner criticized the Governor’s move, and said he unfairly singled out Orange County with his beach closures.

Nomad’s Canteen, a San Clemente bar and restaurant, opened its doors over the past weekend and became the center of the enforcement debate.

OC Health Care Agency workers were going to issue a written warning, and potentially a fine, until Wagner and Steel stepped in.

Supervisors were split over the enforcement issue during their Tuesday meeting, but a majority said the County needs to follow state guidelines and health orders. Health Care Agency staff also said they will follow state orders.

“If there is an order that is put in place that is saying restaurants have to operate in a certain capacity, it would be expected that our environmental health specialists would act on that,” said County Health Officer Dr. Nichole Quick at Tuesday’s county board meeting. “There would be a verbal education process, followed by a written, and then followed by a potential pulling of a health permit if a violation continued.”

Newsom said state regulatory agencies, like the Department of Alcoholic Beverage Control, has been making calls and a few visits to numerous bars and restaurants that are opening up too quickly.

Just those phone calls and number of visits really served the community as well,” Newsom said. “Many of those establishments saying, ‘I get it, we’ll shut down.’”

The Governor didn’t give a reopening date for nail and hair salons and other similar businesses, but he said that it could be “weeks away.”

And things like concert halls, theme parks, convention centers and sports arenas won’t be opened until later in the year, which will put an increasing financial strain on cities like Anaheim, which hosts the Disneyland-area resort industry.

The business shutdowns have devastated California’s workforce, with more than 4.3 million people filing for unemployment since March 12.

Newsom said the unemployment rate is “the second highest to the Great Depression,” and the numbers are “jaw-dropping.”

“We cannot do justice to the needs of 40 million Americans — Republicans and Democrats in this state that need us now more than ever without support of the federal government. Period. Full stop.”