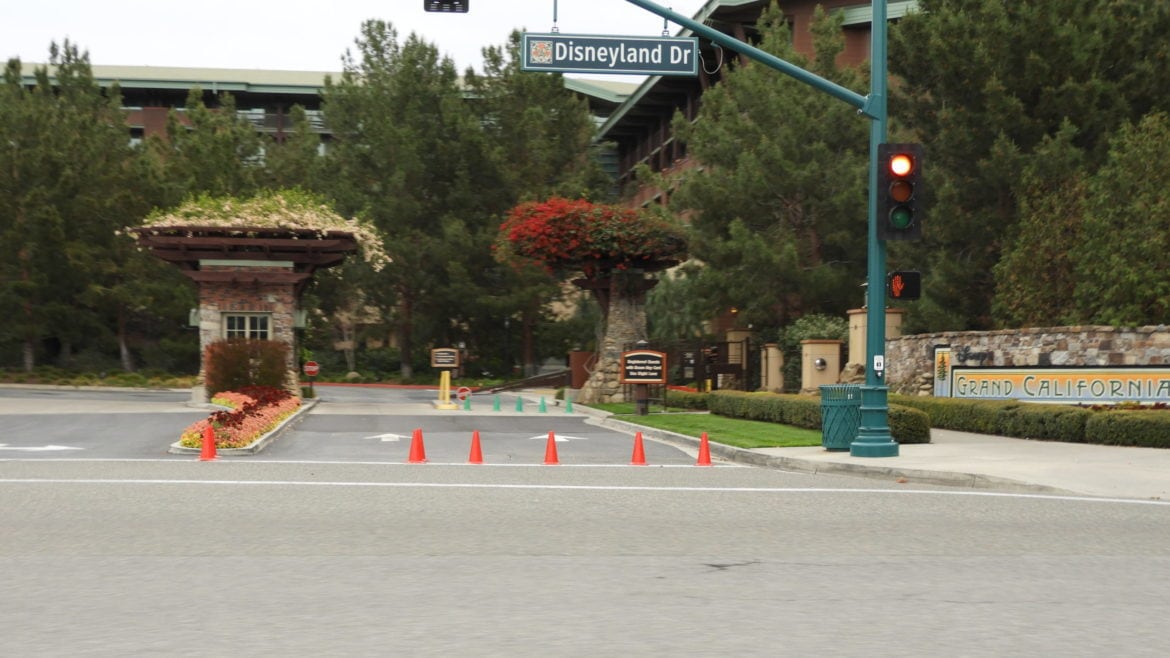 Disney's Californian Grand Hotel, which was closed down in order to combat the novel coronavirus. March 18, 2020.

Over 22,000 people, and counting, have signed an online petition to block the reopening of the Disneyland resort in Anaheim, citing a wave of health concerns during the novel coronavirus outbreak.

The petition, started by “We Are Anonymous” on Change.org, has been making its rounds on every major social media platforms.

“This is a major milestone in the recovery of Anaheim,” Sidhu said in a statement issued by a city Tweet. “We know Disney will be able to meet the challenge of reopening safely, and Anaheim stands ready to see that happen.”

According to a Disney-run blog, the park will open in limited capacity and encourage the six-foot physical distancing, recommended by the CDC.

“Because theme park capacity will be significantly limited to comply with governmental requirements and promote physical distancing, the Disneyland Resort will manage attendance through a new theme park reservation system that will require all guests, including Annual Passholders, to obtain a reservation for park entry in advance,” states the blog.

But some Disney employees have reached out to Voice of OC and said they’re concerned about going back to work during a pandemic.

“A lot of us are already worried about going back because we don’t feel safe with the numbers of the COVID 19 still up, there are a lot that have at risk family members or themselves that they have to worry about and now with this new rule it will be more of a worry for them and for the rest of us! This is irresponsible at this time!” wrote one employee in an email.

The employee said they’re concerned about County Health Officer Dr. Clayton Chau’s decision to walk back a mandatory mask order for residents and changed it to a recommendation Thursday. County health officials have been facing a wave of pushback from residents and Supervisors for weeks over the order.

“Now it will be worse because they will come in and take them off and say OC doesn’t require me to wear one,” the employee said.

The virus has now killed 210 people out of 8,153 confirmed cases, according to updated numbers from the County.

Hospitalizations have been ticking up over the past week, with 291 people hospitalized on Friday, including 139 in intensive care units.

Nearly 3,900 people have recovered from the virus and there’s been almost 175,000 tests conducted throughout OC, which is home to roughly 3.2 million people.

Although Disneyland announced its plans to reopen, it’s ultimately up to state health officials.

Supervisor Michelle Steel said County officials are lobbying the state to allow theme parks — Disneyland and Knott’s Berry Farm — to reopen. “Yesterday, I sent a letter to the governor asking Orange county to be fully allowed to open into stage three,” Steel said at a Thursday news conference. “This includes nail salons, youth sports … convention and event centers and theme parks — as well as a further relaxation on restrictions on religious services.”

The Disneyland-area resort generates millions for Anaheim’s general fund through sales and hotel taxes. Although, 20 percent of hotel taxes are used to pay down 1997 resort bonds, which helped pave the way for Disney’s second park, California Adventure.

While Disneyland is trying to reopen, some city officials and residents have renewed talks about a $1 gate tax to help close the budget deficit, triggered by the virus.

The Disneyland-area resort industry has had a tense relationship with Anaheim officials over the years, especially when the $15 an hour minimum wage initiative began, which applies to resort businesses receiving city subsidies.

Leading up to the 2018 general election, Disney cancelled a proposed 700-room luxury hotel near Downtown Disney October 2018, after it asked the city to cancel the hotel tax subsidies when questions about Measure L began to swirl and hotel tax subsidy debates resurfaced.

Some of the other cancelled agreements included a minimum 30-year shield from any potential tax on Disneyland tickets.

The 2015 agreement called for Disney to invest at least $1 billion in the resort district for the 30-year protection, with an additional $500 million investment that would’ve extended the tax protection for 15 years. The agreement also said if Anaheim voters decided to tax Disneyland tickets or its parking garages, the city would give the money back to Disney.