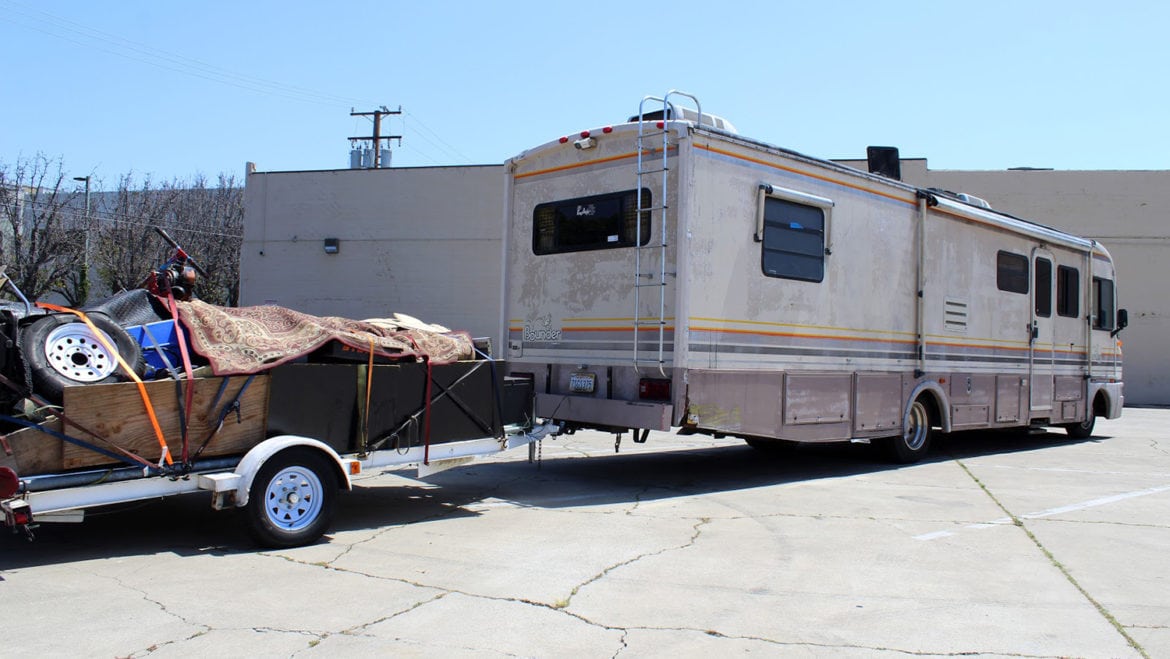 Fullerton city council members have decided to continue Orange County’s only safe parking program for at least three more months to keep homeless residents from having to find new places to live during the COVID-19 outbreak.

While the program was originally set to end mid-May, city officials will allocate $45,000 to keep the program running until Aug. 31.

The program was set up to provide a place for Fullerton residents living out of their vehicles a place to park between 6:30 PM and 6:30 AM.

During the program’s initial six month run, 15 out of 30 available parking spots were full as clients had to meet a list of criteria to join, including passing a background check and having “strong ties to Fullerton.”

By the end of March, 20 people had joined the program and four clients found transitioned into stable housing.

Entrance to the program was on a referral-only basis through the Illumination Foundation, which ran the first phase of the program.

However, outreach to potential clients was suspended in March due to COVID-19 which reduced the number of clients admitted, according to the official report.

“It was never at full capacity… but even if you help one or two people, that’s a success,” said councilman Ahmad Zahra.

The Illumination Foundation has recently shifted focus towards providing services to other homeless populations in the area, so Pathways of Hope will take over the safe parking program, according to the most recent city staff report on the issue.

The current lot being used for the program is slated to become the parking lot of an “urban farm” development, according to Fullerton’s city manager Ken Domer, but the project is temporarily halted.

When the plans for the lot were first approved back in July 2019 and began mid November 2019, some members of city council were concerned that the lot would draw too many homeless people to Fullerton from neighboring areas.

“Am I concerned that this will become a magnet, that it will overwhelm what we’re trying to do? Yes I am,” said Mayor Pro Tem Jan Flory in October. “The homeless issue has become explosive. Last year at this time the estimate was we probably had 200 homeless (people). Now it’s 50 percent more and we probably have more than that … It’s become a problem that’s become quite unmanageable. So we have to try different things.”

Both Fullerton’s city manager Ken Domer and councilman Zahra echoed councilwoman Flory’s statements, saying that the city didn’t want the program “to be an attractor” for people living in their cars from neighboring towns, specifically Anaheim which recently increased restrictions on codes relating to parking oversized vehicles. Many applicants did not reside in Fullerton, which automatically disqualified them from entering the program.

Though there is no exact count of how many people live out of their vehicles.

Fullerton has the third largest homeless population in Orange County with 473 homeless residents. Of those 473 people, 308 do not have access to shelter, according to the 2019 Point in Time Summary.

Fullerton resident Shely Youngbauer applied to be in the program but was denied due to a 15-year-old felony charge. She hoped to join her brother in Oregon where he lives in a trailer park, but the outbreak of COVID-19 made the move too difficult, she said. The shelter in place orders have created complications for people living in their vehicle, she said, and she hopes the city will take that into consideration.

“I’m grateful for having what I have because I’ve seen some people living in cardboard boxes, but we fall in a gray area in RV’s,” Youngbauer said.  “We’re not quite homeless, but we’re not quite a regular resident.”

Despite interest from Fullerton residents like Youngbaurer and residents of adjacent cities, Fullerton’s safe parking program only had three people in the program in the first six weeks, according to Fullerton City Manager Ken Domer.

“Could we have outreached more? Absolutely,” Domer said.

The low enrollment rates in the beginning of the program were mainly due to the requirements being strict due to safety concerns, Domer said.

Initially, applicants were denied entrance to the safe parking program for having any type of criminal record or for not having a valid driver’s license and registration, but many people were getting turned away.

Currently, the listed disqualifiers include a history of criminal arrests, violent crime or being a registered sex offender. Additionally, applicants must be willing to work with a case manager to transition to stable housing.

Loosening the rules did help some people get into the program, Domer said, even though some residents, like Youngbauer, still think the requirements are too strict and rule out residents who are trying to “get back on their feet”. She hopes that if the program continues for a longer period of time it will expand to include a wider range of applicants.

“I know they’re trying to help but the criteria is too strict.” Youngbaurer said. “People need help and a lot of them have felonies, but we’re trying to move forward. In my case it’s been 15 years. Just give people a break, be more lenient and just let people be stationary and have roots.

The program is constantly evolving since it is the first of its kind in the area, according to Domer and several members of city council, so the parameters are being adjusted as it continues. The findings from Fullerton’s safe parking trial period are available on the city’s website and will be distributed to other cities in Orange County.

“As far as other cities (considering a similar program), I think it’s a good deal for a city that isn’t doing anything otherwise,” Domer said. “It can be an easy and inexpensive approach to provide something for the homeless community.”