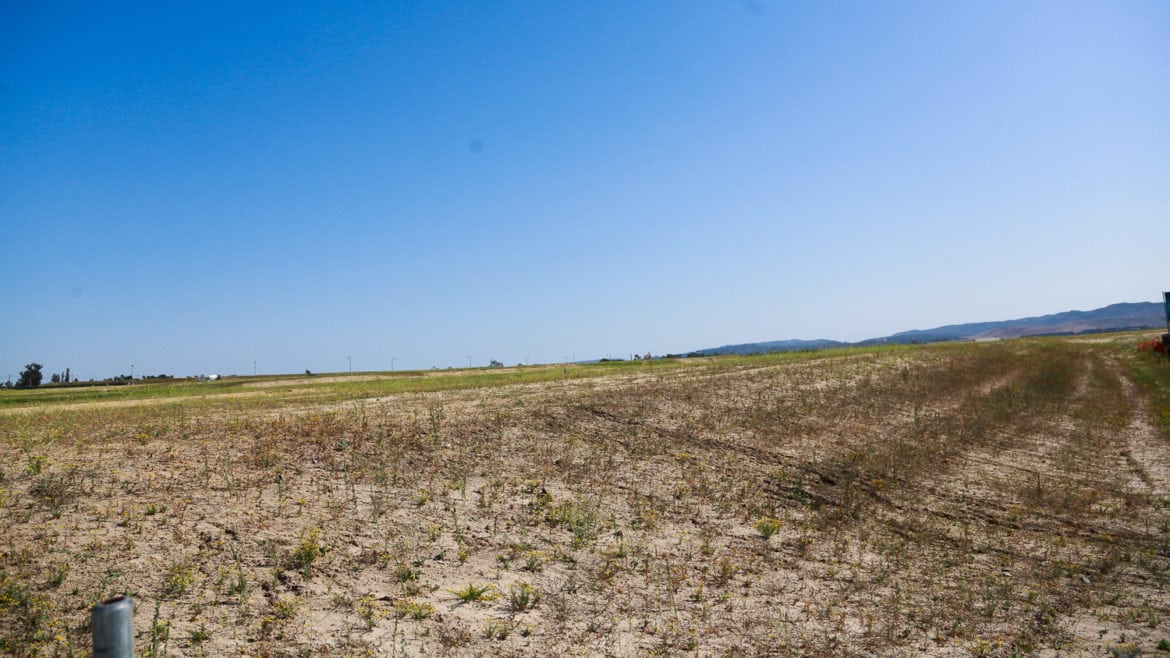 The Irvine City Council deadlocked 2-2 Tuesday night over how to proceed with the development of the Orange County Veterans Cemetery, ultimately taking no new action on the issue after multiple measures failed.

After approving  construction following eight years of discussion, the council is now disagreeing over whether to start construction or turn the land over to the state. Last month the council approved a voter initiative to build the cemetery on a site near the Great Park with portions of the old El Toro Marine Corps Air Station, including a control tower and several hangars that proponents of the site hope to preserve. The cemetery was previously set to go in a different section of the Great Park, on land that was once zoned to become a golf course.

Eventually, the entire site will be transferred to the state to develop a veterans cemetery that is owned and paid for by the state, not the city.

Council members Melissa Fox and Farrah Khan argued that after the long debate over the location, the city should invest several million dollars in beginning demolition on the site and establishing a trails system while it negotiates the transfer of the property with the California Department of Veterans Affairs.

“We have 125 acres that are in the heart of the Great Park neighborhood that’re a total eyesore,” Fox said. “We have clear direction to get moving on a cemetery at this site, and we need to get started on the remediation.”

As part of Fox and Khan’s plan, the state would later reimburse the city for the construction before they could take over the site and build the cemetery.

Council members Mike Carroll and Anthony Kuo expressed concerns over starting construction without more discussion with the state, asking what the rush is and what the funding would look like in the future.

Currently, $24.5 million is allocated toward the cemetery in the proposed state budget, which has not yet received Gov. Gavin Newsom’s signature. Another $700,000 is allocated for a cost study of the hangar site and the golf course site, but local officials are still arguing over whether or not a study is required with the city’s selection of the hangar site.

“I think everyone on this dais is united that they want this cemetery constructed,” Carroll said. “We’re in a heck of a bind here…I think it’s premature.”

Carroll and Kuo were hailed as either heroes or villains by advocates on opposite sides of the issue, with some thanking them for halting any further spending and others saying their decision went against the will of the people of Irvine.

“Tonight the true heroes were council members Kuo and Carroll. Because of their level headed approach…our chances of having a veterans cemetery at whichever site have improved exponentially,” said Nick Berardino, president of the Veterans Alliance of Orange County. “The important thing is not which site it will be built on, it is which site the state will pay for.”

Larry Agran, a former Irvine mayor and one of the authors of the voter initiative approved by the council, said the panel’s decisions to vote against moving forward with construction showed it was obstructing efforts to build the cemetery.

“Obviously these are three people, Shea, Carroll and Kuo, who simply don’t want to build the veterans memorial park and cemetery at the (hangar) site,” Agran said in a telephone call with Voice of OC after the meeting. “There seems to be a city council majority on this issue that is still absolutely resistant to the will of the people in Irvine.”

“They say they support veterans and the veterans cemetery, but their actions belie those words.”

Mayor Christina Shea did not vote on the issue, as she left the meeting part way through the discussion, but gave a brief statement at the start of the meeting stating she was against the motion and would not support any funding allocated to the hangar site.

“And I think if we’re going to be doing anything the cemetery should be dedicated to the state of California,” Shea said. “This whole idea is almost humorous if it wasn’t somewhat scary.”

Kuo said that despite his decision to vote against proceeding with the plan, he was not against the construction of the cemetery and took aim at Agran and Patrick Fuscoe, another proponent of the plan who also served as the chief civil engineer of the Great Park for eight years.

“I know how this night is going to end, it’s going to end with someone saying Anthony Kuo doesn’t support veterans,” Kuo said. “Say what you will about this, it’s a lot of pie in the sky, this is a lot of things that aren’t possible. Something tells me the proponents know it’s not possible, which makes it political. But of course it’s June, and it’s election season.”

“I still stand by dedicating 125 acres to the state provided we have the same assurances we have, which is that you get the land if you conditionally only build this,” he added.

The council did not set any firm date for its next discussion of the cemetery, but Fox said she hoped to have a more in depth discussion on the exact costs of the plan at the body’s July 28 meeting.