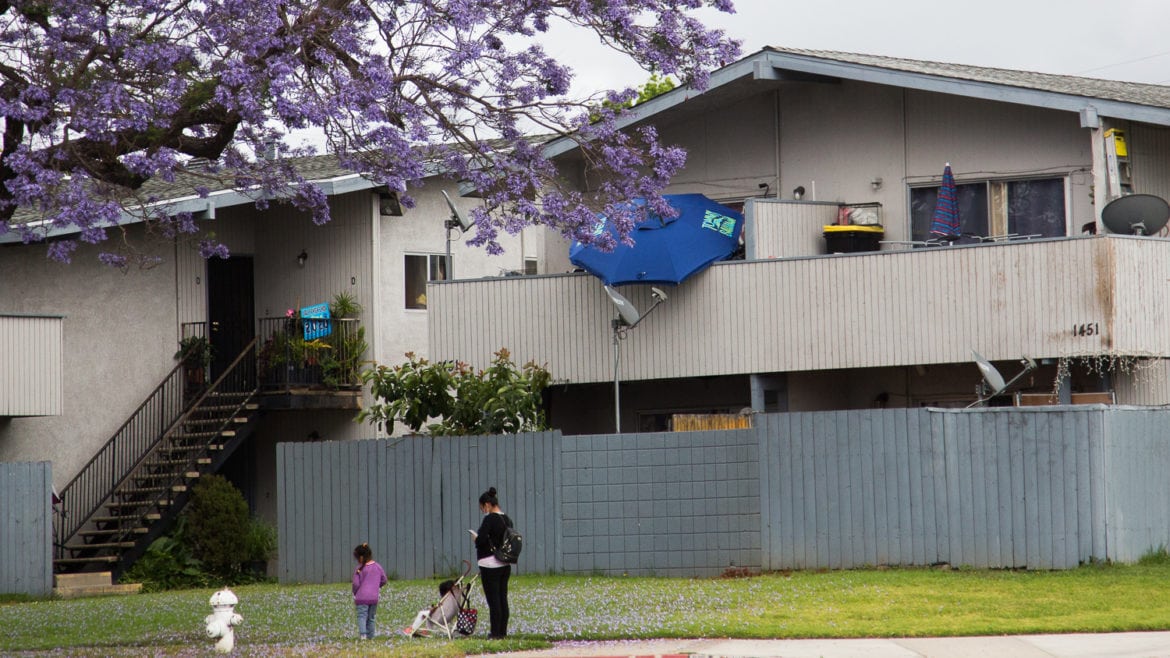 The Santa Ana-based community group, which has over 40 workers who live in underserved communities in those cities, formed a partnership with the county Health Care Agency, through working with interim health officer Dr. Clayton Chau and county Chief Executive Officer Frank Kim beginning late April. The coalition is also working with UC Irvine epidemiologists and medical researchers.

“Latino Health Access responded to COVID since day one. We have our entire staff doing phone banking,” said the group’s CEO, America Bracho, during a Monday virtual news conference.

“So we are today as we speak, we are designing the whole outreach strategy,” Bracho said. “How are we going to give the information in a way that protects us and the county?”

Taken together, the two cities make up roughly 20% of OC’s population, but have 40% of the cases.

Chau has formed a task force to address the disproportionate spread of the virus and has been meeting with some Anaheim City Council members, Santa Ana Mayor Miguel Pulido and a host of various school district officials.

“One of the first things that Dr. Chau focused on is what is happening in our underserved communities and is there a disparity,” Kim said. “That type of epidemiological data or trend that is occurring in different cities and zip codes throughout the city.”

He said now that researchers and county officials have the community-specific data, a targeted public outreach campaign can happen.

“This is truly a disease of disparity, a disease with huge impact on social determinants,” said epidemiologist Bernadette Boden-Albala, who’s also dean of UCI’s School of Population Health.

She said the new cases are increasingly happening in poor and Latino communities.

“We are unfortunately seeing huge disparities. Our Latinx population has been really, incredibly hard hit with COVID,” Boden-Albala said.

“People who are coming back positive, people who are being diagnosed with this disease are consistently coming from lower income areas,” Parker said. “I think it’s important to remember how fast this disease moves.”

A mobile test site is slated to roll out next week, which will be stopping by various neighborhoods throughout Anaheim and Santa Ana to help increase testing for the community.

Bracho said Latino Health Access is training its community workers to serve as contact tracers while also training the community in an effort to understand who’s been close to people who have the virus.

“This is a whole movement in the right direction,” Bracho said.

The coalition has also been working with school districts in both cities, utilizing their community outreach resources.

Meanwhile, the virus has now killed 330 people, including four new deaths reported Monday, out of 13,064 confirmed cases, according to the county’s updated numbers.

There were 485 people hospitalized, including 175 in intensive care units.

Nearly 7,200 people have recovered so far and just over 223,000 tests have been conducted throughout OC, which is home to roughly 3.2 million people.

Orange County has been added to the state watchlist because trends have exceeded thresholds set by state health officials, like hospitalization and case positivity rates.

Sociologists, epidemiologists and community leaders previously told Voice of OC disproportionate virus impact on the low-income, mostly Latino, communities are because the residents don’t have the luxury of working from home, coupled with overcrowded housing conditions.

Anaheim Council members Denise Barnes and Jose Moreno have been advocating for a city health plan or response to the growing number of virus cases in west and central Anaheim.

But their efforts failed to gain traction with their City Council colleagues, with Mayor Harry Sidhu instead shutting down discussion of zip code-specific data showing where exactly the virus is spreading in Anaheim.

While the council members voted to halt evictions and help small businesses and nonprofits with grants, the Sidhu-led majority has been more focused on the potential reopening of the Disneyland-resort area to begin filling a $75 million gap in the city’s new budget.

Sidhu wasn’t in Latino Health Access’ virtual news conference Monday and hasn’t participated in any of their discussions.

Barnes and Moreno have been meeting with various school district officials and the community group.

Gov. Gavin Newsom halted consideration of plans that would have allowed Disneyland to reopen next month, following a coalition of thousands of employees, residents and union officials asking him not to let the resort reopen as the virus rages in neighborhoods surrounding Disneyland.

In contrast, Santa Ana officials have been meeting with the coalition to help stem the rising cases.

“We are going to be following up after this call with Latino Health Access and [Bracho’s] staff and the city manager because we understand that … now it’s putting resources to address the problem,” Sarmiento said. “I am going to push her very hard to make sure that not only we have a presence, but resources behind it as well.”

Anaheim’s Moreno said his council colleagues need to focus on the virus first, then the local economy.

“First and foremost, I think it’s been clear, as reported, that our city’s focus has been developing an economic recovery plan,” Moreno said.

Sidhu formed an economic recovery plan in late March, which also included a $6.5 million bailout to Visit Anaheim, the advertising branch of the resort industry. The advertising agency is normally funded through a self-imposed room tax from resort hotels.

But Newsom, at a Monday news conference, said convention centers, theme parks, sporting events and concerts won’t be opening any time soon because of the increasing virus trends statewide.

“We cannot look to an economic recovery until we know that people are recovered,” Moreno said. “They have to have the confidence to not only go and shop and go to our resort area … but also the confidence of our workers.”

Moreno said the delay in Disneyland’s reopening could be a turning point for the Anaheim City Council.

“That means there’s a shift towards public health,” said Moreno, adding Sidhu could call a special meeting so “that we can truly pivot to eradicating the spread of this virus.”