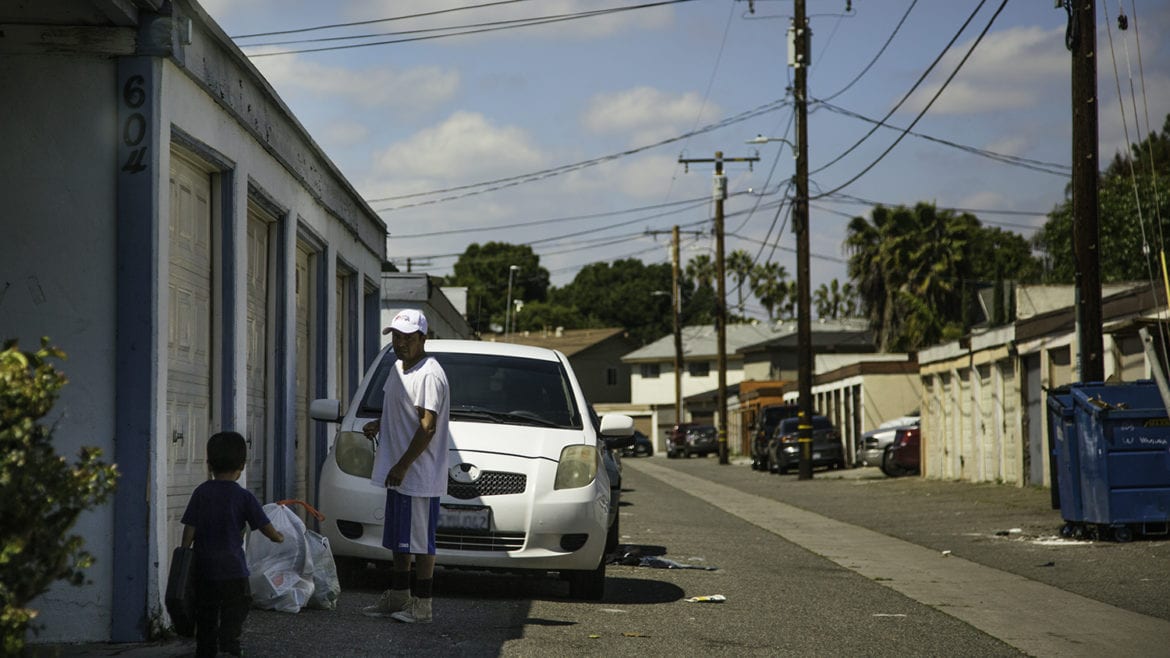 During a virus update at the Anaheim City Council’s Tuesday meeting, Councilman Jose Moreno presented the data, including a powerpoint slide that had spanned from the beginning of the pandemic to June 8.

The county data shows neighborhoods near City Hall and the Disneyland-area resort district were hit the hardest by the virus.

“They’re all working, constantly going to the workforce, coming back in and bringing the virus,” Moreno said. “We have to concentrate on a public health plan for our city. We can’t wait for the county, we know they are all about politics.”

As of Tuesday night, Anaheim had nearly 20 percent of OC’s roughly 10,800 cases. Although it’s OC’s largest city, it makes up just over 11 percent of the roughly 3.2 million people living in the County.

Moreno urged the County release the data to residents because Disneyland is trying to reopen and there’s a raging debate at the County level over coronavirus masks, even though Gov. Gavin Newsom mandated all Californians wear them in public last Thursday.

Acting City Manager Greg Garcia said County officials told him not to share the data, which is broken down by zip codes.

“It’s partly because I’ve been told not to by the county. So I have weekly calls with (County CEO) Frank Kim and I contacted him when I saw there was data done by zip code,” Garcia said.

“The response I got back directly from Dr. Chau is, yes they plan on putting this information out shortly,” Garcia said. “But they asked me please do not share this with the public as they’re still going through compliance to make sure they can do so in a legal way.”

County officials have been reluctant to give out information since the pandemic began.

Officials didn’t release that data until residents and the press corps pushed for it.

For example, unlike Los Angeles County, OC health officials refuse to name which restaurants have seen an employee or customer test positive for the virus.

County health officials also won’t name which nursing homes are seeing a virus outbreak, even though roughly half of the 273 deaths have happened at the homes.

Chau acknowledged the disparities in Anaheim and Santa Ana at a news conference last Thursday.

Taken together, the two cities have 40 percent of all of OC’s cases, but make up roughly 22 percent of the county’s total population.

“These two cities keep me up at night,” said Chau earlier at last week’s press conference in response to Voice of OC questions about Anaheim and Santa Ana.

“We have engaged Latino Health Access, the city government of Santa Ana and Anaheim,” Chau told Supervisors. “With the school district that serves those two cities.”

He also said he’s forming a task force ‘to look at how we’re going to target those two cities … down to the zip code level where the numbers are the highest.”

“I mean if the state requires it, we need to go by this — what is mandated and to avoid any confusion, I do believe we really do need to put out from our city — consider a citywide order affirming the state, Gov. Newsom, that masks should be worn in public in the city of Anaheim,” Barnes said.

She also said Anaheim should team up with Santa Ana, OC’s second largest city, and demand the neighborhood-specific virus data from County officials. Santa Ana is similar to Anaheim, and also has roughly 20 percent of the countywide casis.

“I think that we should work with the County and make it right,” Barnes said. “We are the largest city here, with Santa Ana, in the county and we should have that real power to demand that at this time.”

Moreno said keeping the data private is unfair to residents.

“We’re at high-risk here. This is absolutely unfair to our population,” Moreno said. “You embargoed data about what is happening in our neighborhood on the verge and the eve of our resort district opening up.”

Garcia said he and other city staff share Councilmembers’ frustrations.

“We all share your frustration, 100 percent. I can’t tell you how frustrated I’ve been over the past few days to get us an answer from county health,” Garcia said. “I want new data that we can start sharing immediately.”

Councilman Trevor O’Neil said the spike in Anaheim’s virus count was from the police brutality protests earlier this month.

“We will recall that it was just a few weeks ago that we were experiencing many peaceful protests — that there was a large group assembled in La Palma Park, consisting of Councilmember Moreno and his friends,” O’Neil said. “Assembling without masks, or minimal masks, with no regards for social distancing.”

A majority of protesters were wearing masks and the numerous digital flyers encouraged it. There were also people giving out hand sanitizer throughout the protests.

“Councilmember O’Neil said exactly what I was going to say,” Kring said. “No social distancing, no masks.”

“So the data that I just cited to you — that this trend was occurring in early June and late May, well before these protests occurred,” Moreno said. “You must be some kind of special to find a way to attack young people protesting police violence.”