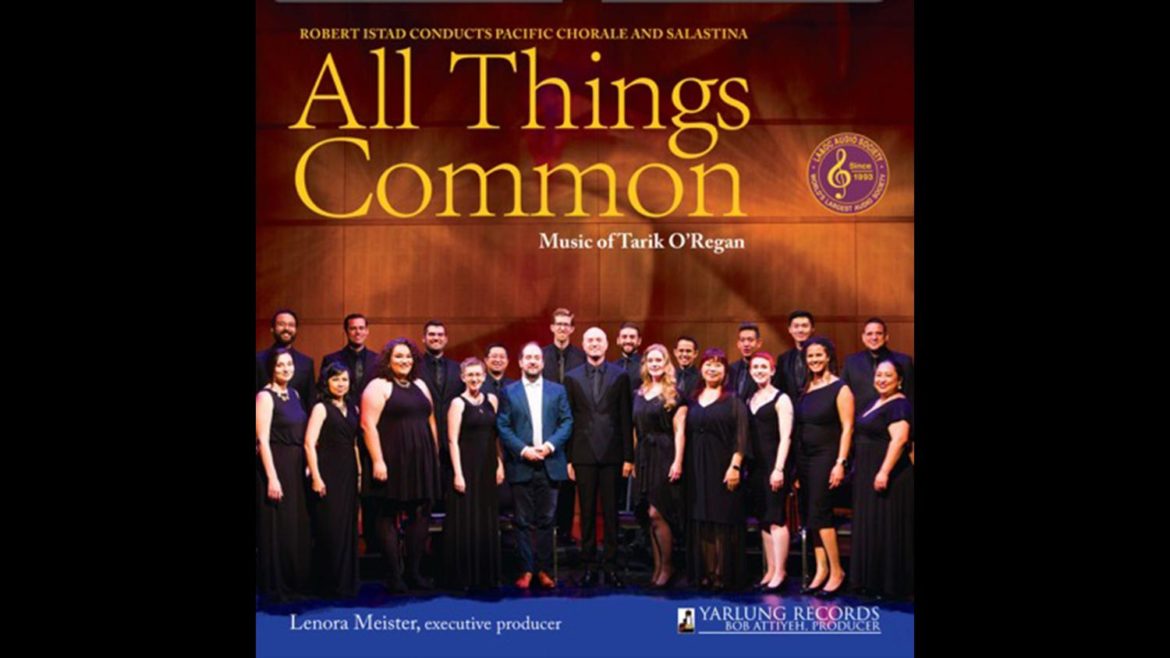 Image courtesy of the Pacific Chorale

CD cover of the 2020 release of music by Tarik O'Regan, sung by the Pacific Chorale.

25 Shares
Share22
Tweet3
Reddit
Email
Editor’s Note: We give our arts critics the latitude to state their opinions of the work they review, and we know they must address many complex and sometimes controversial aspects of an artist’s choices; we also recognize that sensitivity must be exercised in describing them. While Voice of OC might take issue occasionally with the way our critics tackle such challenging subjects, we nevertheless grant them the autonomy to make those decisions. We believe the proper forum to debate them is in the comments section on our social media channels.

REVIEW: The Pacific Chorale, who is still uncertain about when they will be able to perform again, offers the latest works by Tarik O’Regan on CD. The fluent and sumptuous recording is worth a listen.

The Pacific Chorale’s latest recording, its first under artistic director Robert Istad, has come out just in time for the COVID crisis, which is to say that the musicians have something to offer their public at a moment when they cannot meet face to face. (The Chorale has cancelled its annual summer choral festival; plans for performances in the fall are still uncertain.) The recording, on Yarlung Records, of music by Tarik O’Regan, the group’s composer-in-residence, is a striking one, and should keep that public happy. The Chorale has long done good service by living composers, and this disc continues it.

Born in London in 1978, O’Regan is a prolific composer who has written in many genres and who has been performed widely. His opera, “The Phoenix,” based on the life of Mozart’s librettist, Lorenzo Da Ponte, was given its premiere by Houston Grand Opera last year. He studied music at both Oxford and Cambridge and the strong choral traditions there seem to have rubbed off on him — his catalog of choral works is especially large. The Chorale’s recording brings together seven of his choral works, dating from 2001 to 2019. The music reminds my ears, at times, of that of Henryck Gorecki (just here and there), of Benjamin Britten, and of choral music heard on labels such as Harmonia Mundi and ECM. 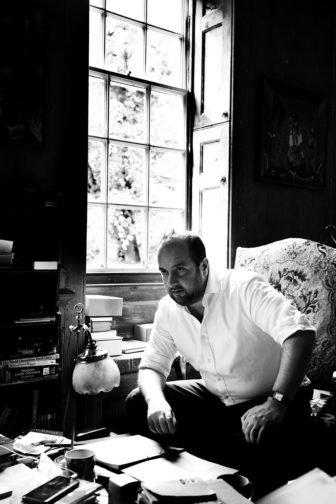 He is an articulate and communicative composer. First, there are the texts he chooses to set here, from the Bible (King James) and liturgy, but also by Walt Whitman, Edgar Allan Poe, D.H. Lawrence and a couple of others, wonderful texts. His musical style is firmly tonal, inspired by Renaissance vocal writing, certain aspects of minimalism, and I suppose the Anglican choral tradition, too. At any rate, he handles the choir with panache; there seems not an unpolished moment in any of these pieces, and many a ravishing one, as O’Regan is a choral “orchestrator,” which is to say, he gets many different sounds out of combining his singers in various ways, often to piquant effect.

In the opening, and title, work of the recording, “All Things Common,” the words “Every kingdom divided against itself is brought to desolation” (from Luke) are set in close rhythmic and melodic canon (very quick imitations, like echoes) that expresses the fractured nature of the phrase. In “Turn,” setting a celestial poem by Albert Verwey, a repeated rhythmic pattern “turns” over and over, giving the music a flowing, spinning feeling, like a planet in the night sky.

O’Regan creates layers of sound in many of his pieces, different strata that unfurl simultaneously but that remain distinct. His “Ecstasies Above,” based on Poe’s poem and the longest piece in the collection, is written for two solo vocal quartets, chorus and string quartet, and gives him many opportunities for spatial effects. The string quartet juices the music rhythmically, even suggesting a touch of Bluegrass. Perhaps the “Magnificat & Nunc Dimittis” shows off O’Regan’s chops mostly blatantly — combining canons, minimalism, plainchant, a vocal quartet, full choir and solo cello in a wonderfully broad sound palette. He was still in his early 20s when he wrote it and can be forgiven for showing his mettle. Still, the piece hangs together.

One of the greatest pleasures of this album though is the simplest and shortest, “I Listen to the Stillness of You,” a brief a cappella setting from Lawrence’s “Amores,” just hushed, sustained chordal harmonies, sometimes far-flung, whispering in your ear.

The recording was made in May of last year, shortly after the Chorale gave a public performance of O’Regan’s work. Istad selected 24 of his 140 Chorale singers for the album, and they were joined by a quintet of strings from the Salastina Music Society. (O’Regan uses the strings most effectively.) Along with the folks from Yarlung, they all headed into the intimate confines of the Samueli Theater at the Segerstrom Center for the Performing Arts. Yarlung, an audiophile outfit — one of the microphones used here was once owned by Frank Sinatra — captured it all vividly, with clarity and space and warmth.

Istad fashions fluent and sumptuous readings, nicely held together over the long haul. Each piece is represented by a single take on the recording, no splices. Minor blemishes are therefore heard here and there, but more is gained by leaving them in, a feeling of a real performance. In the department of having to complain about something, a minor irritation: The CD booklet is helpful and informative, but a listener has to go online to read program notes on the pieces themselves, a cumbersome extra step, at least for me.