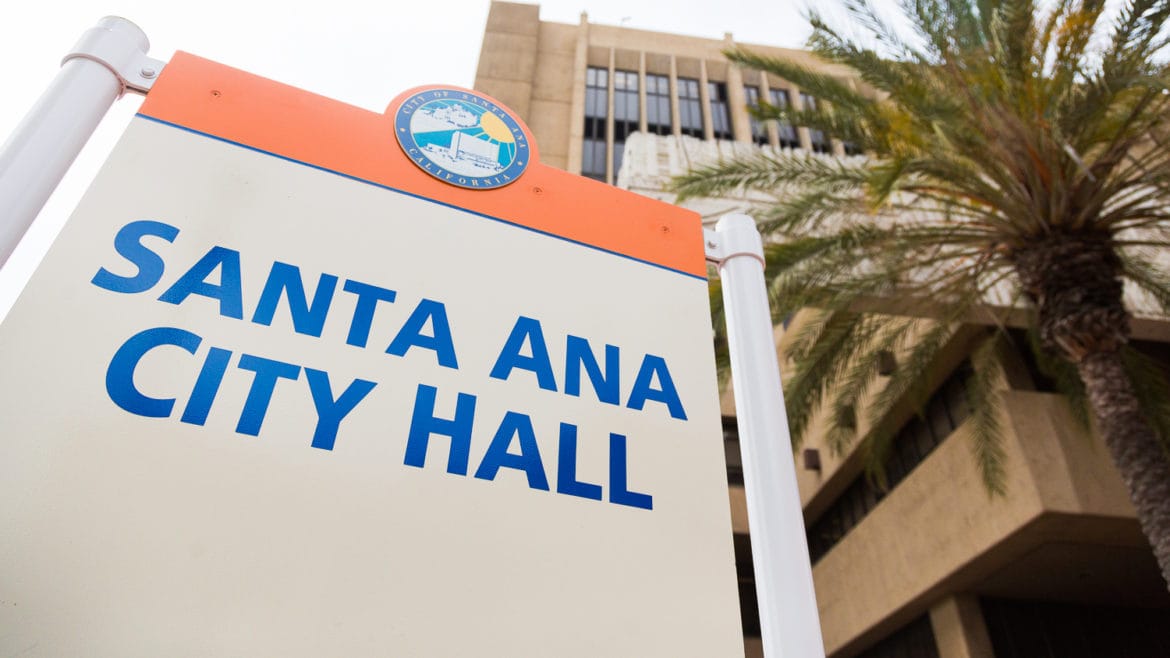 After weeks of trying to configure a public comment policy during the coronavirus pandemic, Santa Ana City Council members Tuesday settled on a format that will continue hearing phone-in input at the start of each session rather than the end.

That understanding — which didn’t happen with an official council vote but was a direction to city staff — comes on the heels of several complications with each effort officials made over the last few weeks to adjust their policies on public comments around technical difficulties and glitches, while at the same time taking coronavirus social distancing guidelines into account.

“We have two issues we have to balance intelligently,” said Councilman Vicente Sarmiento, who along with Councilman David Penaloza put the issue on the Tuesday meeting’s agenda. “One is public health and not endangering anyone who wants to address us, while the other is making sure we protect the public’s right to be heard.”

Throughout the course of the coronavirus pandemic, while some cities in the county, like Anaheim, only allowed for public participation at virtual meetings through email, Santa Ana officials allowed members of the public to call in their comments.

That changed after an initial hearing for a new city budget on June 18, where technical issues backlogged dozens of callers attempting to speak that night on the city’s then-proposed spending plan.

After that night, the council tried to prevent further technical difficulties with a new rule that only allowed in-person public comments that would be made via microphone from outside the council chambers and streamed into the meeting room over a loudspeaker. Social distancing measures would be enforced.

But that policy had been put into place ahead of the council’s final July 7 budget vote, just as news broke of a surge in coronavirus cases — with Santa Ana chalking up the highest case counts in Orange County — resulting in further outrage by members of the public who, concerned for their health, saw it as a stifling of their voices.

Adding to the council’s public comment policy woes was the fact this all took place during one of the city’s most consequential and scrutinized budget hearings in years. Community activists and young residents turned out in droves at City Hall to oppose yet another budget that not only prioritized police spending, but increased it, as hundreds of thousands of local and national demonstrators decried police violence and called for government spending reforms.

The council then reverted back to phone-in comments only.

“Being the hotbed of the county in COVID-19 cases, I thought it was irresponsible of us to ever make constituents come into City Hall and make comments in person,” Penaloza said during the Tuesday council discussion.

He said it’s his hope that once public health guidelines permit in-person observations again for people wishing to avoid calling in their remarks, that both ways of commenting can be an option. 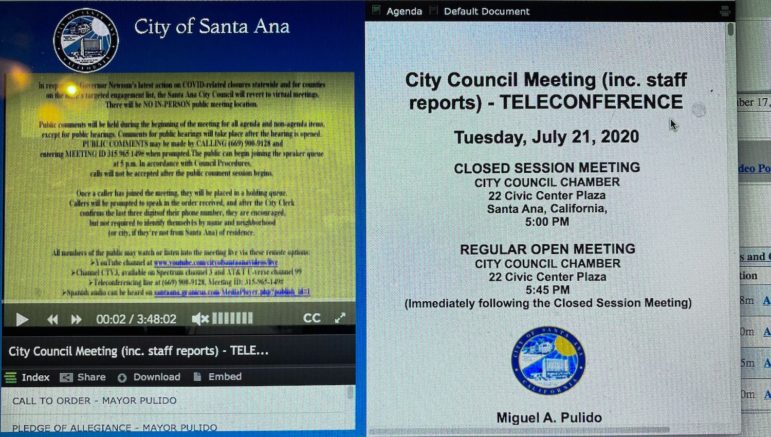 “To each their own,” he added. “But to give the public options, I wanted to make sure we’re transparent and allow for the public to make those comments in any way they feel comfortable.”

If there were any technical difficulties during the meeting Tuesday, they were barely noticeable. That gave council members like Sarmiento hope that phone comments would continue to be a functional participation avenue.

“I think tonight’s meeting has been really well done, and we have to give compliments where they’re due … the public was able to address us, audio came in clearly, there wasn’t much of a delay,” he said.

Councilman Phil Bacerra said while officials are “hearing a lot of constituents express concern about where public comment is located, it’s funny — a lot of folks are appreciating that we’re now hearing comments at the beginning of the meeting.”

Compare that, he said, to the council’s old practice of making people who wished to make general public comments wait until the wee hours of the morning on some days after the council got through the business on the agenda and lengthy policy discussions on the dais. The practice “wasn’t something (constituents) welcomed or really enjoyed,” Bacerra said.

City Clerk Daisy Gomez, who at the council’s June 18 meeting was the subject of community frustration during public comment technical difficulties, agreed that the model of hearing general public comment at the start of the meeting has been working.

She told council members that the current format will continue until circumstances change.