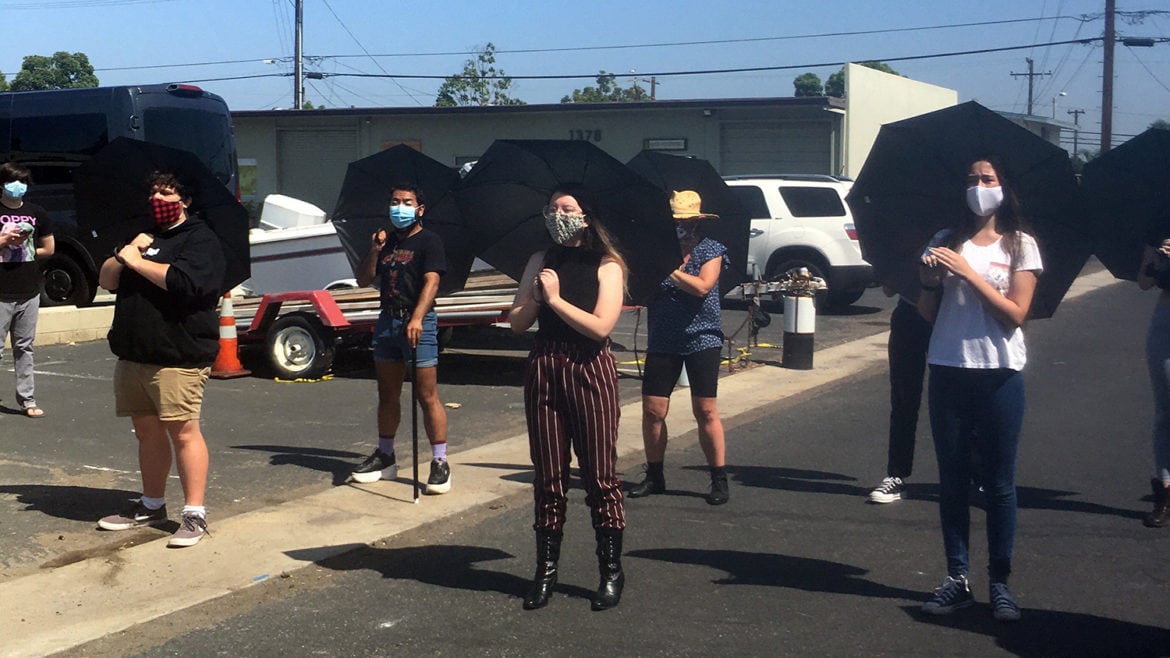 Students of Costa Mesa’s Braver Players rehearse in a parking lot for an outdoor, social distanced production of "Jekyll & Hyde."

By now you know the sad story: live performances are yet another victim of the coronavirus. Like so many other activities where people gather together and enjoy themselves, presenting a show is now too risky to contemplate.

But that didn’t stop Chelsea Braverman. Her youth theater company, Costa Mesa’s Braver Players, will present their latest creation, a full production of the musical “Jekyll & Hyde,” in a responsible, safe way that respects social distancing and other requirements of pandemic-era performing. It will run from Aug. 5-9 in a specially constructed temporary outdoor theater that was quickly conceived, designed and built for the occasion.

“We were in the middle of rehearsing our most current production with our teens,” Braverman said. “We were supposed to go up on the weekend of April 13.” By mid-March, when the effects of the coronavirus began to take effect, Braverman’s cast and crew had already been hard at work for weeks. “We had completed all the blocking; all the music and choreography was learned. They were being measured for their costumes.”

After Sacramento’s restrictions went into effect, Braverman had to postpone the production. But she didn’t cancel it.

“Immediately I continued working (with the cast and crew) through Zoom calls. I would go through scenes and the music with the cast. We always planned to show it at a later date.”

At first, things didn’t look promising. Braver Players faced a huge logistical hurdle: it has its own studio but not its own performance space. It rents venues when needed. “We were supposed to do (‘Jekyll & Hyde’) at the Attic Community Theater in Santa Ana. But they called and told me they were closing indefinitely. I got really sad. I thought, ‘What am I gonna tell these kids?’”

Braverman decided to think outside of the box — literally. “I thought, ‘Why not do it outside? It’ll be safer.  We can do six-feet-apart seating.’”

Braverman enlisted the help of some of the parents of her students. “I knew that dads and moms will do anything to keep their kids happy. So I had a big Zoom call with all the parents, and they were all on board with the idea. Everyone said, ‘What can I do to help?’”

Braverman received permission from the landlord of her school’s studio space to use part of the parking lot for a temporary stage and audience seating area. “The landlord was great. He said, ‘You have my blessing. Way to be creative!’”

The space, not far from the corner of Kalmus Drive and Redhill Avenue near John Wayne Airport, turned out to be ideal for the purpose, Braverman said. “It’s mainly office buildings, so the parking lot is empty by 5 p.m., and we’re doing our shows in the evening.” The audience area will seat about 50 people at socially safe distances from each other. 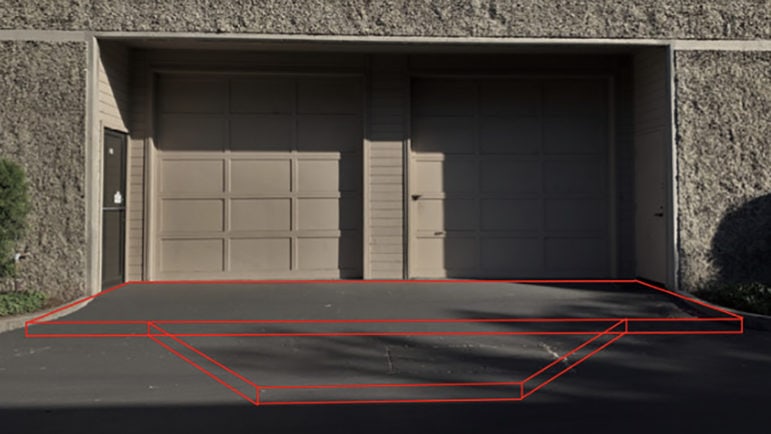 A computer simulation of where the stage will sit for the Costa Mesa’s Braver Players outdoor, social distanced production of “Jekyll & Hyde.”

There are some challenges with the novel set-up. With the exception of the stage, everything has to be “struck” (completely disassembled) every night after each performance — it’s still a working parking lot during the day. “The seats and lighting and sound equipment have to come down,” Braverman said.

But the parents stepped forward again. “I said to them, ‘I need you all in on this. The breakdown after each show will be huge.’ And they stepped up.”

The robust team effort helped every aspect of the production. “We had two dads building the stage, and a former student is painting the backdrop. I feel like everyone is really stepping up to make this happen.”

The parents’ generosity wasn’t confined to participation. “We’ve received donations of close to $4,000 from the parents to continue to operate,” Braverman said. “We’ve had no money coming in from productions, so that really helped.” The Kling Family Foundation and Marty and Eileen Darvin also gave generous donations.

The show itself had to be altered slightly to accommodate the new realities of the coronavirus, Braverman said. Social distancing applies to what happens on stage, too.

“When we went back to rehearsals in July, the choreographer and I had to re-block a lot of the material. There’s no kissing now, and when the ‘murders’ happen they can’t slit somebody’s throat. We’re actually really excited about those challenges. The kids will have to use different acting muscles that they don’t usually rely on. And performing outside is a skill that a lot of them don’t currently have.” 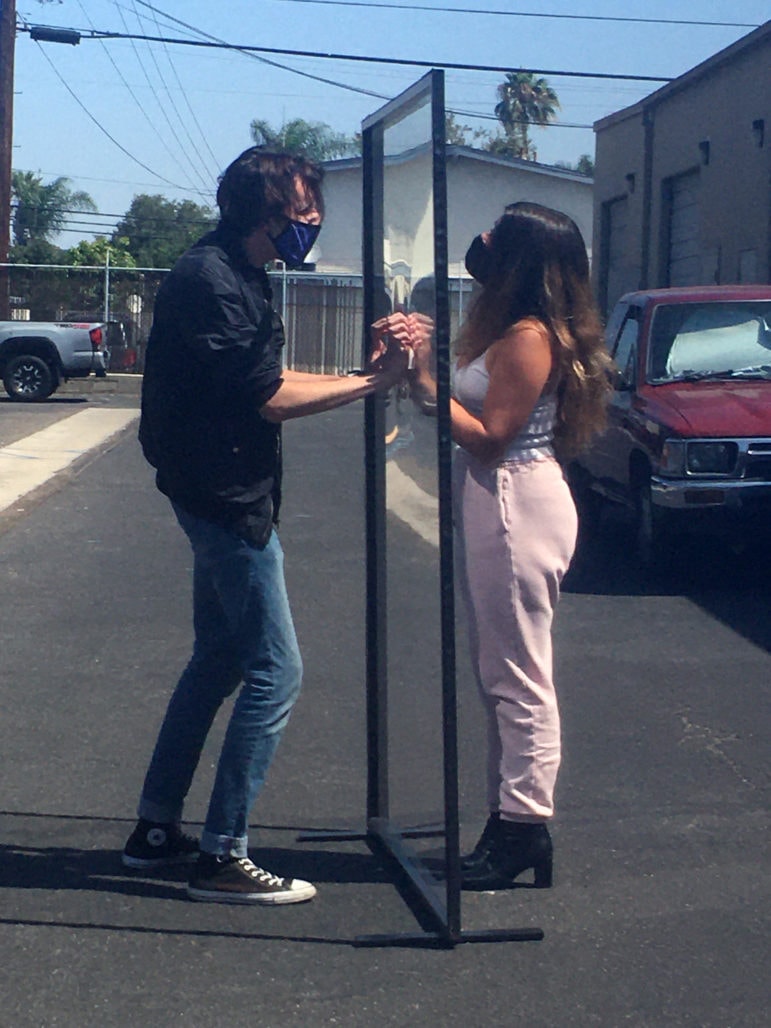 Students of Costa Mesa’s Braver Players rehearse in a parking lot for an outdoor, social distanced production of “Jekyll & Hyde.”

Braverman has been involved with theater her whole life. She performed community theater in high school. At university, she was an English major and a drama minor. “I fell into teaching and directing shows when I went to get a Master’s degree in education.”

Braverman started Braver Players in 2013, and it became a not-for-profit in 2016. “We create these big productions where we rent out different theaters. We perform six shows per year. We’re also in six elementary schools in the area where we mount their productions as well.”

Braverman Players services about 300 elementary students per season, and there are about 150 kids in its own program. “Anyone who pays the tuition gets in,” Braverman said. “We don’t turn anyone away.” Scholarships are offered to some kids whose parents can’t pay. Braverman employs about 18 teachers, a full-time costumer, prop mistress, musical director, choreographer, director and stage manager.

Braverman thinks that the experience of bringing “Jekyll & Hyde” together under challenging conditions is a testament to everyone’s belief in the importance of theater — and her scrappy company.

“What a great thing to teach our kids. You look at every single possibility until you find something that works. And then you all pull together to make it happen.”