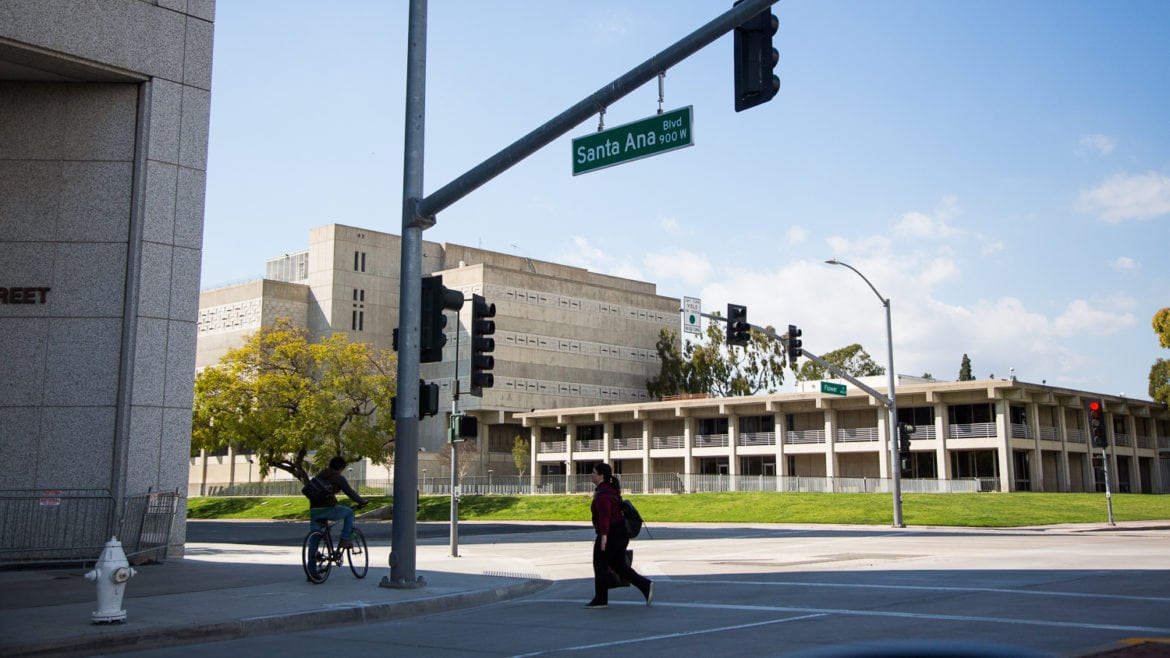 Now some people in jail are refusing to eat until they are given back hot meals and family visitations.

About 300 prisoners at the Theo Lacy Facility in Orange and 120 at the Men’s Central Jail declared they were on a hunger strike on July 4. Deputies removed commissary from the cell of those on strike on July 6 to monitor what they consume, according to an email from Sheriff’s Department spokeswoman Carrie Braun.

“As of today (July 6) at lunchtime 260 inmates at the Theo Lacy Facility and 70 inmates at the Central Men’s Jail have resumed eating jail-provided meals,” according to Braun’s email.

Dolores Canales, the co-founder of California Families Against Solitary Confinement, said that she has been in contact with several people incarcerated at the Theo Lacy jailhouse who told her that 1,000 people started a hunger strike on July 4 demanding the return of hot meals and that the Sheriff’s Department allow visits from family and friends once again.

One of the prisoners at the facility is her son John Martinez who is participating in the strike and called Canales on Saturday to tell her about it. Martinez is incarcerated for a 1994 fatal gang related stabbing in Placentia and is facing charges of attempted murder in connection with the same case.

“Being that visiting is behind glass there is no contact whatsoever in either of the facilities,” Dolores said. “They feel like some kind of program can be implemented maybe with an appointment text schedule or something where they can start to process and begin a visiting program to be reinstated.”

Due to the Coronavirus pandemic, the Orange County Sheriff’s department temporarily suspended people from visiting with people locked up in jail in March, making exceptions for attorneys as well as law enforcement.

The department has allowed people in jail to make two free five minute calls every week as well as allowing access to free stationary and stamps to allow them to send letters to family and friends.

But as a family member, visitations are important to Canales to ensure her son is okay.

“You worry so much even when you’re getting the calls,” Canales said. “It’s very troubling because you want to see and know that they’re okay. Even though it’s behind glass it’s just the reassurance of knowing they’re okay.”

Braun told the Voice of OC in a phone interview that the Sheriff’s department intends to resume visitations as soon as possible and that a conversation on resuming visitations was underway but then they saw that community spread of the virus in Orange County increased significantly.

Braun did not provide an exact date as to when visitations would resume.

“We will resume visiting as soon as we are able to maintain the health and safety of our inmates, the families of the inmates who are going to be coming and inevitably congregating in some way, shape or form, and then also our staff,” Braun said in the interview.

She added that while visitors and prisoners are usually separated by glass, there’s no partition between individuals as they check in for visiting, “nor is there the ability to partition off everyone as they wait for visiting.”

Canales said she understood the need for social distancing in the visiting room while waiting to speak to an inmate through a glass but believes other measures could be implemented.

“I think if we think this through there can be some safety measures implemented, where they can do an online appointment and they only allow a certain amount of people like every hour or something,” Canales said about visitations.

Of the 410 people in Orange County jail facilities that have tested positive for the Coronavirus, 391 have recovered, according to the Orange County Sheriff’s department as of July 6th.

Braun said as of now the department has mitigated the spread of the virus in the general population which they hope to maintain and that new cases of the virus stem from new people booked into jails.

“Since COVID they’ve been getting just two cold sack lunches a day. This has been going on for months now,” Canales said. “You do want them to use safety measures and everything else but on the other hand, that’s a long time with just two sack lunches a day.”

Hot meals were also suspended due to a lack of inmate work crews and to avoid congregation in dining halls as a precaution to limit the spread of the virus. Hot meals resumed two days prior to the hunger strike at the Theo Lacy Facility, according to Braun’s email.

The sheriff’s department is working toward resuming hot meals at all facilities as soon as possible, she said

“We are looking at a variety of possibilities which also include a third party vendor to be able to provide hot meals,” Braun said in the interview.

She refused to provide additional information about the vendor and did not say when exactly hot meals will resume at other jails in the County.