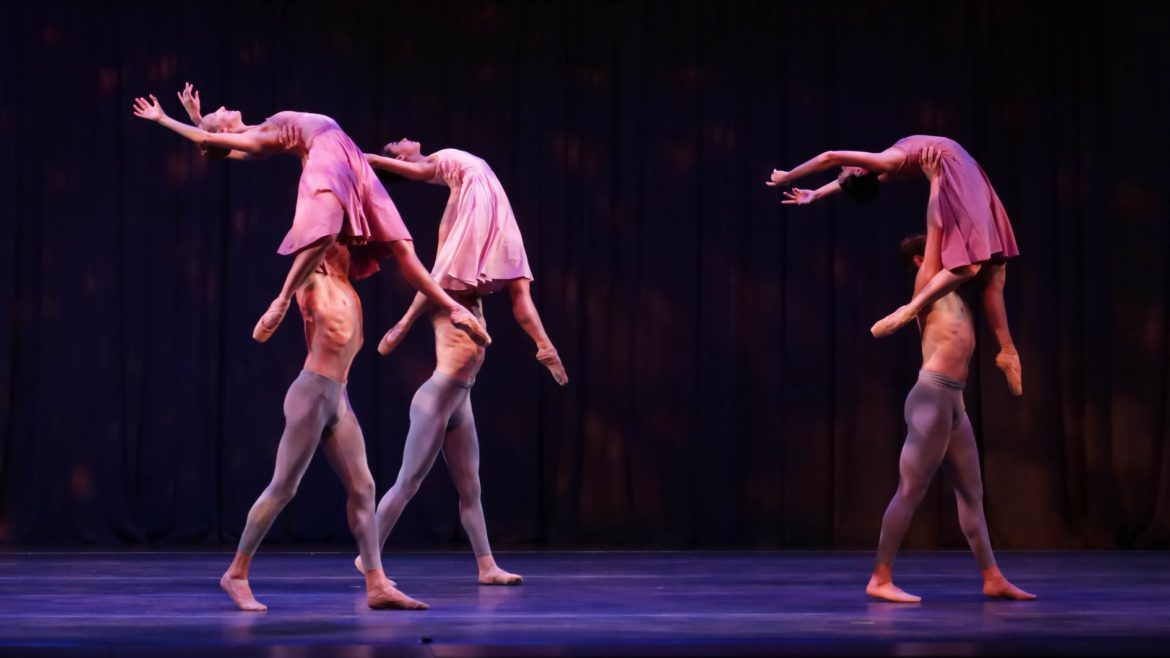 Dancers perform Untitled" by choreographer David Justin during a 2018 showcase at the National Choreographer’s Initiative.

This week, the 17th season of the National Choreographer’s Initiative (NCI) was scheduled to convene on the UC Irvine campus. Alas, like many other things this year, it has been canceled.

Artistic director Molly Lynch recalls the first year of NCI when she thought, “Well, we’ll give this a try and see if this sticks.” Seventeen years, 56 choreographers and over 100 dancers later, it’s safe to say that the annual choreographic workshop has demonstrated its staying power.

But before there was NCI, there was the Pacifica Choreographic Project under Ballet Pacifica. Lynch brought that program to life in 1991 with the intention of fostering the development of new choreography within the ballet vocabulary. When the Irvine-based company closed, supporters urged Lynch to continue the project independently.

“Our community, our dance audience, gets the exclusive opportunity to see choreographers, in the mid to early part of their career, right here,” said Lynch.

She feels NCI fills a role that is not met by the other major performing arts centers in Orange County.

Each year, four choreographers are chosen to workshop new material on UC Irvine’s campus where Lynch is a professor and chair of the department of dance. With dancers and studio space freely given, and the pressures of deadlines and commissions removed, the choreographers are given ample opportunity to create. 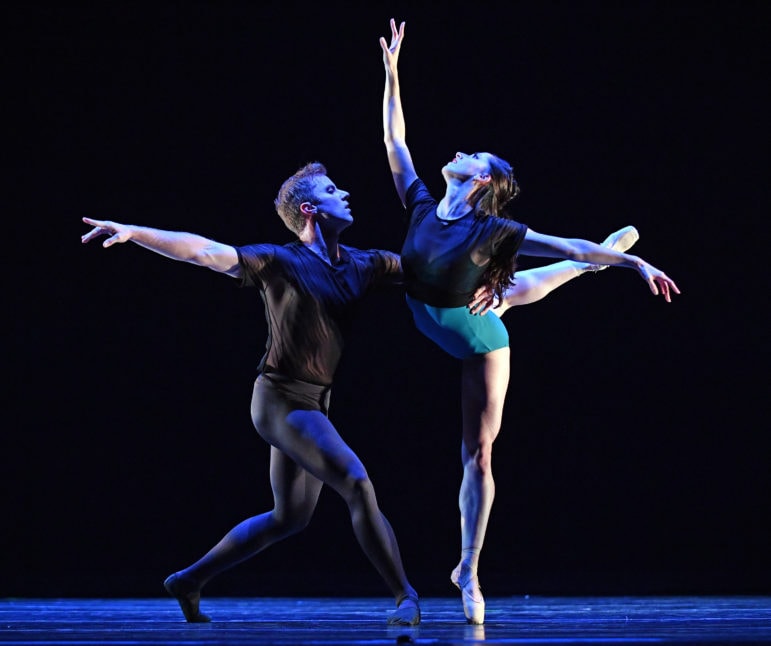 “It’s such a breath of fresh air to have time to experiment and explore,” said Eva Stone, a choreographer based in Seattle who was scheduled to participate in NCI this July. “It is terrifying and exciting, all at once, but what a brilliant idea to give artists who are seasoned and driven, but don’t have the luxury of exposure, a chance. It is such a gift.”

Stone and the other choreographers selected for the 2020 season will not be participating this summer due to the coronavirus pandemic. Their invitation to participate in the workshop will be honored next year in July 2021.

On March 13th, when the coronavirus pandemic was declared a national emergency, Lynch knew she needed to start making some decisions.

“We held on as long as we could, but we were tied to UC Irvine for housing and studio space and to the Irvine Barclay Theatre for the performance. I had to take cues from these partners and for a while we were all just waiting,” said Lynch.

With dancers housed two to a room, and many people expected to fly in from other parts of the country, the odds were not in Lynch’s favor.

“The thought crossed my mind to go virtual, but the choreographic process is such an in-person event. It felt like forcing something just to have something,” said Lynch.

Though the world transitioned to online operations fairly quickly, it was not without its logistical challenges, especially for dance. Pirouettes on carpet and jetés in the kitchen are mostly unsuccessful.

“In the case of us dance makers, artists, performers, as well as all those on the technical spectrum working in the theater, the rug has just been pulled out from under our feet,” said another soon-to-be NCI choreographer Kate Skarpetowska.

“Aside from losing our livelihoods, we lost the ability to engage with others, which is a vital part of our creative processes. In our work, we depend on collaboration with others, we thrive in situations where we can be physically together. Ours is not an insular art form.”

With the decision made and choreographers called, Lynch now says she is in a holding pattern until next year. The advantage, for her, is that NCI is project-based, and while the disappointment of canceling is great, there is no staff to keep on salary and no rent due on a permanent facility.

In lieu of the 2020 event, NCI has spent the month of July sharing a retrospective of the past 16 years. The blasts from the past start can be found on NCI’s Facebook, Instagram and YouTube accounts with videos and photos dating back to 2004. The three-week event will reconvene next year, on July 24, 2021.

“Having NCI to look forward to has given me permission to dream and play, and a solidified return to choreography and the United States,” said choreographer Mari Meade, who recently moved to France.

“It has been an anchor in a time of unknowns. I haven’t started to choreograph yet, but I know the weight of these times, the pandemic, the leadership, and important movements like Black Lives Matter, will affect how I come back into the studio … In a time of waiting and waiting and waiting … I can’t wait for next summer!”

Lynch, too, has high hopes for the anticipated return to the studios. Much like the success of NCI, which was born out of the closing of a revered local ballet company, she feels good will come from this difficult time.

Said Lynch, “I get the sense that people are feeling the need for art. People get a little complacent for it in the good times. And I know there will be some devastation, but it may open doors for other organizations to start.”

Even through the current crisis, hallmarks of National Choreographer’s Initiative — creativity and reimagination — remain key. It’s about looking for new opportunities, not rushing to put everything back together exactly as it was before.