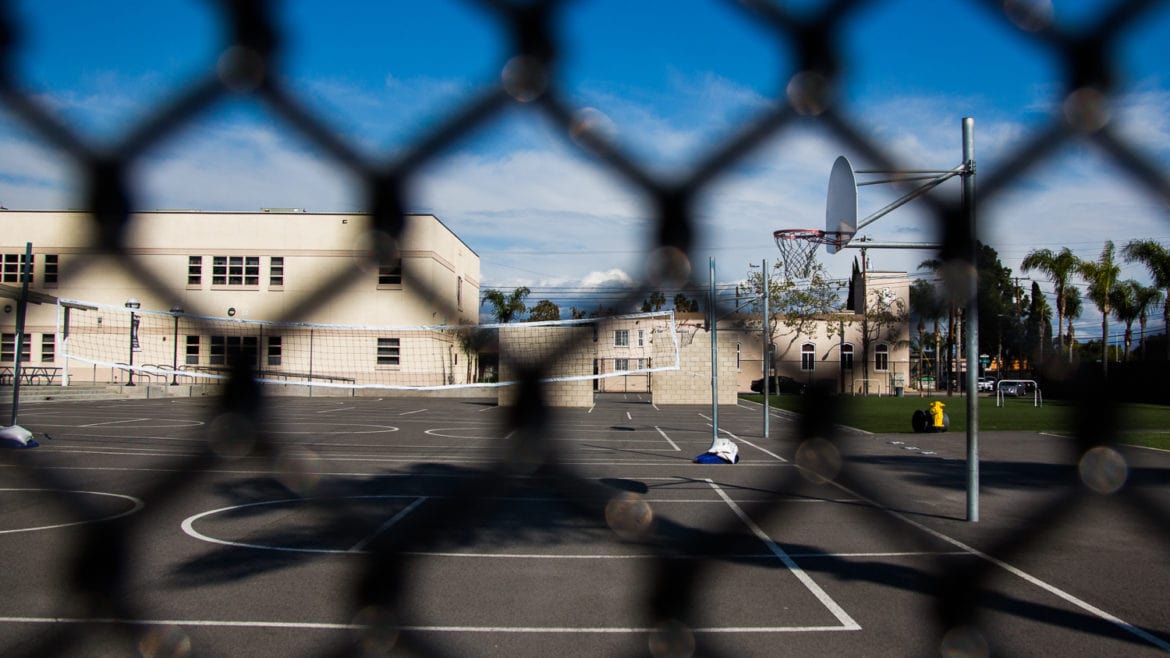 An empty playground sits at Franklin Elementary during the closures of Santa Ana Unified School District schools on March 18, 2020.

Weeks after some kids returned to the field for youth sports and team practices in Orange County, the county department of education is warning school districts that the state’s health department has not yet permitted them to do so.

“School districts are well advised not to operate summer youth sports programs at this time. Once statewide guidance is released, we will collectively work with the local public health officer to consider local community conditions when implementing the statewide guidance,” Riel’s letter reads.

On June 15, the Orange County Board of Supervisors released a statement announcing that youth sport practice could once again reopen with distancing and public safety measures in place.

The press release sent out by the County of Orange cited the state’s department of public health’s guidelines on day camps.

Yet in his letter, Riel warned that those guidelines do not allow for youth sports to resume.

The Orange County Department of Education does not oversee youth sports or athletic programs and it will be up to the school districts to decide whether the practices continue or not. Since the advisory, multiple districts have chosen to shutdown their programs until they receive guidance to restart again.

The Tustin Unified School District, one of the first districts that started their summer athletics program in June after the announcement by the Orange County Board of Supervisors, will be suspending the program after Friday July 10.

“We want to give parents enough notice. I know some districts are doing it pretty quick, but we wanted to give them a few days to make preparations,” said Mark Eliot, director of communications and public information for the Tustin Unified School District.

Eliot said he thinks the coaches and students were prepared for the possibility of summer athletics being suspended.

“Everybody understands this is such a fluid situation that changes daily (and) weekly,” Eliot said.

“It appeared that the California Department of Public Health (CDPH) was saying pretty definitively that youth sports weren’t currently permitted in any county so we were getting those questions,” Hanigan said. “We reached out to them (CDPH) and got an answer that was pretty definitive and inline with what the CBS article said and that’s when we sent out the legal advisory.”

The California Department of Public Health has yet to issue guidelines on reopening youth sports activities and has indicated that guidance would be released in the future.