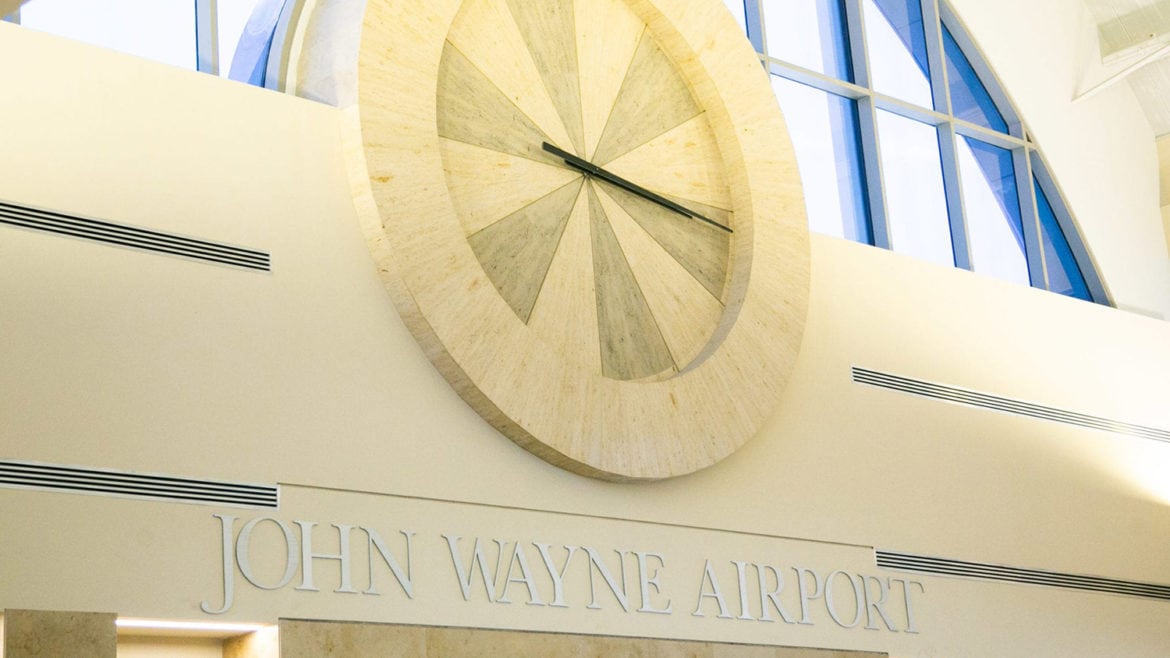 Newport Beach City Council members on Tuesday were in agreement that Orange County officials — upon selecting aviation companies to lease land and service hundreds of aircraft at John Wayne Airport — need to curb any additional noise, flyovers or private jet increases that would affect residents under their flight paths.

Council members also want the county Board of Supervisors, which will make the final decision on the leases next month, to keep their word that a balance of small and large aircraft at the airport would be maintained by whichever companies win the lease contracts.

City Council members in their recommendations also discouraged the construction of a general aviation facility — which officials have said could make the airport more appealing to international corporate jet owners and operators and possibly lead to more flights over Newport Beach — or at least minimize hours of the facility’s operation to the furthest extent possible.

Yet as the seven council members voted unanimously to approve their recommendations, members of the public said concerns remain about the whole process.

For starters, no one at the city has been able to review the full proposals by the aviation companies because the county hasn’t released all the documents as part of the bidding process, said airport watchdog Sue Dvorak during the meeting’s public comment portion.

Dvorak is also a member of the city’s aviation subcommittee, which met the night before and in a split vote approved the guidelines on which the City Council’s Tuesday night recommendations were based.

Part of the committee’s Monday vote — in which Dvorak and some other members dissented — specified that two of the bidding aviation companies, ACI Jet and Clay Lacy Aviation, were most aligned with the city’s wishes for limiting noise and flyovers and maintaining a balance between small and large jets, among other conditions.

But those determinations, Dvorak said, were based on documents that county supervisors “decided to release” — a point made by city officials to committee members on Monday night.

“We don’t have any idea what’s actually included in those proposals — how can you make an educated recommendation when you don’t have all the information you need to review?” Dvorak said.

She and other residents like Charles Klobe also pointed out that the county in April sent back the aviation companies’ bids for modification. 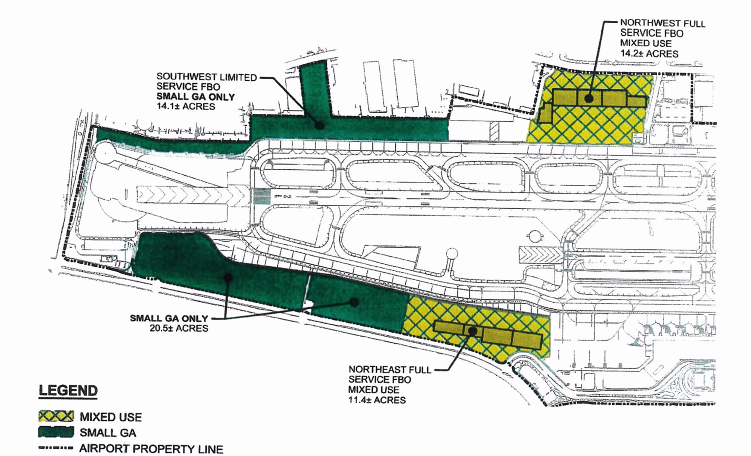 A map according to Supervisor Michelle Steel’s direction last year to reserve space at the airport for small aircraft while allowing larger aircraft in other parts of John Wayne.

Under those new conditions, the companies would limit “medium and large general aviation aircraft” to 25.6 acres of the airport land, and keep 34.6 acres for small aircraft, according to a city staff report.

But the county’s act of sending back those bidding companies’ proposals for modification and resubmission might put those new jet space conditions in jeopardy, Dvorak and Klobe argued.

Airport spokesperson Deanne Thompson, responding to Voice of OC questions Tuesday, said while the companies’ proposals were modified, the conditions that include Steel’s amendment to the jet space acreage “remained unchanged.”

If that’s true, Dvorak said on Tuesday, “it’s important to ask the supervisors to define a way to immediately codify their commitment for the (small and large jet) space allocation through some legal or contractual framework that will protect the original commitment.”

Any outcome of the airport contracts saga that leads to the detriment of the Newport Beach community or appears to lack transparency, Councilman Jeff Herdman said before the vote, shouldn’t be attributed by members of the public to city officials.

“I don’t want to use the word blame, but if the community isn’t happy about the transparency of this process, that needs to be aimed at the Board of Supervisors, and not the city of Newport Beach, the City Council, or the aviation committee,” he said.

Yet he added, “thank god they’re asking us for our recommendations, because they don’t have to.”

“I just want to be sure that Supervisor Steel gets her due recognition and the entire board,” she said, expressing gratitude at the county’s willingness to release some of the documents.

What comes next is a meeting of the county’s own aviation commission, which will make its recommendations on the contract bidders at a meeting scheduled for Aug. 5.

At Tuesday’s Newport council meeting, public speakers, including ACI Jet Chief Executive Officer William Borgsmiller, made the case for his company. The business was one of the bidders the city determined to meet its criteria, though ACI’s proposal doesn’t exclude the possibility of construction of a new general aviation facility.

Newport resident Julie Johnson, speaking during public comment, said the recommendations seemed like they “got pushed through without any kind of real assessment … let’s not make a mistake, and do this properly.”

After all, she pointed out, there are planes flying over their heads every night.