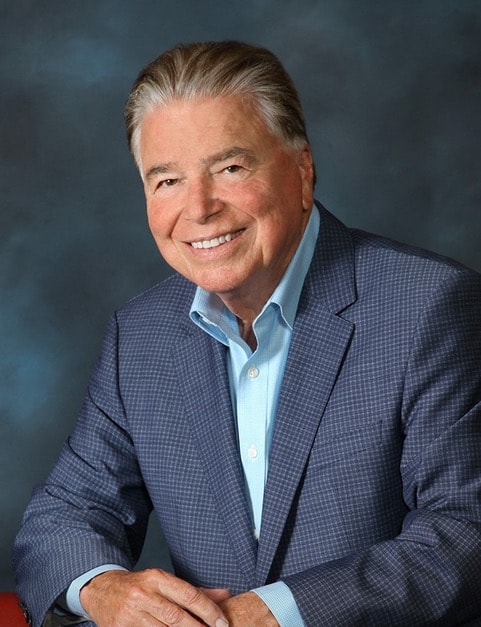 On the very day Chapman University Dale E. Fowler School of Law welcomed its first year students for the fall of 2020 a lightning bolt hit the law school.

The bolt hit as Dean Mathew Parlow greeted Chapman’s historically strongest class In terms of LSAT scores and GPA and the most diverse class in our history (52% Diversity), the class with the highest percentage first generation college students (40%), all a reflection of the commitment to diversity and excellence!

What was the bolt?

A former Dean and current law professor, John Eastman, posted a Newsweek Op Ed where he made the absurd argument that California’s sitting U.S. Senator Kamala Harris was constitutionally not qualified to run for Vice President despite being born in Oakland, California. Sadly in today’s internet world you can throw out an absurd thought without any real credibility and thereby damage innocent people. One would think a real scholar would know better. Nationally recognized Constitutional scholars have universally debunked Eastman’s article as shoddy and inaccurate and flying in the face of the 14th amendment. Newsweek has apologized for printing it in the first place noting that it resulted in vile birtherism directed at Senator Harris. One has to question Eastman’s loyalty to his school, students, and alumni to subject them to such potential ridicule from its legal peers including law school deans and faculty throughout the United States, in addition to its lack of merit, putting in jeopardy Chapman’s dramatic rise in the national rankings.

Now Chapman finds itself in an untenable position. A tenured endowed chair professor has written an article universally considered racist and xenophobic, and which reads as the ranting of a political operative rather than a serious legal scholar. What can they and should Chapman do? A debate has arisen regarding Chapman’s strong policy in defense of free speech, which I and many others support. It has appropriately sparked discussion among its faculty, students, and alumni regarding the limits of free speech and the appropriate response to odious free speech.

What is often missing in these debates is that the University and its leadership and faculty also have the right of free speech. For instance I have the right to point out its inaccuracies if not downright deliberate fake research, or as some kindly call it “shoddy.” I do so as an attorney, not an academic (though I did get a high grade in Constitutional Law). But frankly it is as simple as one commentator put it, “born in Oakland, California, end of story!”

I and others have been besieged with comments from alumni, academics and fellow lawyers, with some questioning the University’s values. Let me be entirely clear, within the Chapman Community the great majority value Diversity and celebrate the extraordinary selection of a woman of color to be on a national ticket, whether or not they intend to vote for that person. This is not political– it is about embracing our differences.

The faculty is currently circulating a petition requesting that Chapman reiterate its commitment to diversity and inclusion and asking the administration to make a strong statement about those values, and reaffirm its commitment to moving forward with those initiatives. I would sign such a petition if I was eligible. Whether such a statement is made or not will not be the telling point since ultimately it is always actions which mean more than words. Let its action continue with clear goals and strong and clear measurements. The performance of the law school as noted at the beginning of the article is a clear example of where our University is making a difference. There are many other examples.

That is the Chapman I support and respect.

P.S. I also want to be clear that these thoughts are my thoughts alone though clearly inspired by those of you who reached out to me.