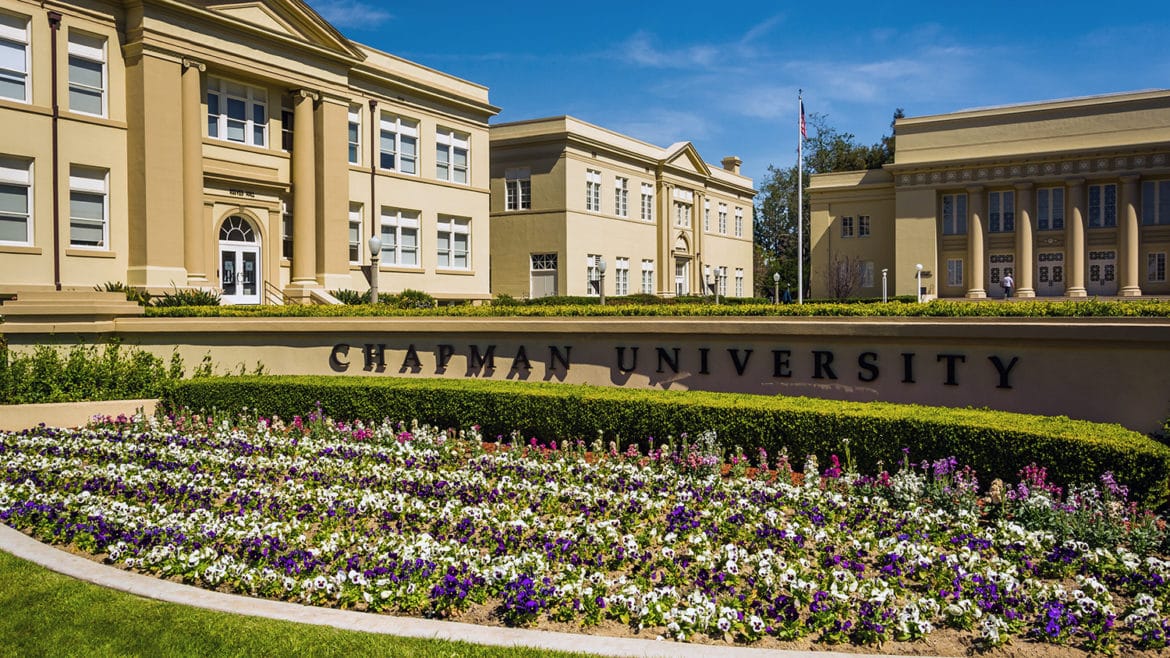 More than 200 Chapman University faculty are demanding that school officials recommit themselves publicly to diversity and inclusion reforms, responding to a fellow professor’s viral op-ed that questioned whether Democratic vice presidential pick, Kamala Harris, could legally become president over her parents’ citizenship status despite being born in the U.S.

The argument, since its Aug. 12 publication, has been associated by critics with racist conspiracy theories that first targeted former president Barack Obama, alleging he was ineligible for office on false claims he was born in Kenya. The collective conspiracy theories came to be known as “birtherism.”

An online petition signed by hundreds of Chapman faculty is now calling on the administration to enhance or reaffirm its diversity and inclusion policies and commitments.

Chapman University’s own Chairman of the Board of Trustees, trial lawyer Wylie Aitken (also a Voice of OC board chairman), in a response op-ed criticized Eastman’s argument as “absurd” and voiced support for the faculty petition.

“I would sign such a petition if I was eligible,” Aitken wrote.

After initially opting not to step into the debate, Chapman University’s President Daniele Struppa issued a statement Monday morning, refusing to take a stance on the issue but defending faculty members’ academic freedom to make an argument.

“First, the university is not responsible for the ideas of its faculty. As President, I will neither endorse nor refute them. The strength of a university comes in its commitment to free speech and to academic freedom,” Struppa wrote. “We cannot simply pick and choose when to support free speech, despite the personal views of the president, provost, dean or any university administrator.”

Struppa also defended Chapman’s commitment to diversity and inclusion, adding “when incidents of division and injustice impact our community, they do not reflect the entire community nor should they be interpreted as to alter what is our concrete commitment to those values.”

Eastman’s Newsweek piece, which the publication has since apologized for, questioned whether the U.S. Constitution actually grants birthright citizenship to Harris — who was born in Oakland, California, in 1964 — questioning whether Harris’ foreign-born parents had insufficient legal residency status that negated her own.

Harris, a California senator running alongside Democratic presidential candidate Joe Biden, is Black and Indian. Her parents are from Jamaica and India.

“Chapman is being associated with the vilest notions of anti-immigrant sentiment and racism, via birtherism 2.0.,” the university’s Humanities and Social Sciences professor, Lisa Leitz, who started the online petition, said in a statement on behalf of the petitioning faculty.

Eastman in a phone interview denied trying to push racist conspiracy theories with the op-ed in response to the possibility of Harris taking office, saying “I have been taking the exact same position for 20 years.”

The Constitution requires presidents to have been born in the U.S. The Citizenship Clause of the 14th Amendment also specifies that people “born or naturalized in the United States and subject to the jurisdiction thereof, are citizens of the United States and of the State wherein they reside.”

Federal courts have upheld that people born on U.S. soil are citizens regardless of their parents’ citizenship.

The Supreme Court’s 1898 ruling in United States v. Wong Kim Ark ruled that children of Chinese non-citizens — technically subjects of the Emperor of China at the time — automatically became U.S. citizens because they were born in the states to people permanently staying there.

The U.S. Dept. of Justice in a 1990s legal opinion stated that the “subject” phrase applied to “children born in the United States of foreign diplomats, with the single additional exception of children of members of Indian tribes.”

“Apart from these extremely limited exceptions, there can be no question that children born in the United States of aliens are subject to the full jurisdiction of the United States,” wrote a top attorney at the department’s Office of Legal Counsel, Walter Dellinger.

Eastman over the phone Monday acknowledged “It’s certainly not the majority view among scholars,” but said he believes the issue around the “subject” portion of the Citizenship Clause is one that hasn’t been truly resolved by the courts, despite prior rulings.

“It’s a real simple question,” he said. “I think it’s high time we address this matter.”

Han said that while the debate over the “subject” clause may be researched, studied in classrooms and touched on in thesis papers, “the legal record has since shown we’re not misinterpreting it now.”

Yet many of Eastman’s colleagues at Chapman see his argument as “poorly argued, inaccurate, and racist.”

“Prof. Eastman’s approach … does not reflect who Chapman says we are and what the University claims to be doing to realize a more inclusive community,” reads the faculty’s online statement.

“I have pledged to some of my colleagues at the law school who raised that concern that I would write a very strong rebuttal to such a misuse of my article if they can point me to a single instance where that is the case, but nobody has. I’ve not seen anything.”

Faculty also called on the university to “make a statement about our university’s values relating to diversity and inclusion, and reaffirm its commitment to moving forward with initiatives and leadership on these issues at Chapman.”

“Given that Chapman has made diversity and inclusion a central value of the university — especially over the last decade — we felt we needed to take a stronger stand. There’s a great need at Chapman to demonstrate what we truly value,” said Leitz over the phone on Monday, adding that more diversity is needed among faculty and staff.

Chapman President Struppa reiterated the university’s commitment to diversity in his statement.

“Equal to my commitment to free speech, is my unwavering commitment to a diverse and inclusive community at Chapman. One that is stronger than the voice or act of an individual,” Struppa said.

Yet Leitz, who’s a professor in the Department of Peace Studies, emphasized the goal isn’t to restrict Eastman’s speech or opinions.

“I do believe (free speech restrictions) can be used against me on the left just as it can be used on the right to curb their speech,” Leitz said. “I’m just saying as an institution, we need to be clear on what we stand for.”