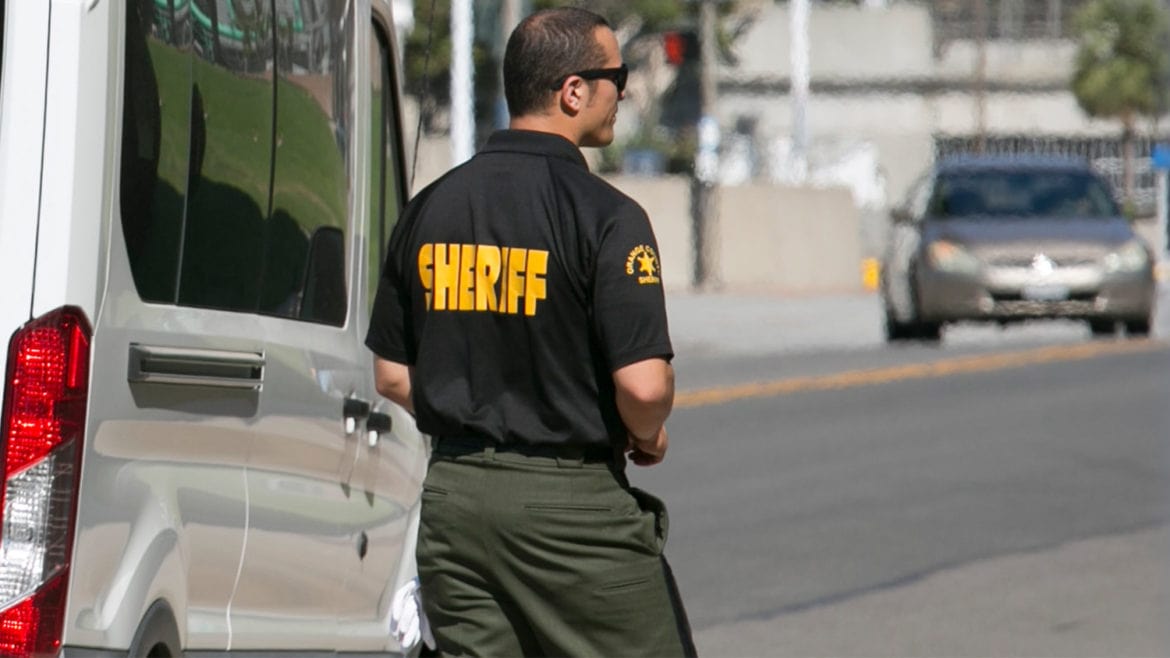 A planned use-of-force policies investigation in Orange County will focus on the Orange County Sheriff's Dept. and will similarly look at the training law enforcement officers receive, review processes for incidents, and the policies guiding officers’ behavior

Orange County’s police watchdog agency, which for years remained vacant and steeped in controversy, is currently a one-man shop.

The investigations will also focus on the county’s Probation Dept. and Public Defender’s Office.

It’s the first set of probes the OIR, which has sat vacant since 2018, has announced in years.

Perez, newly tasked with overseeing the county watchdog function, was appointed to the position by a Board of Supervisors’ vote in March. He told Voice of OC he’s in the latter stages of feeling out for more staffers.

But there are questions as to whether Perez in his role will be truly immune from the influence of the elected officials and agencies he’s reviewing.

Stephen Connolly, the OIR’s first director – after its establishment in 2008 – resigned in the face of a jailhouse informant “snitch” scandal and questions over his closeness with former sheriff Sandra Hutchens.

The issue has played out in other county agencies with executives whose functions are similarly intended to be independent.

Over the last several weeks, there have been concerns raised about county Public Health Officer Dr. Clayton Chau, who’s supposed to act independently of the county supervisors who hired him, but has approached coronavirus public health measures in a way that’s in step with the rhetoric and pressure of his elected bosses.

That’s compared to his predecessor, Dr. Nichole Quick, who took a harder-line stance on issues like mask mandates but resigned in the face of a death threat and pressure by supervisors questioning her decisions.

At Perez’s office, his own report describes OIR’s days before his arrival as “a tumultuous period characterized by unsteady staffing, questions about its utility and independence, and scant public output.”

Asked about these autonomy concerns, Perez told Voice of OC “People are going to have questions about your relationship to your appointed authority. I think the Office of Independent Review has been set up to be an independent oversight agency. And that’s my commitment. That’s why I took the role.”

“Now, sometimes, that isn’t easy,” he said. “But that’s the way oversight works … the office has been set up to be independent and that’s exactly what I intend to live out. I wouldn’t have taken the job, if I didn’t think that that was a very possible thing.”

The upcoming use-of-force policies investigation is a response to local and national movements questioning the role of law enforcement in public safety – and it will be the priority, he said.

His report adds “the OIR is well-situated to meet the renewed local scrutiny on government services that followed recent disclosures of local evidence handling issues and the tragic murder of George Floyd in Minneapolis.”

“When I believe changes are necessary, that is likely to make certain people uncomfortable, especially given how tortured the history of the OIR has been in Orange County,” he said. “So I expect there to be tough conversations.”

As a state deputy attorney general, Perez worked on a report on the Sacramento Police Dept. following the fatal police killing of Stephon Clark, a Black man, that recommended changes to police policies and training around use-of-force and police shooting investigations.

Meanwhile, the planned probe into the District Attorney and Sheriff over evidence-booking issues comes on the heels of vocal criticism by Assistant Public Defender Scott Sanders, and media reports, that Sheriff’s deputies had been failing to book evidence on time as required under department policies.

Sheriff Don Barnes announced earlier this month his own department’s investigation into the issue had expanded and was discovered to be more widespread, with additional cases of evidence being booked late, or not at all, being referred to the District Attorney’s office, which has also launched its own review of the scandal.

Perez in his office’s status report says the investigation will only look into cases where evidence wasn’t booked at all, partly citing limited resources.

Sheriff spokeswoman Carrie Braun, asked for comment on OIR’s planned investigations, on Friday said “we have met regularly and have an open line of communication with Mr. Perez” and that “up to this point we’ve had nothing but a collaborative solutions-based partnership with the Office of Independent Review.”

Perez’s office has also entered into two agreements with the county and the Sheriff’s Dept. for guidelines on information-sharing and access to files.

Since his appointment, he’s also been working with the Social Services Agency Director Debra Baetz “on identifying best practices to ensure that SSA can better identify and address likely instances of employee fraud.”

He added that, in the end, “I do want to keep the relationships constructive.”

“I’m not here to be a sort of political brawler. I am in this role to help establish a legitimate and honest accounting of what took place, to focus on recommendations that are designed to improve the systems that I work with. That’s always my focus.,” he said. “And that’s how I think the county wins. And that’s how I earn my paycheck.”

Meanwhile, Perez is now looking to pursue and advocate for “more resources” for his office — once the financial uncertainties of a coronavirus health pandemic subside somewhat – “because we are undersized when compared to other peer agencies.”

Especially, he added, “given the number of county departments that the office” will be working with. Five of them to be exact.