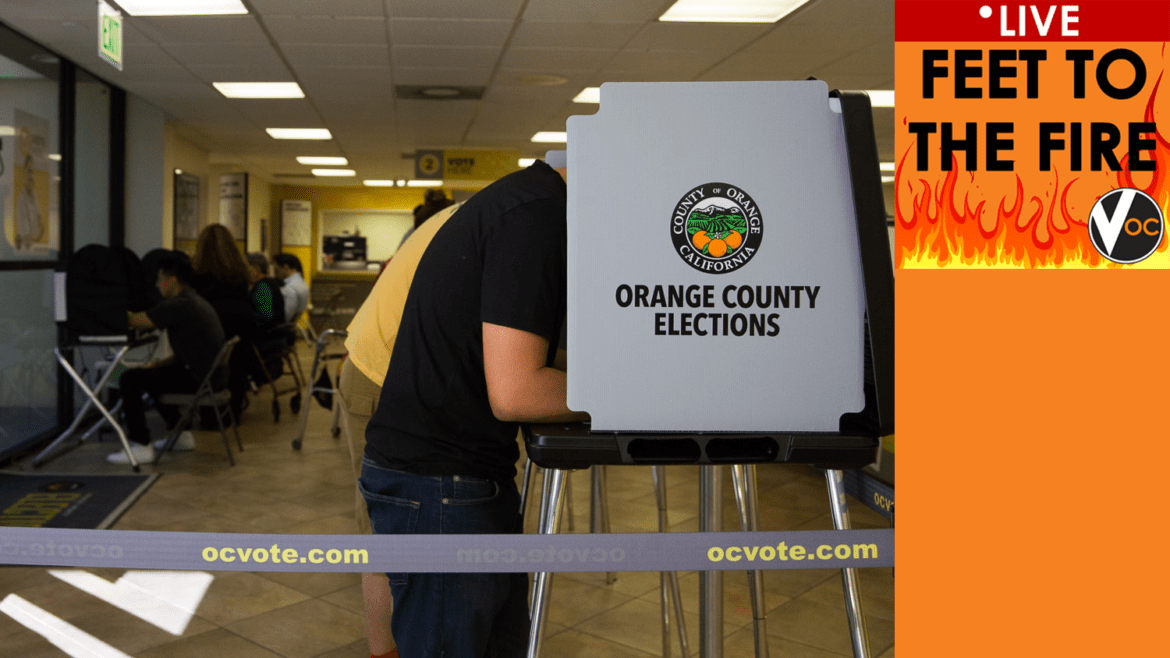 The first fall OC Feet to the Fire 2020 live election podcast will air live via video on the Voice of OC website and on Facebook at 5 p.m. Wednesday, Aug. 19.

Voice of OC debuted the election-focused podcast for the March 2020 primary election and promptly exceeded audience expectations and stretched beyond available bandwidth. The series brought in the county’s political experts and leaders for the best local political news discussions every week.

The podcast takes its name and emphasis stems from the groundbreaking news and analysis forums held across Orange County for more than a decade — holding elected officials and candidates feet to the fire. That series was started through the champion efforts of Orange County journalists Norberto Santana Jr., Barbara Venezia, now a Voice of OC Board Member) and John Canalis.